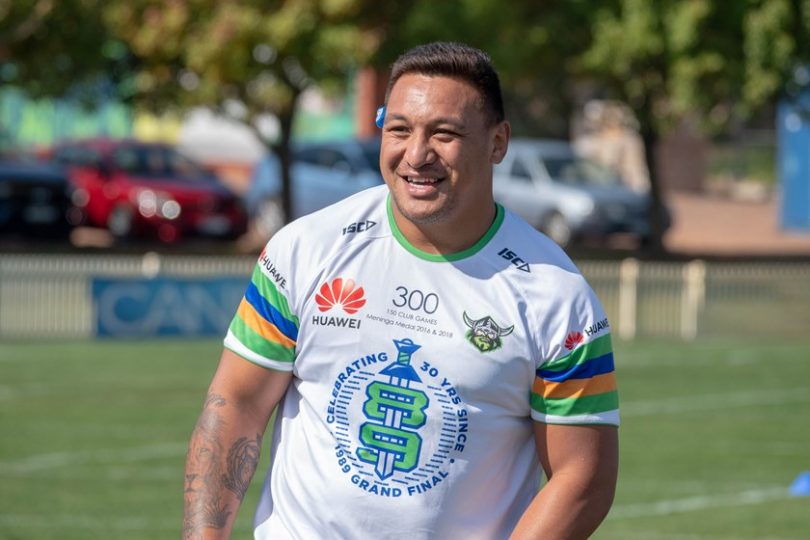 Papalii believes the side’s recent good form is down to a renewed hunger. Photo: Supplied.

Last season in the lead up to the Green Machine’s round six clash, the Queensland State of Origin and Australian representative was coming back from a stint with the Mounties after an underwhelming start to the season.

Fast forward to 2019 and the Raiders are sitting pretty in the third spot on the NRL ladder after their third win in a row. Papalii is coming off a stellar performance against the Eels which saw him score the opening try, break seven tackles and run for 154 metres.

But Papalii is adamant the side is not getting caught up in their good form and are focused on one game at a time.

To prove it, he will hold off digging into his stash of Easter eggs until the side brings home the chocolates against the Brisbane Broncos at GIO Stadium on Sunday afternoon (21 April). But if the Raiders do claim their first win in seven games against the side that holds the wood over them in the past five years, Papalii will reward himself with a 24-pack of chocolate goodies.

Papalii believes the side’s recent good form is down to one thing: hunger.

“I think everyone is a bit hungrier this year,” he said. “With the last two disappointing seasons we have had, I think it is really pushing the club as a whole.

“Not only are the NRL boys performing but our feeder club Mounties are performing, which is pushing everyone for spots and it is making Canberra a healthy place to be.

“But it’s only round six and we haven’t really achieved anything. It is still early times and things can change.”

The Raiders have performed a miraculous 12-month turnaround as the side has gone from one of the worst defensive sides last season to the best defence in 2019, leaking a meagre 44 points after five games and keeping two clean sheets.

The club hopes the lure of the side’s good form and Easter eggs being handed out throughout the crowd on game day will attract a big crowd to GIO Stadium.

“We know Canberra fans come out on Sundays and support their team,” Papalii said. “I know the boys are pumped for a4 o’clock game, especially on Easter Sunday.

“Hopefully we turn up and do the job.”