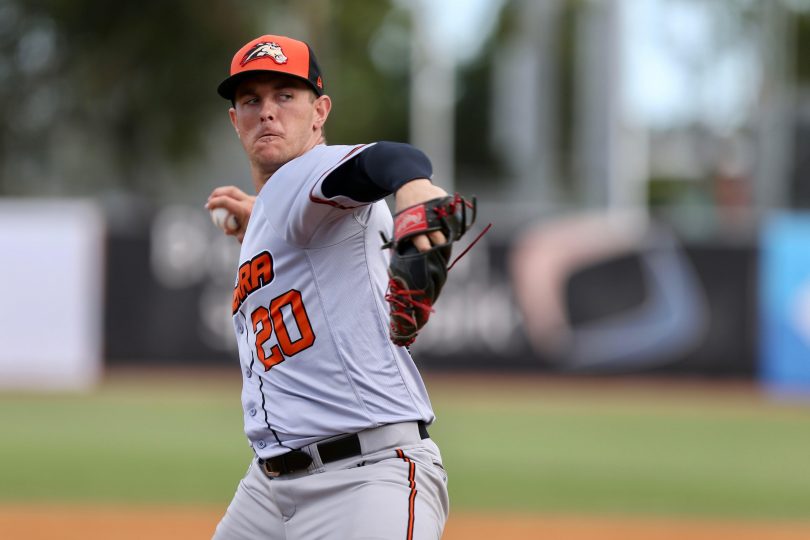 Sports fans and the local community love a great comeback story and that is what Canberra Cavalry pitcher Josh Warner has produced after enduring a mixture of highs and lows throughout his baseball career.

The low point was in 2015 when the former Philadelphia Phillies Minor League player sparked one of the biggest onfield scuffles in Australian Baseball League history. While playing for the Brisbane Bandits, Warner threw a wild first pitch that struck the head of Cavs player David Harris. Both teams emptied their benches and began fighting.

The incident hung over Warner’s head as he took a step back from baseball for two years. Eventually developing the itch to play again, Warner trained hard and Canberra signed him up in 2018.

The pitcher struggled with injuries during his first season, resulting in limited playing time and a drop in confidence. Instead of dwelling on this setback, Warner worked hard and clawed his way back to become an essential member on the Cavs’ roster in the 2019-2020 ABL season. He even received a call up to the Yokohama DeNA BayStars training camp in the Japanese Central League, as well as selection for Australia.

Despite this success, Warner says he makes sure he keeps everything in perspective because he believes his story is not yet complete.

“It was definitely a great feeling having my family come down to see me play for Australia for the first time,” says Warner. “That was something really special. In saying that, it’s still not the final goal. My goal is to get to the Olympics. That would be the ultimate feeling of success.

“It’s something I decided to do for myself three or four years ago and I have just put my head down and worked hard. I have always imagined walking out at the opening ceremony and having all the athletes around. It would be something you could never comprehend in your wildest dreams. I’m definitely going to keep working hard to get there.” 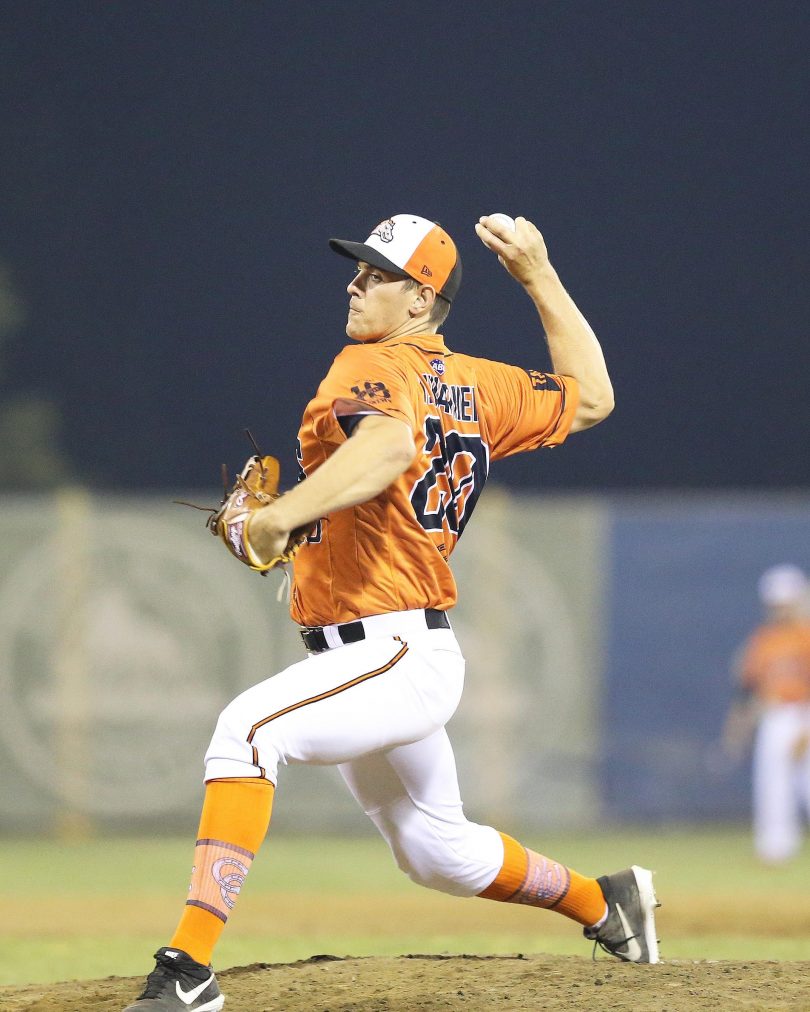 Recalling the infamous scrap he ignited five years ago between the Bandits and the Cavs, Warner explains he didn’t want to finish his career on that note.

“That all happened when I was struggling mentally around whether I wanted to be around baseball, and I wasn’t performing at the level I really expected of myself,” he says.

“Things were building under my own pressure and Harris was taking a while, but I never intentionally hit him in the head. That is just not the kind of person I am. It’s definitely not the way I wanted to end my career, so I’m glad I got back into it and started to play again.”

The move to Canberra in 2018 from his native Queensland was a significant change for Warner.

“I think the change of scenery was needed,” he says. “I think changing teams and being around a new core of players, meeting some new blokes and forming new relationships allowed me to redevelop myself as a person. I was given a clean slate and allowed to do my own thing again.

“For the Cavs to give me a shot after two years out, without seeing me off the mound, they gave me a chance to perform again. They gave me the ball and said, ‘Let’s see what you’ve got.’ That was a massive confidence booster for me.”

Warner is appreciative of the Cavs’ network, especially the community and its support he has felt when wearing the club’s colours.

“The Canberra fans come out every week; it is a great place to play on a Friday or Saturday night when the crowds are up and being supportive,” he says. “Everyone is extremely friendly. The Cavs’ fans make playing an enjoyable experience.”

Mark N Mel - 1 hour ago
No your joking, I just can't believe it. View
Anna Vavrina - 5 hours ago
Yep. Going on for years. View
Lauren Herbert - 6 hours ago
^ this right here. View
News 137

Andrew Sage - 6 hours ago
On my ... View
Denise Bourke - 6 hours ago
We love the work of mower teams and their supervisors. Keep em coming. View
David Fenwicke - 7 hours ago
The grass needs to be mown before it sets seed otherwise noxious weeds like Chilean needle grass which I saw on Northbourne a... View
News 7

JC - 7 hours ago
As was the case with delta the over reaction as you put it is just a pause to buy time to see how big a problem it really is.... View
HiddenDragon - 9 hours ago
With Australia's international border being "thrown open" (as tonight's TV news reports are reminding us) from next Wednesday... View
jorie1 - 11 hours ago
Close the international borders to everyone but Australian citizens! And have strict quarantine for Aussies coming in here .... View
News 18

Capital Retro - 11 hours ago
Looks better than a Tesla any day. View
Lifestyle 5