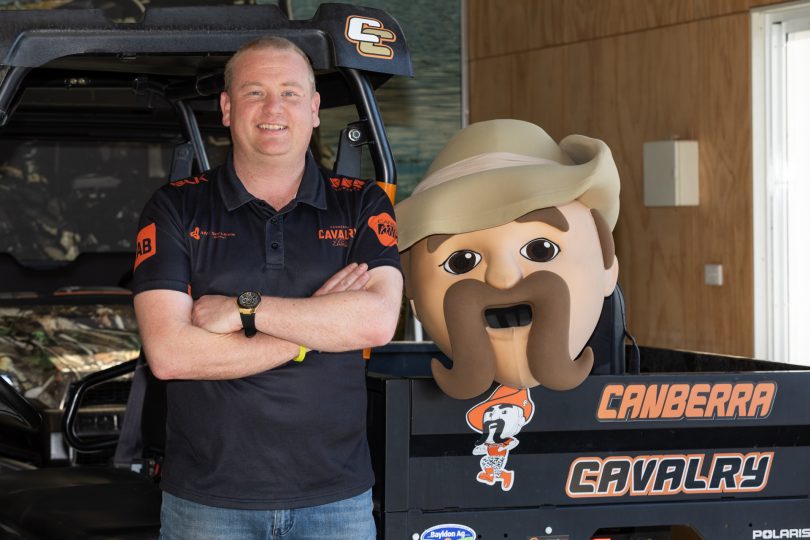 When Josh Williams was 18, he ran away to join the circus.

His life on the road as a magician, escapist and master of ceremonies was far more rewarding than any remote thoughts of studying at university. It led Josh on a path as a professional MC and mascot.

He has masqueraded as Elmo from Sesame Street, Canberra Raiders mascot Victor the Viking and Hog’s Breath Cafe’s Hoggie. Now he is Sarge, the mascot for Canberra Cavalry in the Australian Baseball League.

He has mastered sporting awards ceremonies, children’s street parties and Oktoberfest. He is a Queanbeyan Show Society committee member, an ambassador for Lifeline and has gone ‘the full monty’ for the Rise Above cancer support charity.

Josh tells Region Media that when walked out of high school on a whim, he returned a few years later with an apprenticeship in life.

He is also getting people opening up about mental health and the taboo topic of suicide, particularly among men. He has had a head-on collision with his own demons and has no qualms saying he had a rope ready and wanted to commit suicide after his marriage ended in 2014.

His 15-year-old cousin took her life in the same year.

“I’d put up my walls,” recalls Josh. “I had a rope ready to go. My kids were in bed and it was only the fact that for some reason, I checked my phone and there was a message from a good friend of mine who worked with the Cavs at the time.”

The message read: “Hey, mate, just checking on you. Love you, mate.”

“That was the message that flipped the switch back on for me,” he says. “I called Lifeline that night and they put me straight into intense counselling, appointments with psychiatrists, medication and all, just to get me through and start that process of adapting.”

Josh has also flipped the switch on sharing his story, one that Lifeline Australia has shared far and wide. 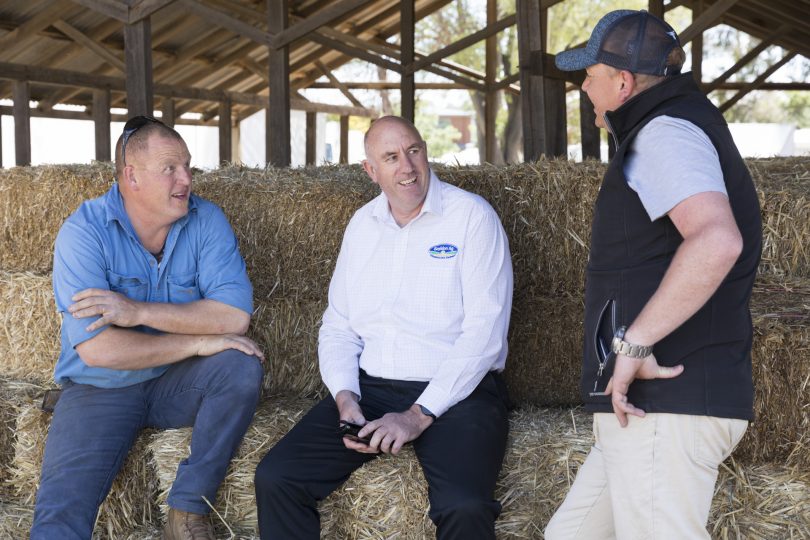 Now Josh also goes by the pseudonym of Josh Illusions and is bringing a certain kind of magic to his life. Soon he will lift the lid on a podcast and video blog called We Only Live Once, or WOLO.

“The messages are very simple,” he says. “We all create subconscious barriers so this is about breaking down those barriers by saying, ‘I need to step outside the box and just enjoy myself, maybe just a little bit.’

“The whole ‘we only live once’ effect is going to something really positive.”

The COVID-19 pandemic has all but dried up Josh’s work prospects this year. You can find him at Walsh’s Hotel in Queanbeyan, but only to help run their raffles and social media account.

But the much-loved Queanbeyan lad with a proud ‘dad-bod’ knows a thing or two about adapting to whatever life throws at you. He also knows it won’t be long before he is geeing-up the Cavs to throw a strike as soon as the team returns to their field of dreams.

“In these COVID-19 times, we have to adapt if we want to stay relevant,” says Josh. “I’ve had to learn to adapt to survive in my industry, but in doing that I think we all need to come to the realisation that this is the new norm, and it’s not a cliche.

“The things that have gotten me through life and the things that I’ve used to get through the down days have disappeared. I’ll be the first to admit that I love nothing more than putting Sarge’s head on and escaping into a world where I’m making so many other people happy.”

Josh is focused on living his best life every day, even if every day is not his best. And he’s always happy to reach out and ask, “R U OK?”

“Days like R U OK? day are all very well and good, but these are days that should be every day – all day every day,” he says. “Don’t wait until it’s too late to check in on your mates.”

We loved meeting Sarge at the season launch last year!

Keep up the good work Josh. See you in a few months at a Cavs game.