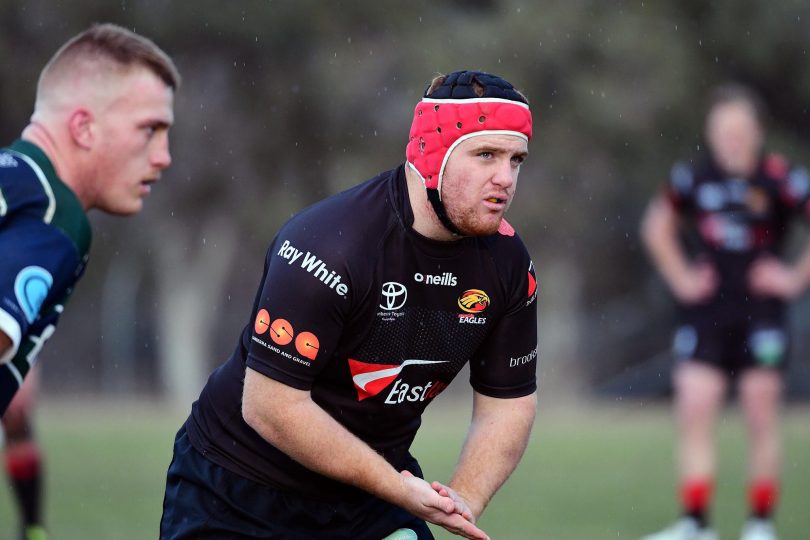 20-year-old Tom Ross has come a long way since he was a schoolkid, dreaming of representing his club and country.

The Gungahlin Eagles prop has had an incredible 2018, representing his country at the World Rugby U20 Championships in France, signing a wider training squad contract with the Brumbies and claiming the award for ACT’s U20 Player of the Year on Wednesday night (15 August).

It is hard to believe that 12 months ago, Ross was stuck on his couch recovering from a serious knee reconstruction, doubting whether he would be able to play at the same level ever again. But the time away renewed his love of the game and drove him to come back bigger and better than before.

“I spent the whole of last year out with a serious knee injury, which actually refreshed me and made me want to play more footy,” Ross told The RiotACT. “When you have such a long time away from the game, you miss it because you don’t miss it till its gone. 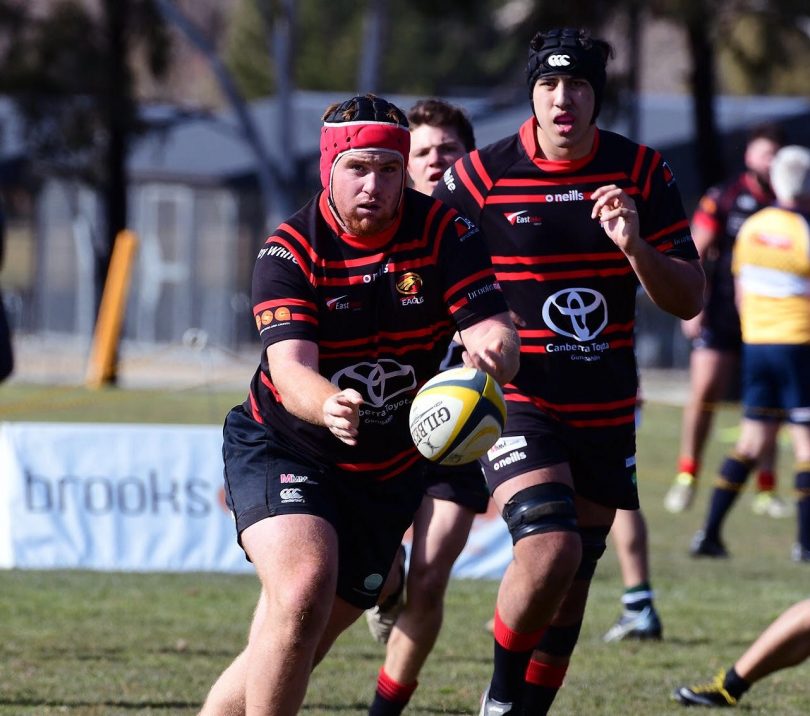 “So my goal this year was to lay everything on the line and have a real hard crack.”

Ross said he still pinches himself to realise he is actually living his childhood fantasy of signing a contract with the Brumbies and is desperate to not let the opportunity slip away.

“I am still pinching myself that this is actually happening,” he said. “There are a lot of boys that are good enough these days but don’t get the opportunity to strive for a contract with the Brumbies. I was given that opportunity and I knew I had to take it with both hands.”

“It is certainly something I have dreamt about since I was a kid and to finally get that opportunity means the world to me. I’ve always wanted to be a Brumby and there were times where that didn’t look possible, but I guess it’s good to see that the hard work is starting to pay off.” 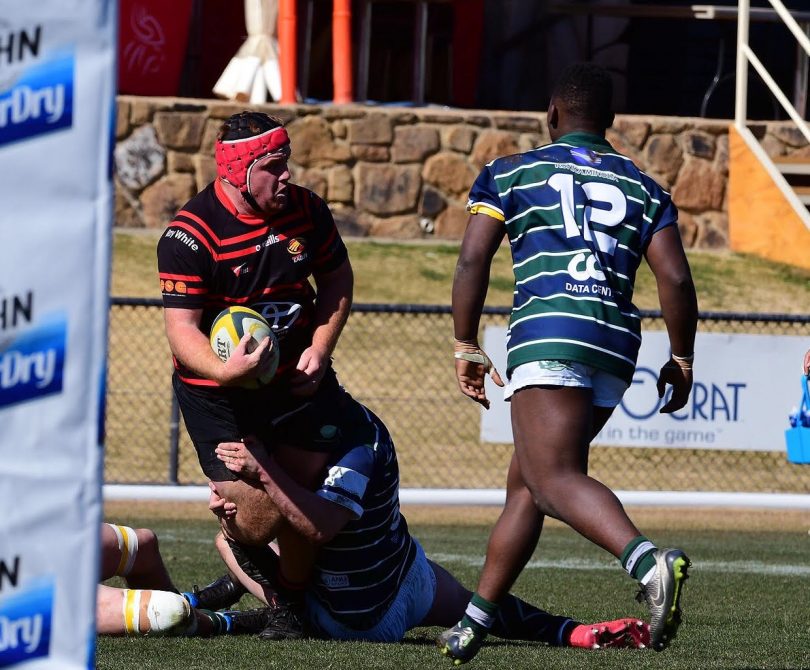 Growing up in the nation’s capital, Ross has quickly risen through the rugby pathways and taken out the top gong for the best under-20 player in ACT club rugby for 2018, with his incredible season for the Gungahlin Eagles’ Colts side.

Brumbies head coach Dan McKellar earmarked the young prop as a future star, lauding his character and hard-work ethic, which blew Ross away and inspired him to repay the faith placed in him.

“He [Dan McKellar] has put a lot of faith in me which I am grateful for. That’s why I can’t wait to get started with the Brumbies: he wants me there and that means more to me than getting a contract,” he said.

“To be around a group of boys who want me to be there and work hard for them every week, that’s the dream.

“The pieces of the puzzle have started to fall into place and I guess the hard work is starting to pay off. I am only getting started.”

Blake Anthony Cross - 5 minutes ago
Great read bit depressing as well.. all sport stories are.. this is why we haven't cured cancer to busy talking to people not... View
Kacey Butterworth - 11 hours ago
I feel extremely privileged to have had Ben as a mentor, teacher and year co-ordinator throughout my high school years. He ta... View
Annamaria Zuffo - 14 hours ago
Fantastic Ben. Lucky kids and us for knowing you. View
News 14

Fran Bink - 8 minutes ago
Unsung hero 👏🏻 View
Soledad Berenguer - 9 minutes ago
Well deserved! View
Jan Gowing - 19 minutes ago
Congratulations....so well deserved. He is an inspiration to the community. I remember Ricky when he was a sports teacher at... View
Community 5