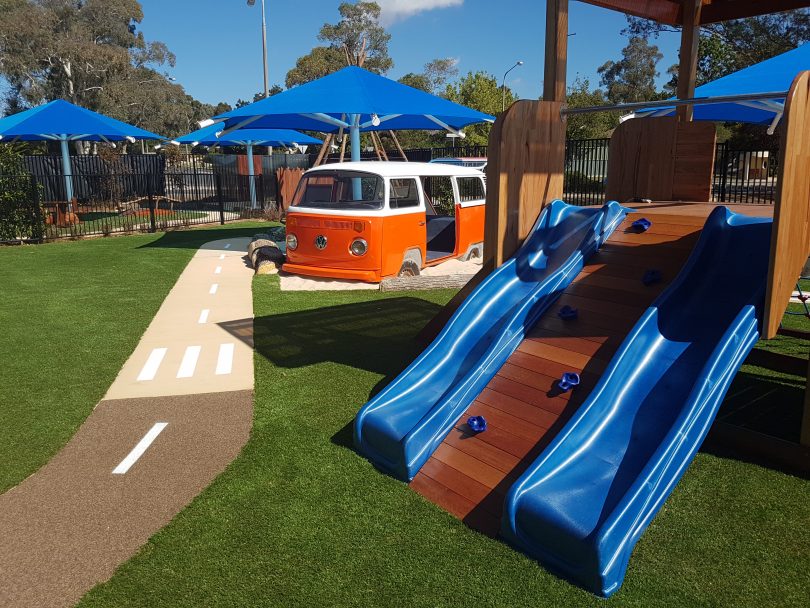 Montessori-inspired child care operator Kids Club is expanding its footprint in Canberra, last month opening its Rivett centre and preparing to open another in Phillip at the Southern Cross Club’s new Stellar Health and Wellness Centre on 19 March.

This will bring to three the number of centres in Canberra after the success of its Symonston centre near Geoscience Australia. It is also scouting sites in Canberra’s north in Belconnen.

Marketing Manager Valerie Le Baron said the company’s Symonston experience, where parents called Kids Club the NASA of child care centres, had encouraged it to identify sites in the south-west of Canberra.

The Canberra Montessori School also happens to be in Weston Creek, in nearby Holder.

Kids Club has a play-based approach to early education with a broad range of multi-disciplinary activities, distinctive tailor-made play grounds and use of natural materials.

Ms Le Baron said the 90-place Rivett centre, at the Rivett shops on Bangalay Crescent, had six rooms – two each for 0-2-year-old, toddlers and preschoolers – and purpose-built playgrounds. 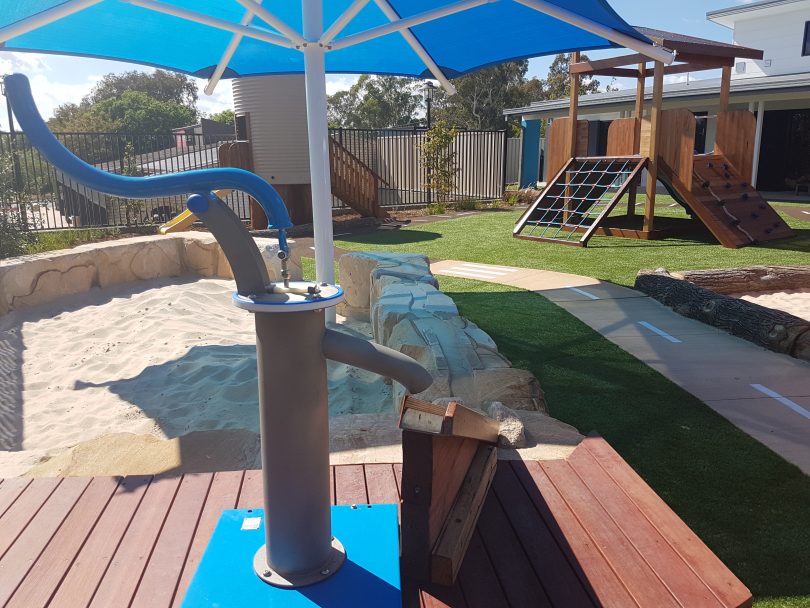 Kids Club says it tailors an exclusive Education for Life Program for children based on the understanding that 83 per cent of a child’s learning happens in the first five years of his life, and extends on the principles and practices of Australia’s national curriculum framework for Early Childhood Education.

Ms Le Baron said staff were trained to prepare the children not only for school but also for life, fostering a life-long love of learning.

She said many of the play activities were designed to foster imagination and creativity, and develop children’s motor skills in a safe environment where they could take more risks as they grew.

At Rivett, the outdoor playground includes climbing structures and slides, sandpit, a water trough and working pump and a bright orange minivan.

“Every piece of equipment is built according to the needs of each age group and they always bring something a bit special such as a water trough with a pump so the kids can pump the water and play with the water, and a minivan where they can pretend to be at the beach or whatever and drive away,” Ms Le Baron said. 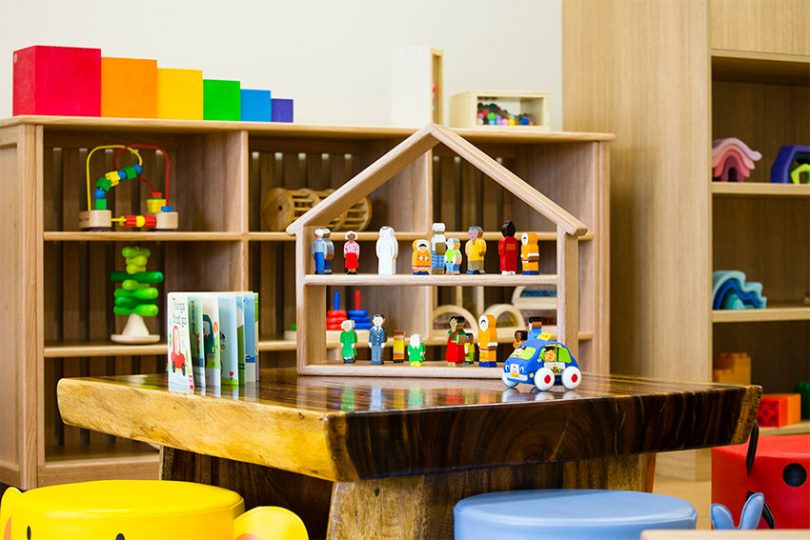 An inside Kids Club place space.

She said the new Phillip centre would have a bright red fire engine in the playground.

Kids Club has its own factory and much of the equipment and furniture is wood, with the least amount of plastic used as practicable. Inside the Rivett centre, the rooms have timber floors and panelled ceilings, and an array of play and learning resources such as creative arts materials, puzzles, and Lego to keep children engaged and developing at their own pace.

There is also a commercial kitchen and in-house chef who prepares fresh, healthy food daily for the children. Music, yoga and meditation classes round out the program and are all included in the fee structure.

Ms Le Baron said there was obviously a lot of need for what Kids Club offered because the centres were filling quite quickly.

“My feeling is that families are not used to seeing such centres in Canberra. They usually visit and are quite amazed,” she said.

Robbie Munday - 31 seconds ago
How are there noise complaints? They literally built it the middle of nowhere. View
Chris May - 5 hours ago
I grew up in Port Pirie in SA Their moto cross track was out of town, about 3kms, in a old quarry. Some bright spark opened a... View
Viviean Laycock - 7 hours ago
I don't think I understand. The track was running vintage cars, which no one seemed to have a problem with, so why is it unwo... View
News 6

Kalo Arepo - 15 minutes ago
Food should never be thrown away -except in very very rare circumstances ! View
Motoring 50