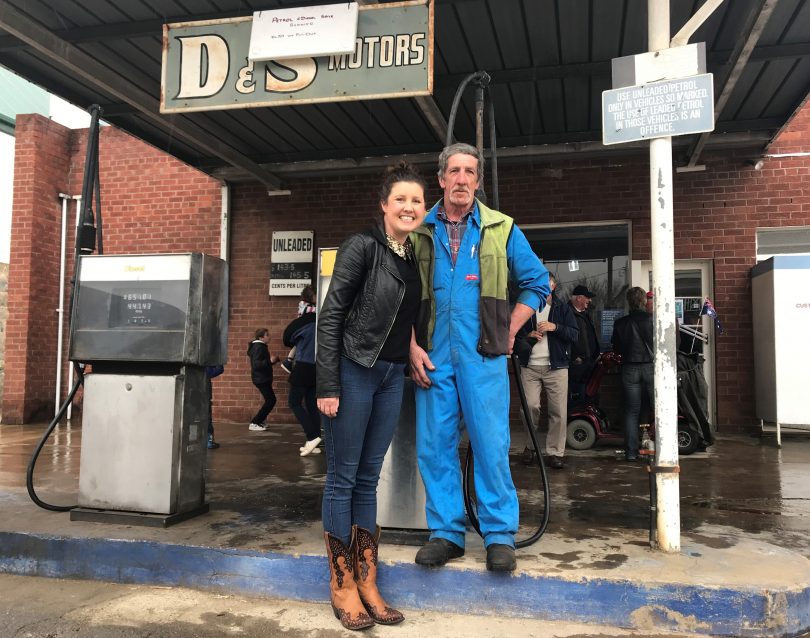 If you have ever broken down or had a bingle on the Kings Highway, you may have met Murray Robertson. A man of few words, with an exceptionally dry sense of humour and a magnificent moustache. “Robbo’ as he is known to locals, drives Braidwood’s tow truck and runs D & S Motors on the main street.

On Friday, hundreds of townsfolk, family and emergency services workers turned out to farewell this main street business and local landmark. The garage is closing after 60 years in the Robertson family.

Fittingly, as people assembled for the farewell, Robbo had ducked out in the truck to collect a car from Northangera.

Murray’s father Ian started out as a mechanic in 1932. He got his first contract with the NRMA on 14 February 1958. The mechanical business was originally across the road where Bernardoff’s Antiques is now. In 1962 they moved to the current location of D & M Motors. Joined by his sons Murray and David, at one stage they worked three trucks around the clock. D & S Motors had the NRMA contract for 48 years.

After Murray’s brother David died in a tragic accident in 2001, Murray was often on call 24 hours a day, 7 days a week. Ian Robertson passed away in 2017 just weeks shy of 100 years old.

Speaking at the function on Friday, D & S Motors office manager Jess D’Arcy said, “Chances are if you have broken down with cooee of Braidwood in the last 60 years, the Robbos have come to your rescue.” 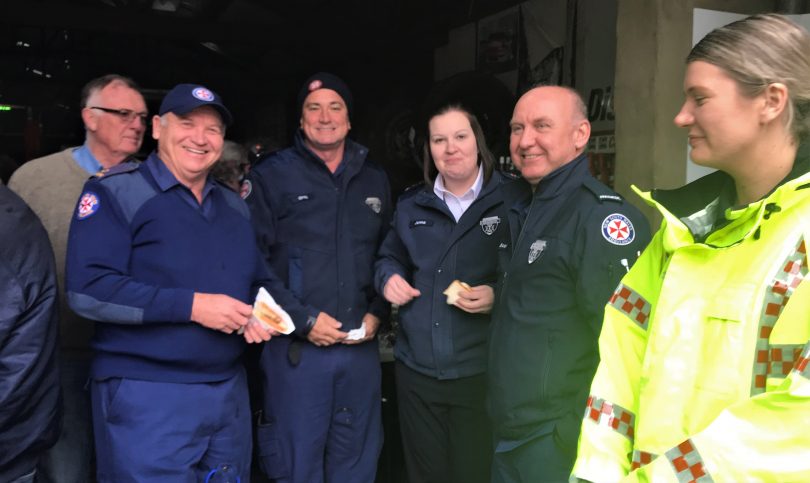 “The old saying ‘If you do what you love, then you will never work a day in your life’ – rings true for the Robbos” she added. 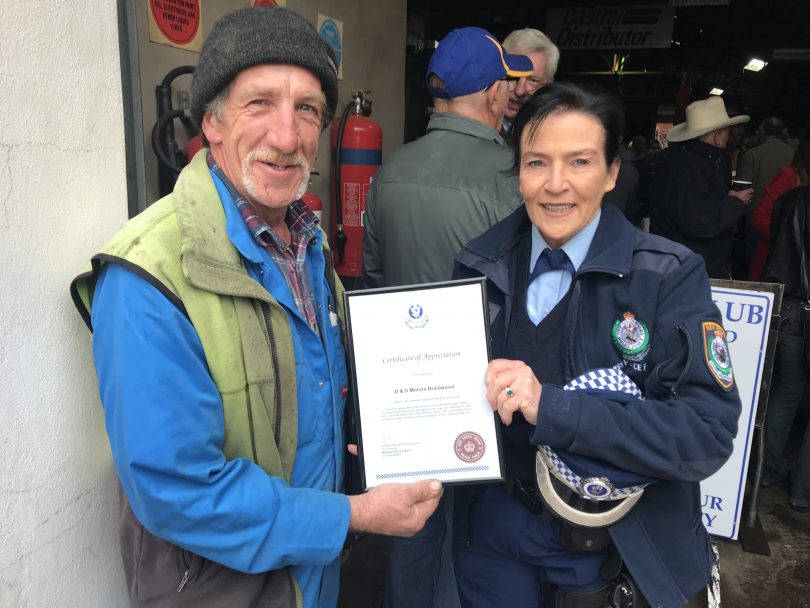 Inspector Sandy Green, representing the NSW Police Monaro Command presented Murray with a Certificate of Appreciation for his decades of service.

“People feel a real connection to this place and it’s reflected in how many people turned up today,” said Jess.

Other speakers at the function acknowledged D & S as “an institution” and “part of Braidwood’s history.”

Murray has been part of an emergency services team that responds to often traumatic accidents on the highway.

Inspector Sandy Green, representing the NSW Police Monaro Command presented Murray with a Certificate of Appreciation for his decades of service.

Neville Marsden from the NSW Ambulance Service presented Murray with a Certificate of Appreciation for 50 years of service.

“He’s worth his weight in gold for what he does for the community.”

While it will be sad not to see Murray with his classic white 1971 Falcon ute parked in the main street, he will however still be operating his towing business from his home.

So, if you break down on the Kings Highway and get rescued by Murray, remember he is a legend and a gentleman. 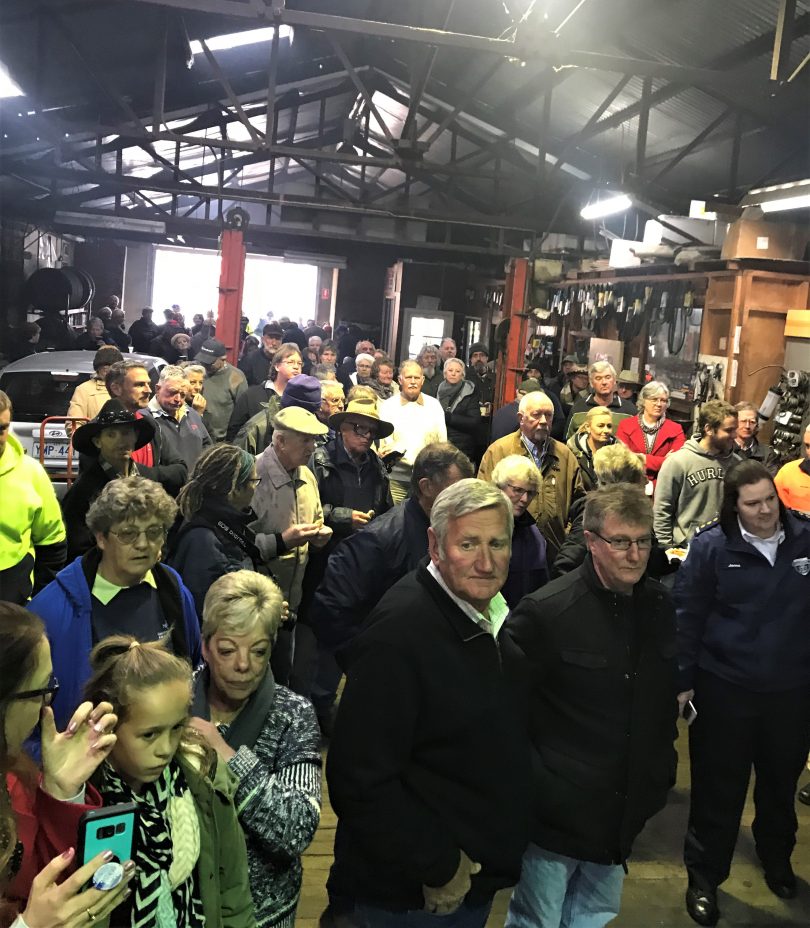 Hundreds of people came to give D & S Motors a send off. 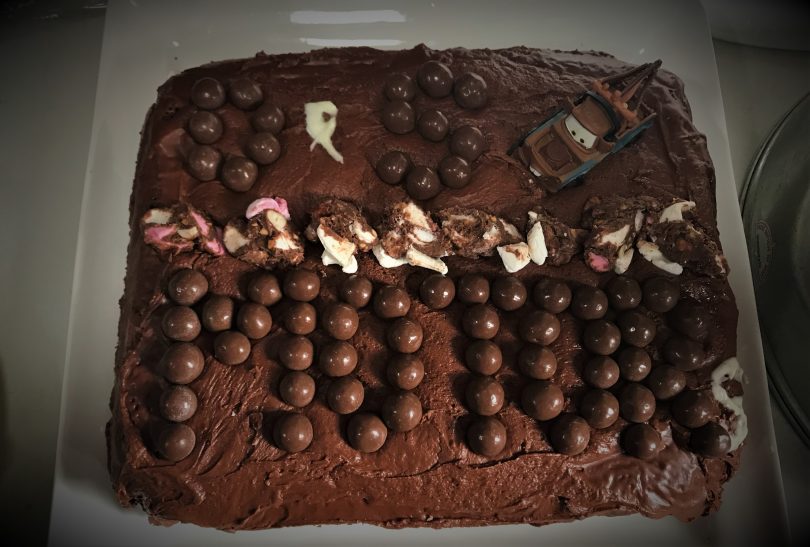 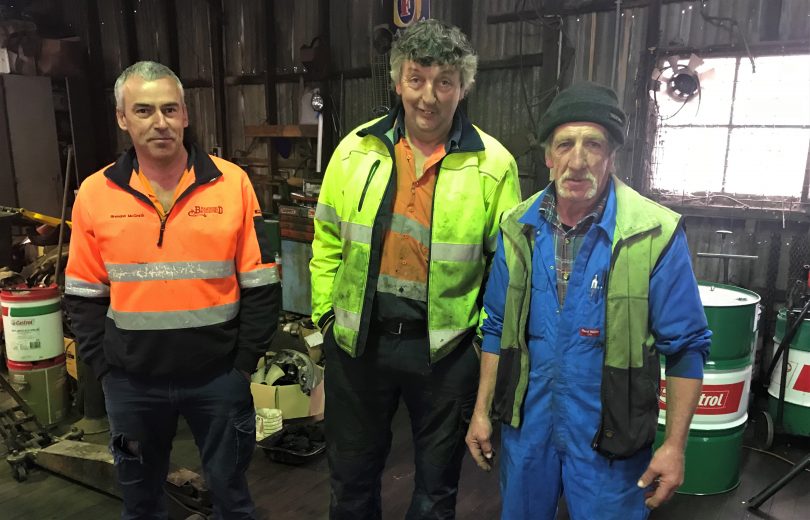 Yes! Helped us 30 years ago when we broke down

Wow congratulations on your semi retirement

A sad day for Braidwood

Beautiful people! Worked next to them for a while and they were a little cheeky, very funny but great guys! Nothing was too hard!

Haha! Bad timing I was eating a sausage sanga 😂

Murray was & still is one amazing bloke

Geeta Datta - 3 minutes ago
Peter Groves Well I'm home with my daughter, cat, husky and 3 rats which makes me happy. My body feels like I've been beaten... View
Geeta Datta - 14 minutes ago
Kieran Angus Maybe, it's an EEG I'm thinking of. It's amazing how little they tell you about yourself lol. View
Julie Macklin - 54 minutes ago
Nora PrestonPlease give the source of that graph. Without a source it’s worthless. View
News 39

Matthew Davies - 7 minutes ago
Yvon Nemchinov sounds like you should talk to someone who has to watch people die of COVID who could have been saved. Freedom... View
Yvon Nemchinov - 16 minutes ago
You should move to North Korea. Sound like you would love it there. I grew up in a place where people were prosecuted for tho... View
hgak - 38 minutes ago
There are still many locations where they have no alternate way for signing in if you don’t have a compatible smart phone. View
Opinion 5

chewy14 - 23 minutes ago
Capital, Did we? Seiffert oval averaged 9000 odd and the biggest crowd was 18000 in 1989. And Dan, who's suggesting a stadium... View
Capital Retro - 3 hours ago
Remember when the Raiders' HQ was at Siefert Oval? We used to travel to Queanbeyan then.... View
Dan41 - 15 hours ago
I agree with you on your point about the political reasons for it not happening, but "willing to travel"? Queanbeyan closer t... View
Sport 13

John Moulis - 31 minutes ago
The Australian basketball team in the 1972 Munich Olympics. I vaguely remember that game. Australia was playing the US dream... View
Jennifer Andrew - 1 hour ago
A lovely person always and a great contributor to sport in Canberra. View
Fiona McLean - 1 hour ago
Wait? Phil's hair was dark? Well I never… View
Opinion 220

Capital Retro - 56 minutes ago
"I have sat on a bus, not moving on Commonwealth Avenue Bridge......." I wasn't aware that there are exclusive lanes for buss... View
Julie Macklin - 1 hour ago
Bill GemmellI I agree. I suspect a lot of people here complaining about the tram, don't use public transport (or rarely at be... View
Bill Gemmell - 1 hour ago
Jason Todd be careful not to confuse capital versus operating costs. View
Lifestyle 8

Joy Hines - 15 hours ago
Lisette, so much here to giggle about View
show more show less
*Results are based on activity within last 7 days

Commuters have been warned to prepare for years of disruption on the southern gateway to the city as work ramps...
News 76

It's hard to imagine anyone wanting to live in Australia's most haunted house, but Monte Cristo Homestead in Junee hasn't...
News 38

Stickers with QR codes that link users to non-COVID-related websites have been placed over some legitimate QR code check-ins in...

@The_RiotACT @The_RiotACT
The old Capitol Theatre in Manuka will soon be coming down to make way for a new hotel and cinema complex after the project's second stage was approved https://t.co/hIOHgAvfi1 (1 hour ago)

@The_RiotACT @The_RiotACT
The Kingston Arts Precinct project needs a kick start to re-engage a community being kept in the dark, says Ian Bushnell https://t.co/2ltMgI3NWV (4 hours ago)

@The_RiotACT @The_RiotACT
Keen to try your luck at a rural clearing sale? Sally Hopman warns there's a real art to getting the best out of the experience. Here are her tips https://t.co/yjVrYG1DKZ (15 hours ago)