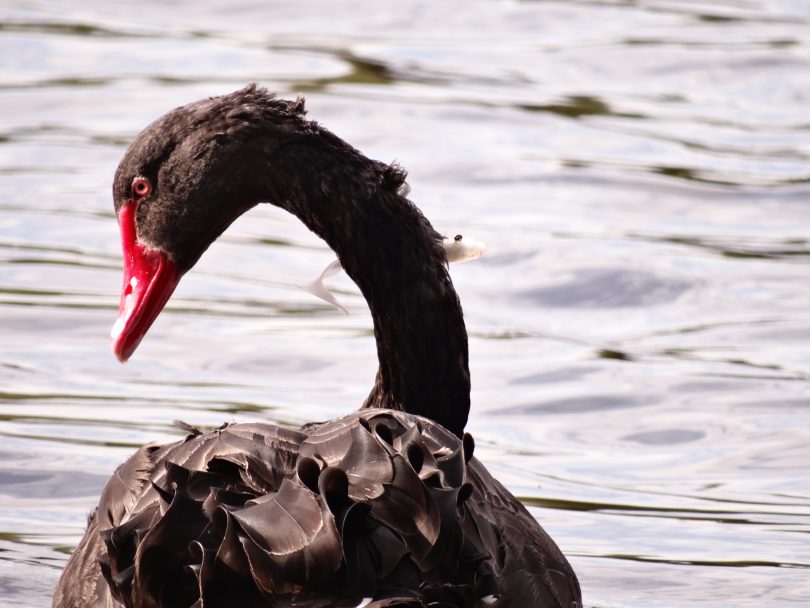 About 40 swans have been taken into ACT Wildlife’s care over the past two years because of fishing lures and hooks. Photo: Tracey McNicol.

When volunteers for ACT Wildlife received a phone call earlier this week reporting a black swan near Norgrove Park in Kingston with what appeared to be a fish hook deeply embedded in its neck, they knew what to do. It wasn’t the first time this had occurred.

When Tracey McNicol and the not-for-profit organisation’s two resident expert swan catchers arrived on the scene, they found the female swan in such pain she couldn’t even bend her neck down to eat.

“The lure was about three inches below her beak, so as she tried to bend over, it would dig further into her throat. She couldn’t really eat,” Tracey explained.

Tracey said it took three days of “trust-building” before the swan was confident enough to approach them.

“Normally, swans are very tame, and these ones often come up to locals in the park. But because she was injured, we had to spend a lot of time sitting around with her. Our biggest fear was that she would disappear off into the wetlands and we’d never see her again.” 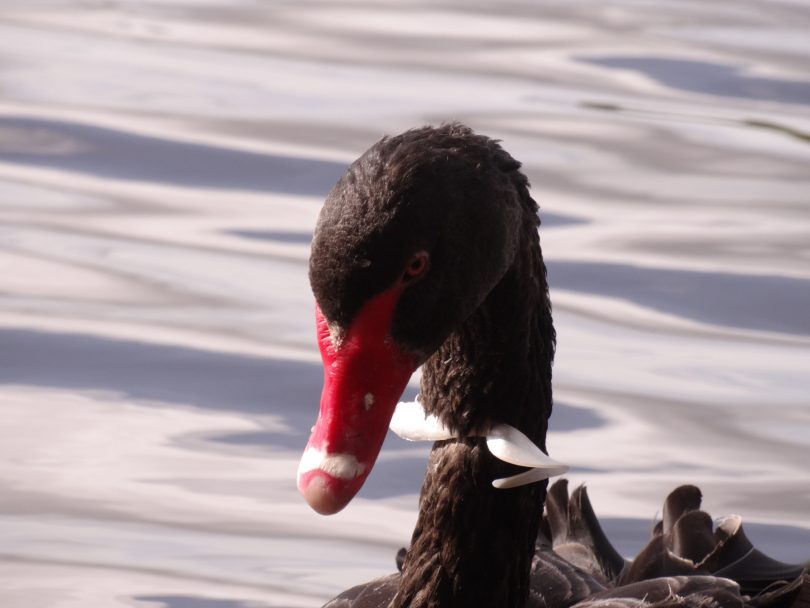 The swan could hardly eat because of where the lure was lodged. Photo: Tracey McNicol.

Come day three, she was finally eating out their hands and the catchers made their move.

“It’s not usually very graceful, but all we cared about was getting her help.”

Swans make formidable patients on account of the sheer strength of their wings, so Tracey said volunteers prefer to get swans expert help at veterinary clinics.

“Sometimes, when the barb is showing, we can get the hooks out ourselves, but other times, they’ve swallowed it, and they need to be scanned and have it removed under anaesthetic.”

Greencross Vets Tuggeranong accepted the call, the hook is now removed and the swan is undergoing a course of antibiotics before she is released.

“Vets don’t get paid for helping our wildlife and they are all so short-staffed at the moment that when a vet like Greencross comes to our aid, we are so appreciative of their time and care.”

“When recreational fishers cut their line instead of retrieving it, that barbed lure stays in the undergrowth in the water,” Lindy said.

Swans and ducks then dabble for their food in this same undergrowth and get snagged.

“We see them with hooks through the beak, wrapped around necks and caught in feet. Sometimes they actually swallow a hook. It’s quite horrific.” 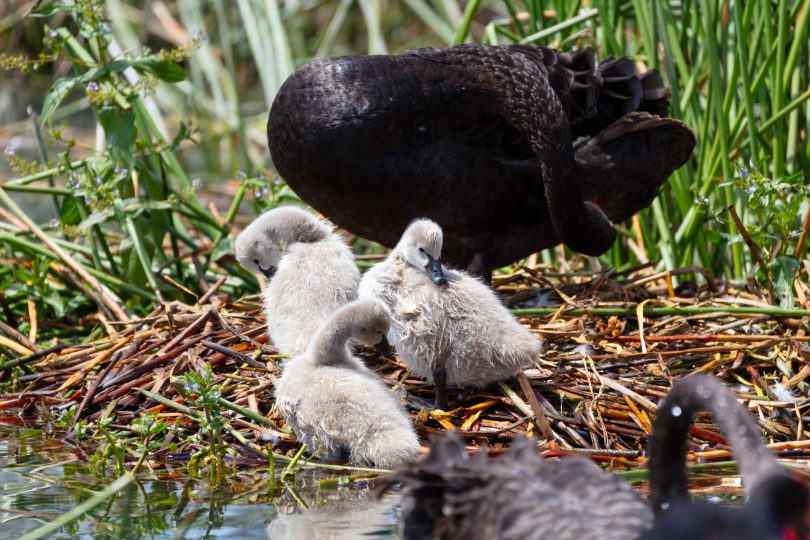 According to the latest annual report from ACT Wildlife, birds made up 75 per cent of all wildlife taken in for care at the Jerrabomberra Wetlands facility in 2021. This translates to a total of 2212 birds.

While flying birds are most susceptible to entanglement in tree netting and other bits of rope and twine, Lindy said the biggest danger for waterbirds is discarded fishing gear.

“It’s a huge amount of volunteer time: labour, vet care, vet treatment and follow-up rehabilitation for the animal. Each one is a very big job.”

Tracey explained the swans in Kingston are the reason she became a volunteer for ACT Wildlife.

“Residents love our family of swans. They wait eagerly for the birth of their cygnets each year and watch as the family grows.”

Tracey said this is the first time one has been snagged in Kingston, but over the past two years, volunteers have rescued 40 swans with fishing hook and line injuries, most from Yerrabi Pond in Gungahlin and Stranger Pond in Bonython.

Volunteers have raised their concerns about water birds and other aquatic animals several times over the past few months with ACT Minister for the Environment Rebecca Vassarotti.

“[Ms Vassarotti] suggested we contact the local fishery groups, but I think the problem comes from those who haven’t been educated. It’s the random fishers who just go out there and throw in a line.”

Talks with Ms Vassarotti are ongoing. Volunteers hope extra signage around local waterways and ponds can be installed, warning of the dangers of discarded fishing lures and hooks.

Another great rescue ACT Wildlife! Thanks

Go fish for carp. Swan comes by. Gets hooked.

Jay Mcdonald the swans are so used to idiots feeding them that as soon as you go near the water the swans expect a feed!

This boils my blood … so many fishing ppl all around the lake who leave their scraps, dead fish and rubbish behind. They should be dobbed and fined. 🤬🤬🤬

Janet Kippex It happens so many times around Tuggeranong lake with fishermen leaving their scrap behind and injuring the wildlife. There should be fines for littering. 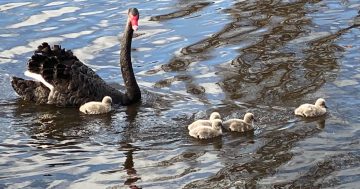