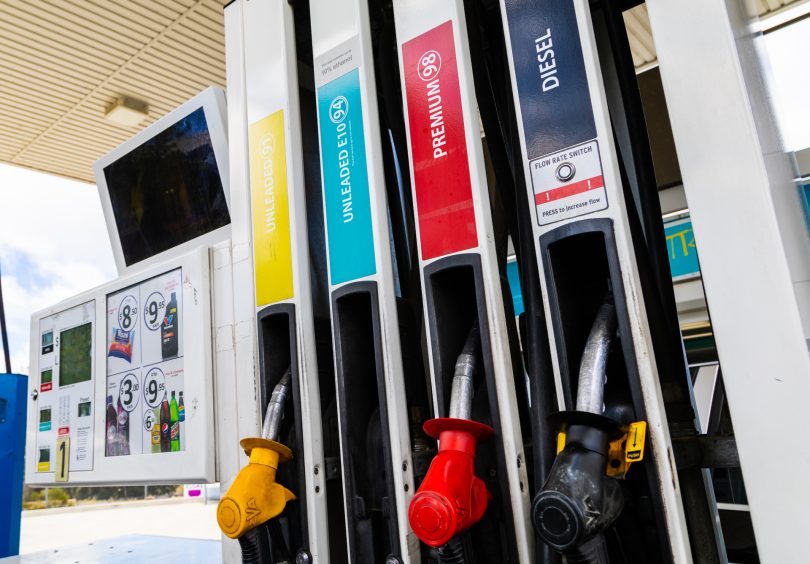 In a bid to alleviate the effects of the Russia-Ukraine crisis on petrol prices, the tax on every litre of fuel dropped from 44.2 cents per litre to 22.1 on Budget night, so if you’ve filled up in the past few days, you’ve probably noticed it’s not as painful as it was a fortnight ago.

It’s not just you. Industry experts agree the fuel excise cut and more have flowed through to all of Canberra’s petrol pumps.

On Wednesday, 6 April, the average price for regular unleaded petrol in Canberra was $1.81. According to PetrolSpy.com, the cheapest fuel was available in Fyshwick at $1.73 and the most expensive was in Nicholls at $1.86.

On Budget night (29 March), when the cuts were being announced, Canberra’s average price for unleaded fuel was $2.08, constituting a drop of 27 cents since.

The Australasian Convenience and Petroleum Marketers Association (ACAPMA) is the national peak body representing the interests of Australia’s fuel wholesale, distribution and retail industry. CEO Mark McKenzie says every one of Canberra’s service stations has passed through the full extent of the excise discount, and faster than expected.

“Everyone was concerned about whether or not the excise cut would pass through, and we thought it take five to seven days. It actually happened faster than that.” 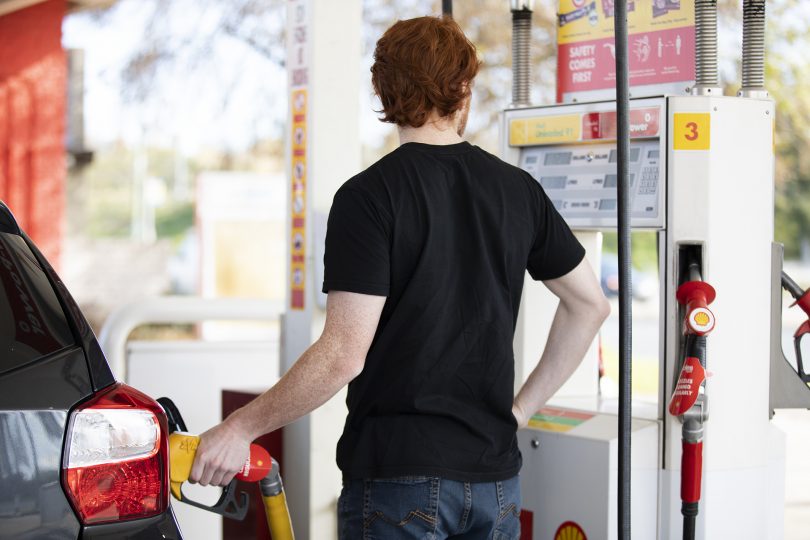 A less painful experience than it was a week ago. Photo: Michelle Kroll.

Excise is charged when fuel arrives at the company’s terminal, not at the service station. This means that at the time Treasurer Frydenberg made his announcement, there was already five days’ worth of fuel – or between 700 and 900 million litres – that had passed the excise point.

Mr McKenzie says some Canberra service stations receive more traffic than others and, as a result, it didn’t take long for cheaper fuel to enter their supply lines. Competition then forced other suppliers to follow their lead.

He says some held out for a couple of days before they realised it was worth making a short-term loss.

Fuel excise is one of two components dictating the wholesale price of fuel. The other is product cost and this is entirely dependent on what global oil prices are doing.

Mark says this boat may have been rocked in recent months, but it’s beginning to steady.

“The reason we have a bigger fall than 22 cents per litre is largely because oil prices have been coming down,” Mr McKenzie explains.

There has been a steady increase in global oil prices since the world started emerging from COVID-19 restrictions in late 2021, but these spiked when “we started to hear whispers of a possible conflict in Russia”.

Once the invasion got underway in February 2022, the market “did what all markets did and overreacted”.

“They then realised they may have overcooked it a bit, and prices came down again. But in the middle of March, the US started talking about the fact their [fuel] reserves weren’t as strong as they thought, and so as a result, we got a second spike, peaking on 25 March. This is coming down now.”

Bearing in mind there is a two to three week lag between when the market changes and when the price flows through at the pump, Mark says the combined effect of the excise cut and the lower oil prices means Australia is seeing wholesale fuel prices fall by 25 to 30 cents a litre.

“We’ve been through a period of volatility, but things will steady now”.

Following the Treasurer’s announcement, the Australian Competition and Consumer Commission (ACCC) said they would come down hard on service stations not passing on the savings.

Subsequent monitoring reveals “significant falls in retail prices in the major capital cities a week after the cut in fuel excise came into effect”.

“We encourage consumers everywhere to use fuel price comparison websites and apps which provide real time information about prices at individual petrol stations before deciding where to fill up,” ACCC Chair Gina Cass-Gottlieb said.

“We will continue to monitor the petrol prices to determine how the cut in excise is being passed on.”

No!!!
Why would these Corporations pass on a lower price when they can keep on fleecing the locals.
If you’re noticed since 2019 everything has gone up by 1000% because theses poor rich people are feeling the pinch!!

Noticed Fyshwick and the airport did pretty well immediately. But everywhere else barely dropped

Mark metro Fyshwick used to be the cheapest but they are still more expensive then the pre-discount rate on diesel.

I paid the same for diesel as pre discount rate. So no, it hasn’t been forwarded on

How does Russia effect our fuel Price??

All this has done give the the industry opportunity to profit more. With no watch dog that can actually monitor and prosecute companies prices will continue to rise.

Welcome to the ‘new normal’ where people have been conditioned to think that paying ‘only’ $1.80 per litre is good.

Have noticed cheaper in Yass than some parts of canberra. But it’s good to see it back down in the 1.70-1.80 price range. It was really taking a toll on the finances, as I am sure it was for many people.

Short term window dressing. The LNP haven’t addressed fuel efficiency or the transition to EVs AT ALL

That’s a joke, when Hawker is charging 219.9 for diesel and elsewhere it’s around 199.9, but there not profiteering in any way

Marc Edwards Apparently it depends on when the excise was paid, if the fuel in their tank has had excise charged they can’t lower the price till its moved, other servo’s are on contracts where the fuel is owned by the oil companies, till it comes out of the tanks, they lowered their prices at midnight. The higher the price at Hawker, the slower they turn over their fuel, keeping the price higher. The ACCC will be checking for profiteering but the harsh reality for Hawker is that they’re stuck with fuel that is dramatically more expensive and probably can’t move it.

Scott Abela they were given two weeks to lower the price, not when the cycle through their tanks.

Marc Edwards we were told on budget night that it would take ‘around’ two weeks for some stations while others would be much quicker.

Scott Abela you are correct.

However all the Shell/Coles servos the fuel operator is Viva Energy who of course are Shell a few times removed. So they work on product sold not delivered.

Scott Abela yes, but on the other hand, when there is a price rise due to increased oil prices, that gets applied to the fuel already in the tank, even though it was purchased at a lower price.

Peter Ongley you’re confusing market price rises with a tax reduction. The market can raise the price anytime it wants, no matter where the fuel is and if excise has already been paid, they probably have to pay more when its finally sold. But in terms of the latest reduction it depends on when the tax is collected, its meant to be complicated mate, that’s their business model. 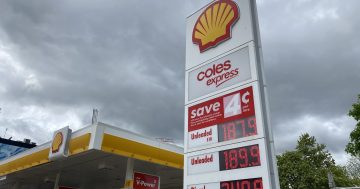