Labor would fund video-camera-fitted tasers for all police 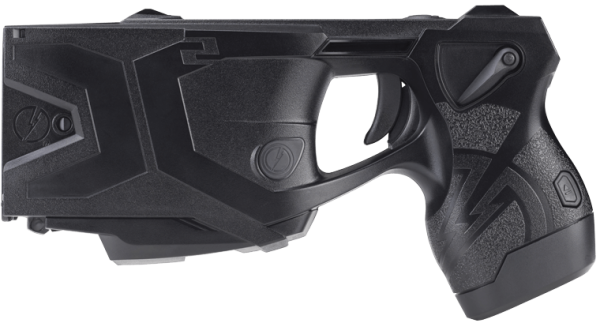 A re-elected ACT Labor government would set aside $2.7 million over three years for an expansion of the capital’s existing tasers program to offer stun-guns fitted with video cameras to all police personnel, but would leave the decision about whether to provide the devices to all officers (and if so, when) to ACT Policing.

The Canberra Liberals have not made an election commitment on the issue but have previously called on the ACT Government to provide Tasers to all front line police officers. Currently only those of the rank of sergeant and above have access to tasers.

The AFP Executive Leadership Committee recently endorsed the general operational issue of tasers beyond the rank of sergeant to all AFP Police Officers.

The fitting of video cameras on tasers is designed to bring greater accountability around the usage of the stun guns.

This issue doesn’t even make the list of things I plan to think about before voting.

It is rather disappointing that the ACT Govt. is pushing for the distribution of Tasers for all officers. Even without this, there are numerous instance of Taser misuse eg the repeated stun shocking of an inmate at the police watch-house. The problem is that in Australia, Tasers were approved based on the clear premise that they would be used where a gun would be otherwise discharged ie where there is clear and compelling danger to life or the officer is being attacked. Instead, Tasers are used for compliance and in situations where the subject is NOT armed with a deadly weapon eg unarmed or with just a stick etc. Tasers are often used to subdue those resisting arrest without the use of any weapons and are often the first option before leading to an arrest. The quest to ask is whether a gun would otherwise have been used….if the answer is no, then Taser use is unacceptable. It will be interesting to see what the AFP’s operational guidelines are on Taser use. I doubt that they will make it available!!

@The_RiotACT @The_RiotACT
Mothers and children are being forced to sleep in their car as access to emergency housing in Canberra reaches a crisis point, says the @WomensLegalACT https://t.co/xdyOQdAxb5 (50 minutes ago)