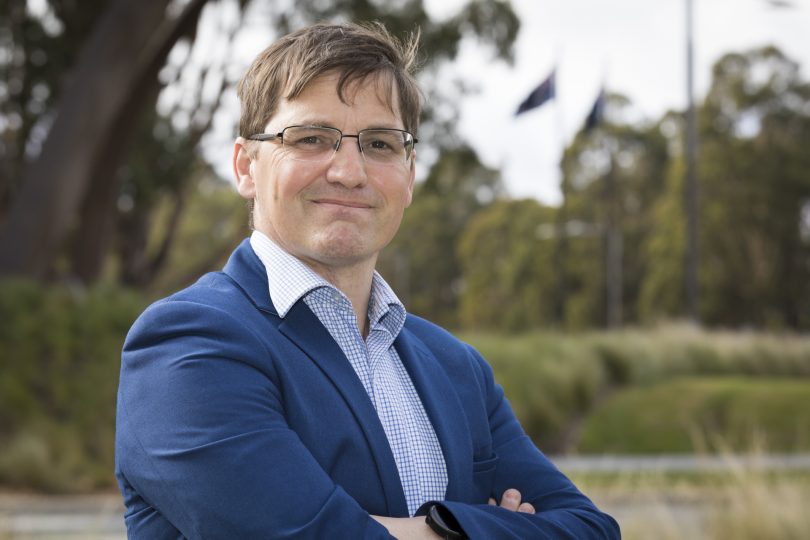 If you have ever worked as a labour-hire contractor, or applied for a contract which needs a Baseline, NV1 or NV2 Department of Defence clearance in Canberra, you will know that not having a security clearance is one of the major barriers to success.

The requirement for a security clearance has been tied to a candidate occupying a position and being sponsored for their clearance. This leaves labour-hire employees at a disadvantage because their sponsor changes with each contract without giving them the opportunity to be sure they would hold the clearance required for their next contract.

This opened the door for PayMe Australia to centrally sponsor security clearances for its employees who are required for work on a current Defence contract, or to help with a tender for a Defence contract, so that their clearance does not lapse when they move between recruitment companies.

Garrie Irons has 10 years’ experience working as a contractor in information technology and knows what candidates without clearances are up against.

“The main impact of having a clearance is the certainty of work,” he says. “It might not impact your rate of pay, but it will impact the range of roles that will open up to you.

“This initiative gives candidates a way to get a clearance for a role and have it held by one sponsor. The candidate can make the decision for themselves, look at the requirements for a job and get clearance at their own pace when the next job requires a different clearance.”

From Garrie’s perspective, it is about being able to have control over your career.

“Stumping up for the clearance is an investment in your own future,” he says. “For an organisation such as PayMe to offer the opportunity to salary sacrifice a security clearance over time has the potential to change people’s lives.”

This week, PayMe Australia announced it will continuously sponsor its contractors so that an employer sponsorship is always maintained while the contractor moves between recruitment companies.

Any labour-hire contractor can join PayMe Australia, which provides specialist payroll services including access to salary sacrifice arrangements, fee-free novated leasing, the ability to put funds away for any gaps between contracts, free membership to the Australian Contractor Community and sponsoring of security clearances.

The security clearance arrangement also forms a key component of PayMe’s commitment to Australian Defence Force (ADF) veterans, to help with the transition from service to civilian employment. Contractors working for PayMe Australia will also have access to education material on how to apply for clearances at Baseline, Negative Vetting 1 and Negative Vetting 2 levels.

It also means that contractors moving to Canberra after they have secured an initial job requiring a Baseline clearance should have the clearance when they arrive. 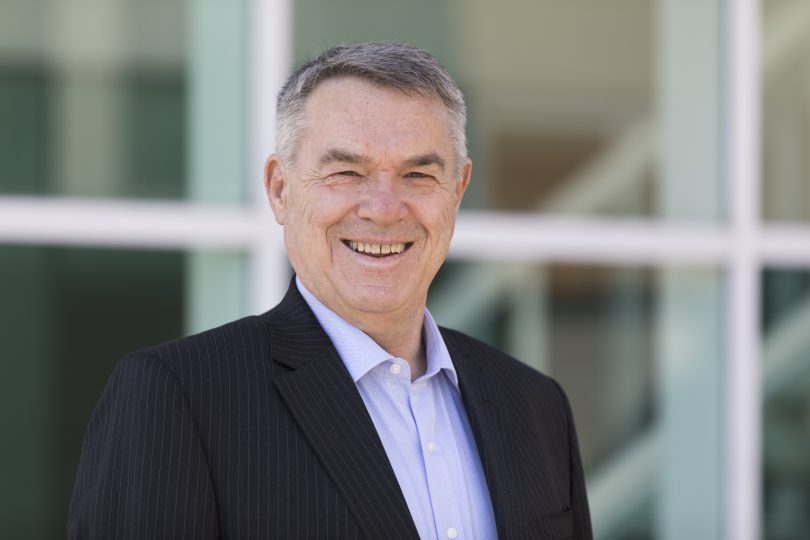 “It means there will be so many more opportunities for contractors to apply for, and get, security cleared roles,” he says. “In the past, they’ve either had to wait for AGSVA [Australian Government Security Vetting Agency] to clear them, which can take months, and miss out on the job, or they don’t apply because they haven’t got a clearance. This is a way to open up career opportunities for all contractors, and to keep their clearance between jobs.”

For contractors who regularly change recruitment companies, this means that not only will their pay records be continuously held by PayMe throughout their career, but their security clearance will, too.

As for paying contractor costs, Garrie says it is no different to investing in any other qualification.

“You’d pay to get your heavy vehicle licence to be a truck driver, and you’d pay for a degree to be a doctor,” he says. “This is just paying for another kind of qualification, which opens up career possibilities for you.”

Analogy with a heavy vehicle licence is a poor one. A security clearance is not an educational or skill investment and I bet these rent seekers charge a motza for processing it. A security clearance should be considered an automatic right granted to an individual (in the absence of some issue that might preclude it being granted) and travels with them wherever they move unless rescinded. Shifting the responsibility for these decisions further and further from the workplace where the work is done – and particularly to sham-contracting labour hire companies is sure to end in tears as well as compromising security.

Colin I suggest you speak to your MP about the rules of the DISP then, or follow up with Payme for the actual rules it works under.

My comments are my perception of the offering Payme are presenting through their DISP “membership” (If that’s the correct term).

My opinion is, access to a sector clearance should be every bit as available as access too a criminal history check – which anyone can ask for at any time (accepting there is a fee involved).

Thanks for commenting with a real name, though. ?

This article is so full of misinformation it’s ridiculous.

“In the past, they’ve either had to wait for AGSVA [Australian Government Security Vetting Agency] to clear them, which can take months, and miss out on the job”

Yeah, hate to point this out, but you still have to be cleared by ASGVA. This labour hire company are just sponsoring the clearance. AGSVA still vet the applicant. It can and does still take months, and even over a year depending on the clearance level.

And paying for your own clearance? Not on any contract I’ve ever had, or any of the hundreds I’ve recruited people for. Dodgy as hell.

Agree entirely with grim123 – my experience too.

The processing time won’t be any different, what’s changed in “The ability to trigger commencement of the process”.

I suggest you go read the AGVSA FAQ’s regarding DISP. They’re illuminating to people who have been “passengers” in the system (clearance holders).

Allan AJ - 4 minutes ago
Scott Lang you should of knuckled down early on and bought in your 20’s not try to start doing it in your 40’s. View
Jp Romano - 1 hour ago
Margaret Welsh you’re wrong. Shadow me your facts. View
Scott Lang - 3 hours ago
Allan AJ , perhaps you are right. But I'd be looking for something at half that price. Unlike the older generation, I have to... View
Opinion 19

Phạm Quới-Chi - 13 hours ago
We spotted not just one , but three black cockatoos in Isabella Plains 😍 View
David Ironside - 16 hours ago
Tracey Ironside yes there a few around Fadden recently View
Sandy Gibbs - 17 hours ago
Kathy Little Suzy Obsivac these are the ones we saw on our walk today. Timely article!... View
Opinion 1

O L - 22 hours ago
Great, that means little to no federal funding coming our way View
Annie Mills - 22 hours ago
Ben Winkler I have a sneaking suspicion that people in the bushfire affected areas are so desperate for the help they have be... View
Craig Griffiths - 1 day ago
I've become convinced over the years that tabloid media have a psychological code in the messages they put out during electio... View
show more show less
*Results are based on activity within last 7 days

The Best Payroll Services in Canberra

Defence and security mentoring event proves a hit with women