The first air shipment to Singapore of Canberra region produce will take off from Canberra Airport at 11.30 pm tonight unlocking a new market for our producers in the island state.

On board Singapore Airlines flight SQ 292 will be a selection of Canberra’s finest olive oil, smokehouse produce and wine.

Australian Capital Region Produce is behind this landmark first air cargo of perishables direct to Singapore which will open a lucrative Asian market to the region’s producers and be a direct economic benefit of international flights out of Canberra Airport.

He said Singapore businesses could place an order today and it would be on the next flight.

“We are pleased to work with any regional producers to unlock the Singapore market for them. Canberra has quality produce and wines which will be well-received in this discerning market,” he said. 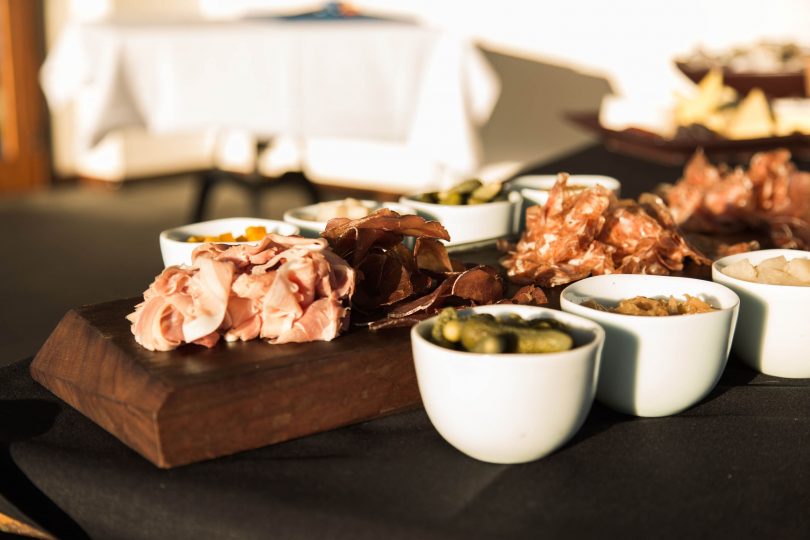 Produce from Pialligo Estate will be among the first air cargo of Canberra produce to leave for Singapore tonight. Photo: www.thepialligoestate.com.au

John Russell and Rowan Brennan from Pialligo Estate are excited to support the direct export to Singapore. “We are delighted to share the best of Canberra with Singapore, and support the capital region’s growers to export to the world. Today we are exporting our award winning bacon, salmon, olive oil and wine.”

“Wednesday 9 August is an auspicious day to send the first Canberra export to this new market. It is the National Day of Singapore, the country’s major holiday celebrating Singapore’s independence,” Mr Hansen said.

Canberra Airport Managing Director, Stephen Byron, said the shipment was a momentous advance in the development of international freight direct to Singapore from Canberra.

“We’ve been delighted to work with Australian Capital Region Produce, Qantas Freight and Singapore Airlines to facilitate access for the producers of fresh food from our wide region, straight into the Singapore market”, Mr Byron said.

“The introduction of international flights into Canberra has always incorporated freight as an important element, and we have enjoyed working with producers in Canberra and the wider region to take advantage of an express service, straight into the heart of Asia.

“Tonight’s flight is just the start of a whole new exciting phase for Canberra and South East producers.”

Great news for Canberra – well done to all involved. The vision for Canberra as an international destination and trade post for the region is slowly but steadily coming to fruition after a lot of hard work.

This is a promising start to exporting our EVOO and cool climate wines. EVOO producers are busy purchasing more land in the region to plant more trees and expand their capacity to meet the demand. The truffle growers have already started exporting beyond Singapore further into Asia – truffles travel so well! Definitely congratulations all around, especially to the producers!

What a great article and breakthrough for Canberra and the region. We have some of the best food and wine in the world on our doorstep. Congratulations to all involved including ACT Government, Canberra International Airport, Pialligo Estate and Singapore Airlines.