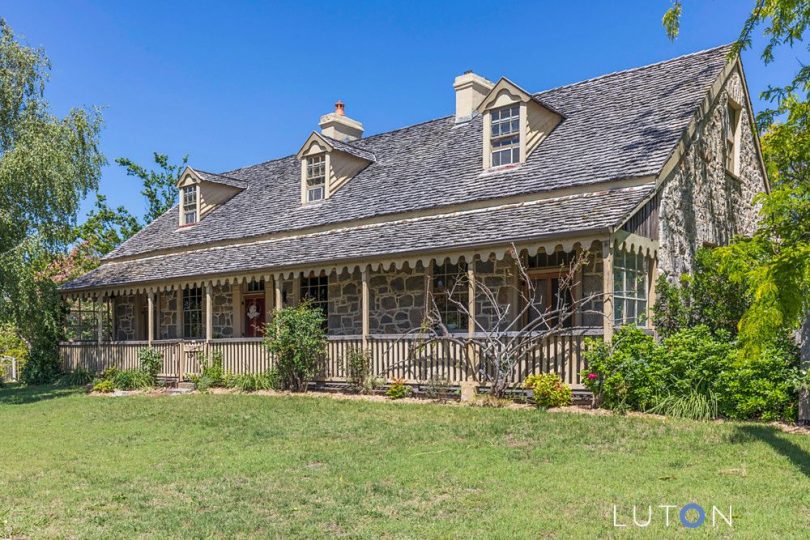 The home has been meticulously restored and the rooms are finished in original 1850s colours taken from scrapings. All photos supplied by Luton Properties Braidwood.

A landmark granite fieldstone home built as an inn by Braidwood’s first Clerk of Court, Patrick Goulding, in 1856 is on the market and comes with a substantial two-storey wood-framed barn currently used for an antiques business.

‘Tidmarsh’ at 50 Ryrie Street in Braidwood has been meticulously restored to its early appearance and in 2004 was awarded the National Trust’s State prize for best conservation.

The property also features a massive barn known as ‘Longbarn’, which was reconstructed in 2003 using scaled designs from the 1860s building, as well as a charming garden with established trees, wisteria, grapes, vegetable gardens, a chicken coop and a woodshed. 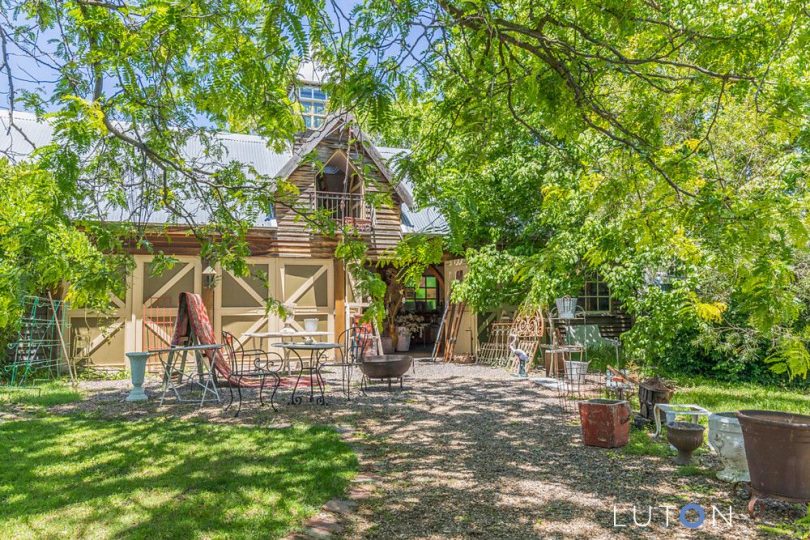 The barn is currently the home of ‘Longbarn and String’, an antiques and vintage linen business run by the property’s current owners, Gary and Jane Kendall, who are looking to simplify their lives and pursue their French tour business.

‘Tidmarsh’ sits on 1,251 square metres of land and was modelled on a rural Irish Inn of the early 19th century. 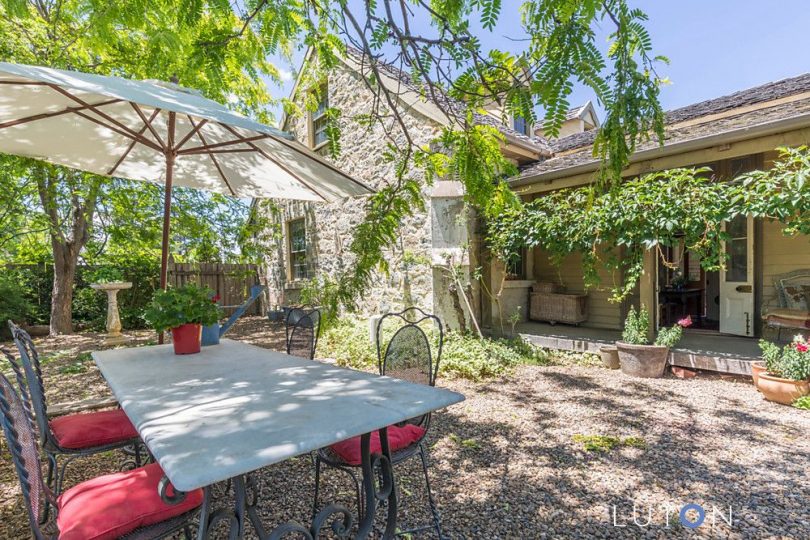 On the market for $1,695,000, the home features stunning local granite walls ranging in colour from light grey to pink and yellow.

Its steeply pitched roof has dormer windows and was beautifully restored 13 years ago with hand-cut blood wood shingles and lead flashings. 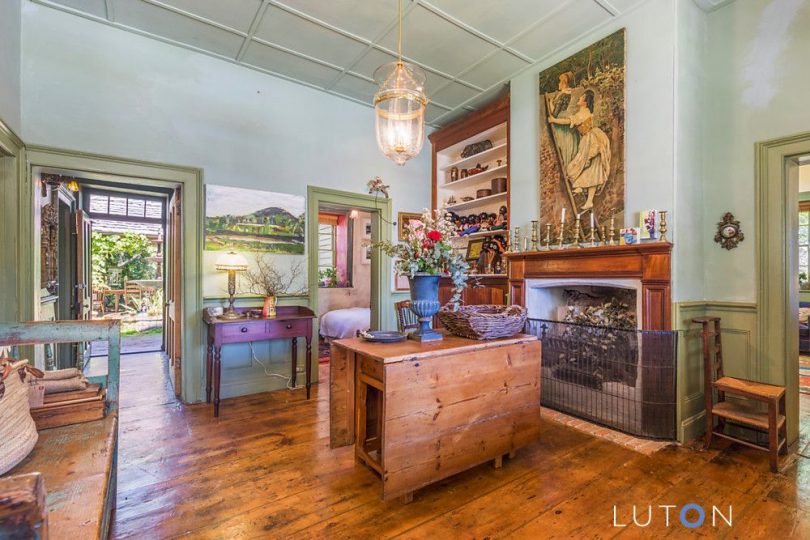 Listing agent Kelly Allen from Luton Properties Braidwood said the house is one of Braidwood’s key historic homes and has been renovated “from head to toe”. 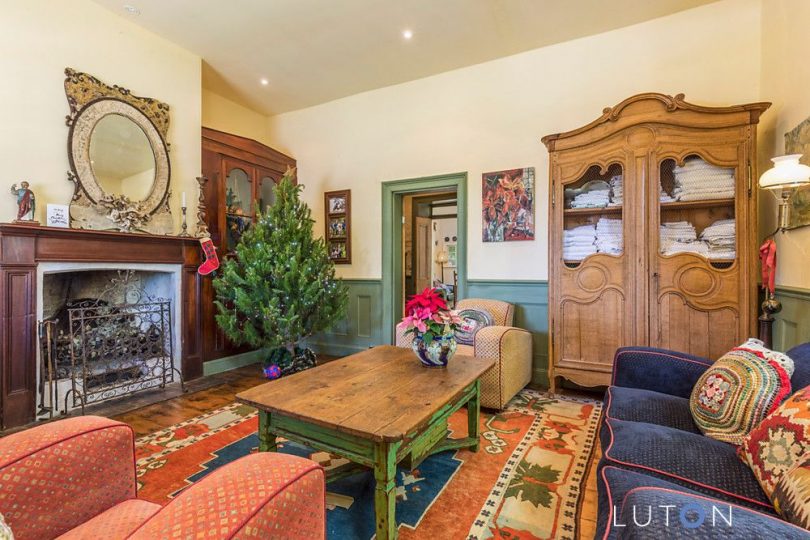 Ms Allen said the barn is itself the size of a full house and the property could suit someone who was looking to also run a business or a commercial gallery space or who wanted to operate a bed & breakfast. 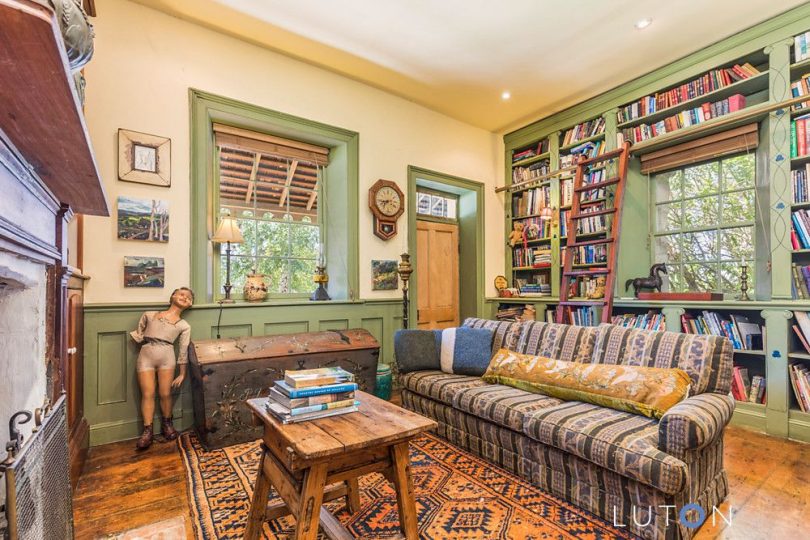 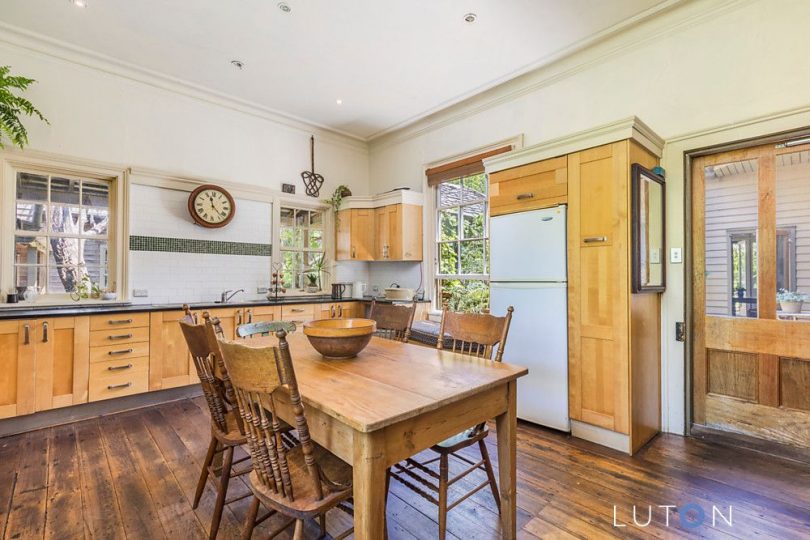 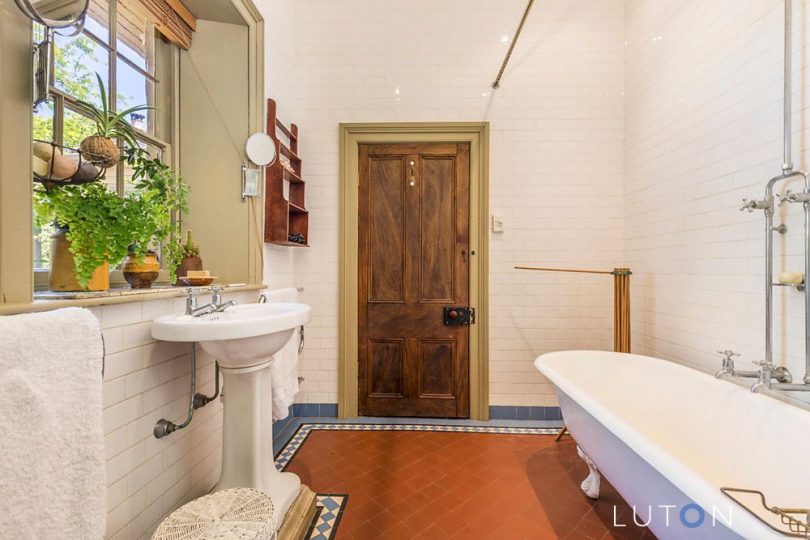 The home’s restored windows retain 19th-century glass and the rooms are finished in original 1850s colours taken from scrapings.

The bar has been restored to represent the original tap room of the 1850s Inn and has a magnificent cedar counter and fitted shelves.

‘Longbarn’ is a six-bay barn which measures 18 metres by 6 metres and uses massive timbers with traditional knee bracing and mortised joints.

The huge downstairs room is currently used for the antiques business but previously housed a collection of 14 vintage cars and a workshop. 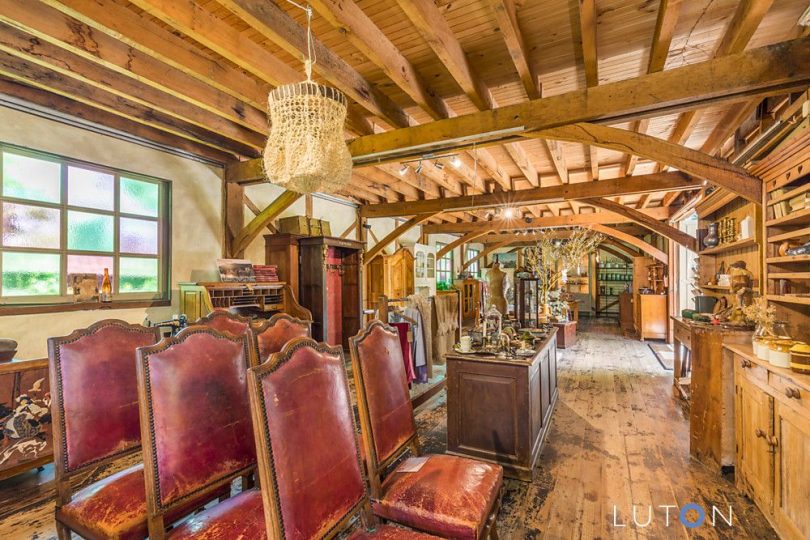 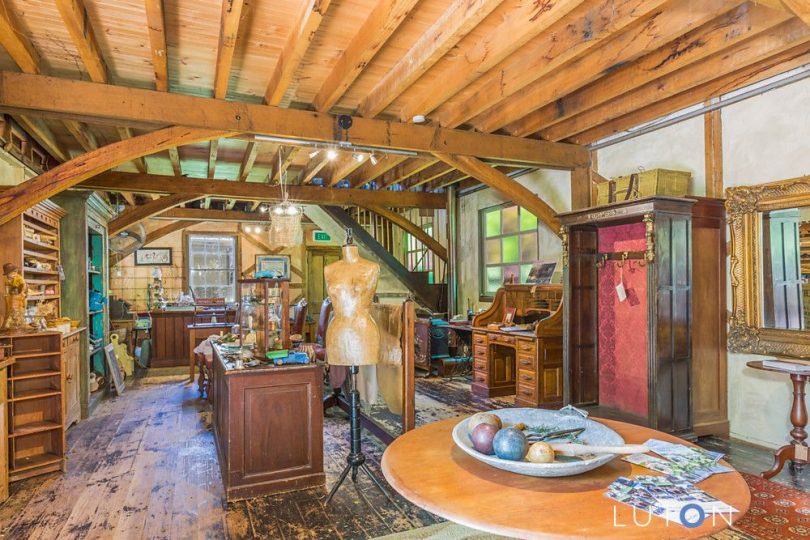 The upstairs area was designed to easily convert to a studio apartment for teenagers or guests. It currently contains a large studio, office and storeroom with two balconies and pretty dormer ceilings. 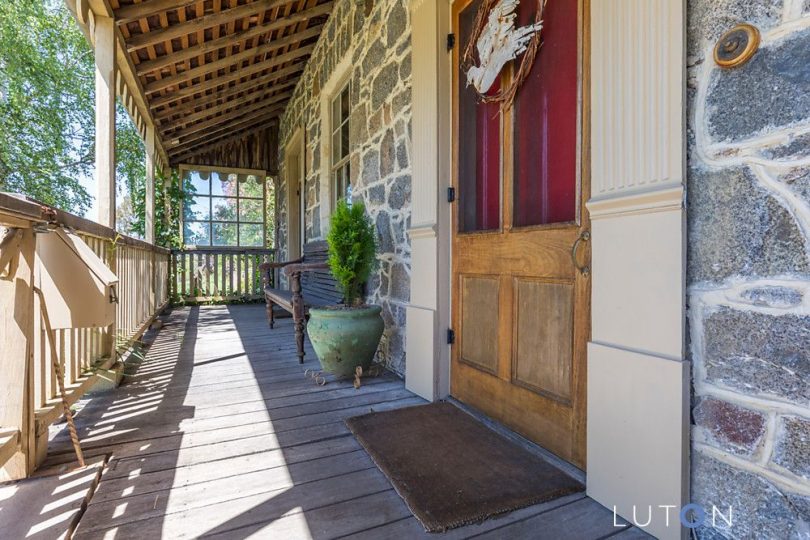 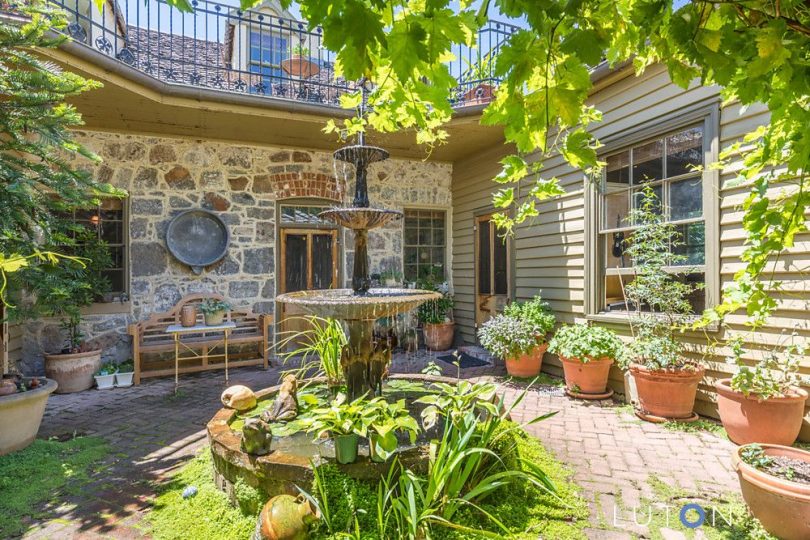 Ian Fraser - 9 minutes ago
Yes, that's how they're generally referred to and you won't go wrong by doing so. Bear in mind though that Eastern Water Drag... View
News 20

Linda Stapleton - 13 minutes ago
Hans Dimpel I will await the inquiry into the inquiry of the inquiry, before making up my mind. View
Linda Stapleton - 16 minutes ago
Might I suggest that the review can come up with what ever opinion they choose, but the opinion of voters is more important.... View
Robert Cox - 2 hours ago
"...it was overall an effective way to have stimulated the ACT’s post-lockdown economy" is an odd way to define "inconclusi... View
Community 29

Ben Phillips - 49 minutes ago
There’s about 20 acres sitting unused next to Lyneham primary. Mixing in some high density housing (units) with community p... View
Jenny Lawrence - 1 hour ago
Joshua F. Johnson any form they take, including the current one, closes off some uses - that's not an argument not to conside... View
Joshua F. Johnson - 1 hour ago
Jenny Lawrence they’re not “ovals” they’re just open outdoor spaces. You might want a pool there. You want want the D... View
News 2

TimboinOz - 2 hours ago
I generally support 'green' ideas. But not this one. I'm not all that keen on 18 and over for voting, either! Because I have... View
Acton - 2 hours ago
There are many reasons why children have not been given the vote or allowed to stand for parliament throughout history in any... View
nobody - 3 hours ago
riccardo, which age do you think that should be? View
News 8

Glorious homestead with park-like gardens and hidden delights in Braidwood

Former goldfields hotel and lockup transformed into a modern home

Platypus and poplars make this the perfect rural retreat

@the_riotact @The_RiotACT
A new report shows the @CBR_IN is delivering #employment and income to the ACT, to the tune of 400 direct #jobs and $100 million into the economy https://t.co/UHVkhwYbTq (14 minutes ago)