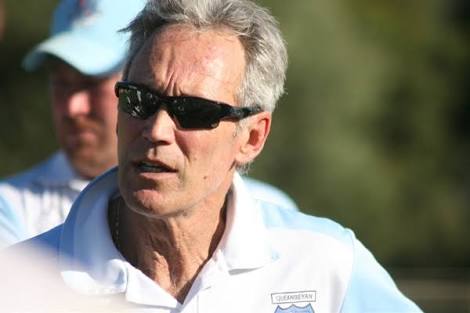 After a playing and coaching career spanning decades in Canberra rugby union, Wayne Southwell is retiring at the end of this season. Photo: Supplied.

Wayne Southwell has been teaching in one form or another for the majority of his adult life.

He was deputy principal of Mulwaree High School until finishing up in 2012, and just as significant has been the influence he has had on a generation of rugby union players as a coach in the ACT region for the past 27 years.

Growing up in Canberra, Wayne started his career as a teacher at Queanbeyan High School in 1977 while playing rugby for Majura.

By 1994, he was coaching Eastern Suburbs Rugby Union Football Club. This was the same year the club’s most famous junior, George Gregan, made that memorable tackle on Jeff Wilson for the Wallabies against the All Blacks in the Bledisloe Cup.

Wayne had been playing with Easts, and the move to coaching was a natural progression.

What followed was a 27-year coaching career, which included coaching stints at Queanbeyan Whites, Canberra Royals, in Canada, and with numerous representative teams, including the Canberra Kookaburras, the ACT under-16s, and the Australian under-16s.

He was also in charge of the 2006 championship-winning Canberra side in the now defunct Australian Rugby Shield.

In all these positions, Wayne played a major role in nurturing up-and-coming players.

“We had some great players such as Josh Hastings and Dan Penca,” he recalls.

“The 2015 premiership win after the bell with Royals is definitely a highlight,” he says. “It set the scene for years to come.” 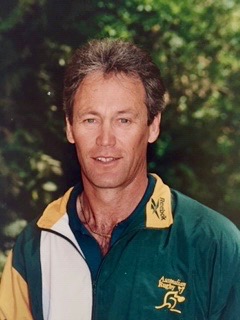 Wayne Southwell’s involvement in rugby union in the ACT and Queanbeyan has helped many young players develop into champions. Photo: Supplied.

Wayne says establishing a great culture has been central to his success as a coach.

“We have had a great leadership group at Royals, with BJ [Ben Johnson], Jamie Bodman, Pedro Rolando, Joel Penders, Tyson Tamihere and our representative players such as Andy Muirhead, Tom Cusack, Tom Staniforth and Connal McInerney,” he says.

Wayne says flyhalf Craig McMahon made his transition to Royals an easy step.

“I remember when I was coaching Queanbeyan, the influence Craig had on the Royals team,” he says. “I was lucky to then end up coaching him when I moved across.”

However, the time has come for Wayne to walk away from coaching, a passion that has at times been all-consuming.

“I made the decision about this time last year that this season would be my last,” he says. “I love it, but the time has come. It will be very hard to move on.

“Part of me says, ‘Keep going,’ but I’ve been at it a long time. There are other things to do.

“But it is a real passion and I’ll definitely miss it. It’s been a fantastic journey.”

What makes it harder for Wayne to move on has been Royals’ ill fortune through injury this season, which has impacted significantly on the team’s fate.

He says there is considerable coaching talent waiting in the wings to take over one of the most coveted roles in ACT rugby union.

Plenty of that talent coming through has more than likely been nurtured under the influence of Wayne’s coaching in one way or another. His legacy is guaranteed to continue for many years to come.

I definitely agree with the statement that his passion at times has been all consuming, coming at a cost of losing his family.
Congratulations to Wayne Southwell, your legacy will live on in football at least.

Congrats mate!! You deserve all that came your way and enjoy retirement.

Ryan H is this chap related to Justin Southwell??

Graham Hodgson His mum did work at Hawker College canteen when we were there though. The lovely older lady with glasses.

Graham Hodgson With sauce and a chocolate moove!! BEST! I still have a sausage roll in a bun every now and then. So good! Still! 🤣🤣😂

Ben Johnston tough to replace the great man but you’ll have plenty of time on your hands once you’re retired!

Dave Corcoran 🤣🤣 I will have no time to play golf with you if i do that.

Ben Johnston bring on retirement if that’s the case!