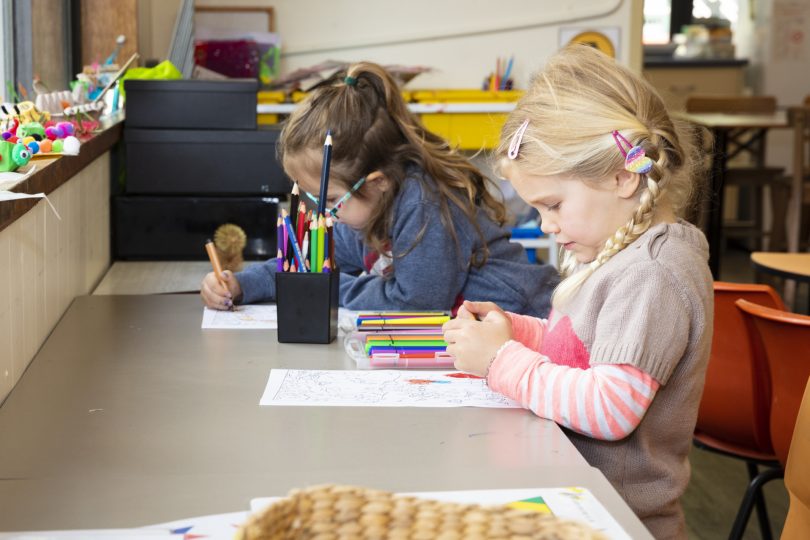 Got an arts and crafts genius at home? They might be able to run a stall at The Little Village Markets in Gordon, on 11 September, to sell their wares. Photo: Thomas Lucraft.

Canberra’s littlest business people are set to have a new space to share their biggest ideas with the community.

The Little Village Markets, which will run for the first time on 11 September, 2021, will offer young people under the age of 15 the opportunity to be market stallholders for the day.

Described as ‘a market by kids for kids’, event organisers Tracy Hall and Tara Swift are pretty sure it’s the first one of its kind to ever be held in Canberra.

Stallholders who have registered so far are preparing to sell items such as propagated plants, cakes, cookies and hand-made jewellery.

“As you’d expect, there will be plenty of baked goods and cupcakes on offer, which will go down a treat,” says Tracy.

“Something a little different is the propagated plants. One boy said he had been learning all about this with his grandfather, and when he asked if they could do a stall together, I just thought it was such a sweet idea.” 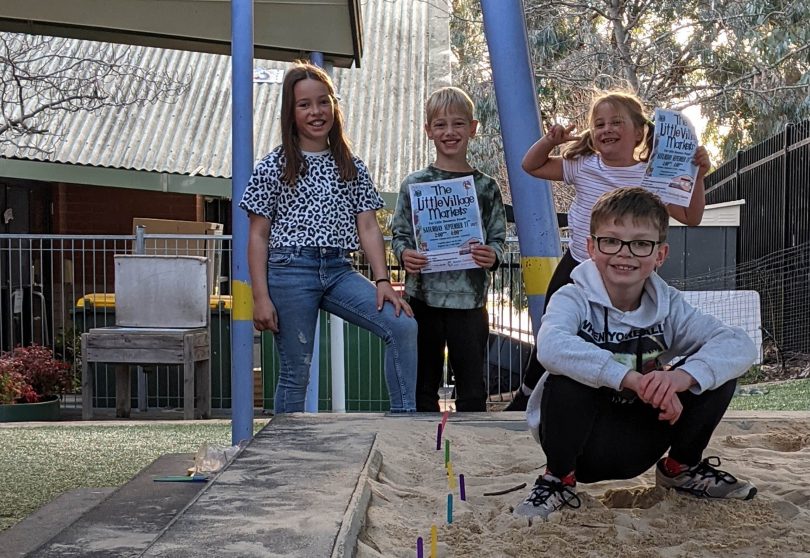 Lucy Swift (at back, right) will be running a long jump competition at The Little Village Markets, which she is very excited about. Photo: Tracy Hall.

There will also be artists, jewellery makers, and children running games and competitions.

“One young boy who loves gemstones has taught himself how to make jewellery out of them, while another girl makes her own beads and then creates jewellery from those,” says Tracy.

Tracy and Tara, who live around the corner from one another and whose children play together, say it’s been a fortuitous ride so far for the markets.

It was Tara who originally came to Tracy with the idea for the markets, saying she wanted to teach her children about business. Tracy, who is a graphic designer with a background in events management, said she was ready and willing to put her skills to the test.

After designing a logo and flyer, and setting up a Facebook page and email address, the pair put the idea to their children, who were immediately excited and full of suggestions about what kind of stallholders would be great to have.

Then the Gordon Community Centre came on board.

“It’s been one of those times when all the stars have aligned and all of the ducks have been waiting in a row,” laughs Tracy.

When the children jump, they will take the nearest Paddle Pop stick out of the sand and then use that to claim their prize. Graphic designer Tracy Hall, from Trace of Colour, has donated her time to create The Little Village Markets’ logo, flyer and branding for free. Image: Trace of Colour.

There are five spots remaining for stallholders, and Tracy says she is keen to hear from people who are interested in filling them.

Stallholders, or ‘smallholders’, need to be accompanied by a responsible adult.

Little Luxton Coffee, which is run by Tara’s husband, is another community-minded business that will be there serving on the day.

The Little Village Markets will be held on Saturday, 11 September, 2021, from 2:00 pm to 4:00 pm at Gordon Community Centre. Check out the event’s Facebook page for more information, including contact details.