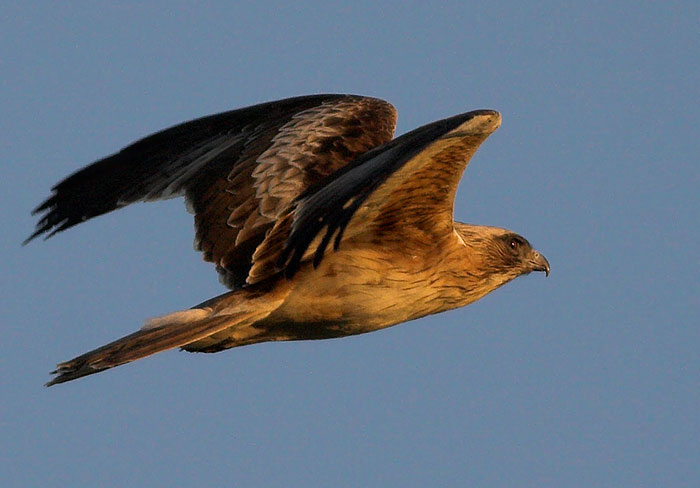 The public can now observe a little eagle pair live from its nesting site in West Belconnen after the installation of cameras as part of a joint research project being undertaken by the ACT Government, Institute for Applied Ecology – University of Canberra, CSIRO, and Ginninderry Joint Venture.

Minister for the Environment and Heritage Mick Gentleman said funding from the Ginninderry development joint venture had enabled one of the cameras to live stream to the internet, meaning anybody can have a look at one of the ACT’s most vulnerable species.

“Early indications are that, during the current nest repairing stage, the little eagles are most likely to be visiting the nest between 8 am and 10 am,” he said.

The Minister said the new technology could aid the collection of ecological knowledge and enable the community to be witnesses to the research on the little eagle, which is a threatened species in the ACT and NSW.

“Little eagles are a cautious bird and can abandon a nest site if disturbed, particularly at this early stage before a chick is present, so this technology provides a disturbance-free form of public access,” he said. 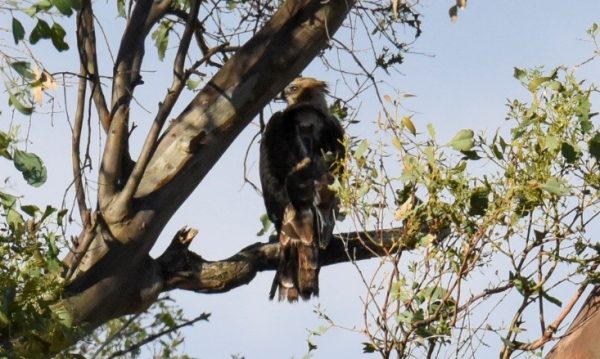 This adult male pictured near Strathnairn on 27 January 2017 flew to the Northern Territory about five weeks later. Photo: Stuart Rae.

Minister for Housing and Suburban Development Yvette Berry said that as well as nest cameras the researchers were using leg banding and satellite trackers attached to birds.

“The research is seeking information on little eagle ecology, including diet, nesting behaviour and breeding and non-breeding habitat ranges, which is required for better understanding and conservation of this species,” she said.

The Minister said that in 2015 a tracker was attached to a male bird who was previously part of a pair that in 2016-2017 had raised a fledgling on the nest now being viewed online.

“In March 2017, after the fledgling had left the nest area, the male flew over 3,300 kilometres to spend winter in the Northern Territory, just north of Daly Waters. This bird returned to Ginninderry on 13 August 2017. However, it would appear that another male has been engaged in this year’s nest repair and mating,” she said.

A report on the male little eagle’s movements in 2015-2016 is available on the Ginninderry website, and a report on the more recent activities is currently being prepared.

“In the coming year it is hoped satellite trackers will be attached to additional birds, while the results from the camera footage will also be analysed to help gain a better understanding of the species,” Ms Berry said.

As the researchers are trying to establish the size of the ACT’s little eagle population and where nesting sites occur, the public is also encouraged to report any little eagle sightings via Canberra Nature Map, Ebird, or the Canberra Ornithologists Group’s bird chatline.

This is great but it is puzzling that the first stage of Ginninderry is starting while research on the Little Eagle is still in progress, i.e. before we have enough knowledge to understand the effect of urbanisation on the Little Eagle. This is especially critical given that the first stage of housing abuts the small exclusion zone around the nest.