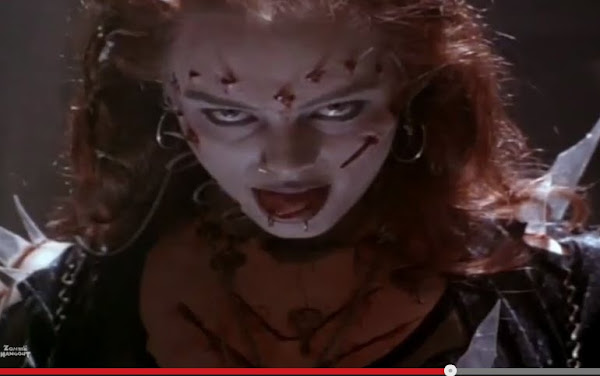 Sanguineti Media are looking to raise enough funds to make the best zom-com movie they can.

Me and my Mates vs The Zombie Apocalypse is a comedy based in Canberra about three Telecom tradesmen hiding in an exchange during the zombie apocalypse. The film was written, and is soon to be directed, by Declan Shrubb.

Aiming to repeat the success of big zombie comedies like Shaun of the Dead Declan has partnered up with Aussie comedians Greg Fleet and Alex Williamson.

You can help them out by heading over to the Indiegogo page and throwing a few bucks their way.

“Greg and Alex make the perfect comedy team. The previous generation of comics ushering in the new generation makes the film so exciting, because you’re really getting the best of both worlds,” says Mr Shrubb.

‘Me and My Mates vs the Zombie Apocalypse’ has started a crowd funding campaign on the Indiegogo fundraising platform (indiegogo.com) to raise additional funds to increase the budget for practical effects, stunts, and zombie make-up and subsequently give the film more opportunity in the very competitive US market.

Producer Daniel Sanguineti said “We have also been meeting with investors to assist to bring an internationally recognized comic into a supporting role. It’s shaping up to be a great film with international appeal.”

[Image from Return of the Living Dead Part 3… it has nothing to do with this film, but I can’t let the opportunity to put up a zombie photo go pass]

Good on ’em for using this approach to funding, I was up for throwing some cash in the kitty but then saw the promo video and the first part featuring Greg and Alex on the sofa…..I’ll keep my cash thanks.

I went to school with Declan.

Him and his mates had been making movies since they were in primary school.

Good on him!
I’m happy that at least someone coming out of that school made their dreams come true.

I think Theatre of the Dead was made entirely on crowd sourced money, something like 30k budget. According to the video, this is a 600k budget and stars some well known comedians.

Points to clarify:
Theatre of the Dead sought some funding through crowd-funding ($15,000 of around $60,000 ‘cash’ budget – ie to buy props, hire equipment and locations, feed cast and crew etc). Most of those involved in the production provided labour on a ‘deferred payment’ basis (meaning the film needs to make a profit for anyone to be paid. It was created under the Canberra Feature Film Coalition – a group of local film makers that decided to work together to collaborate on a commercial feature, to see what was possible using local talent. CFFC’s second film is currently in pre-production (this IS NOT ‘me and My Mates). Me and My Mates has one of the same Producers, and will have some of the same crew – all of whom are very well known in Canberra film making – in fact, we’ve all worked with Daniel before on some of his previous local works… He’s a talented man, and he gets things done.

A completed cut of Theatre of the Dead was recently taken to Cannes Film Market – it approaches commercial release, keeping in mind it is being made on a micro-budget of around the same as a sporty family car. More info can be found on the films’ individual websites and/or FB pages…

I think Theatre of the Dead was made entirely on crowd sourced money, something like 30k budget. According to the video, this is a 600k budget and stars some well known comedians.

There is also “Theatre of the Dead” which was recently filmed at the Erindale college complex.

This looks really cool. About time they made a good film in Canberra.

You know what’s hilarious; people so closed minded they don’t understand there is fresh ground in any genre. As long as you create fresh characters, and fresh situations, even zombies can be… Ahem… Given new life… Keep in mind one of the biggest TV shows in the world at the moment is firmly part of the zombie genre… Wheel you shark back into your own damn shed…

I was just thinking the other day that it had been years since a zombie film had been made and that it would be refreshing for someone to resurrect the genre.

UPDATE: We’ve got the Indiegogo page and a promo video now.

Wheel out the shark, there’s some jumpin’ to do…

Kerryn Price - 3 hours ago
Never had a problem. View
Pari Gilmour - 5 hours ago
I think we are less cliquey but also less friendly. That is the beauty of a country town. Smiling and giving kindness, help a... View
Alison Brittliff - 5 hours ago
Yes and no, in a day to day bau I’d say yes, but when adversity or tragedy befalls one of our own we show our heart and com... View
Opinion 205

Graham Zalewska-moon - 3 hours ago
Jan 26 was selected as Australia Day (and is the date that the necessary legislation was passed by Parliament declaring that... View
News 8

Teena Brady - 4 hours ago
Does it matter. My ex got 4 weeks for 23 family violence breaches...... View
Don Rail - 6 hours ago
ACT????? View
Jason Ezra - 6 hours ago
Lobby your elected representatives to change the law to bring the requirements into line with every other jurisdiction. View
News 10

Antony Burnham - 5 hours ago
surely they are to be contrasted with passive transport trips, i.e. falling asleep on the bus and missing your stop View
Craig McPherson - 12 hours ago
Tristan Melhuish oh yes, and hey I get this language from government - bureaucracy at its finest - but from a journalist - su... View
Tristan Melhuish - 12 hours ago
Craig McPherson or signalising an intersection when they are installing traffic lights? 😂 View
Opinion 42

Eileen Dempsey - 6 hours ago
Lovely photo Barbara 💕 View
The RiotACT - 10 hours ago
Judith Winter Hi Judith, if you head to their Facebook page tagged in the caption you will be able to contact the Red Hatters... View
Judith Winter - 11 hours ago
How do you become a Red Hatter in Canberra? View
Community 7

Greer Brennan - 8 hours ago
Ohhh some more food for thought View
Maria Greene - 10 hours ago
We went to one in Melbourne and the food was terrible and service weird. They may have difficulty getting staff during covid View
Carmel McDonell - 10 hours ago
Thai Herb -second that!!! View
show more show less
*Results are based on activity within last 7 days

Although Summernats was cancelled this year due to COVID-19, streetcars continued to make the news. ACT Policing worked closely with...
Property 35

@The_RiotACT @The_RiotACT
January is wrapping up, but there’s still plenty to see and do in Canberra over the coming week https://t.co/yDyCfOctiv (7 hours ago)

@The_RiotACT @The_RiotACT
Geocon has given ground but the YMCA will still oppose a 14-storey development next door to its Gungahlin childcare centre https://t.co/AfdmfRnk2z (9 hours ago)