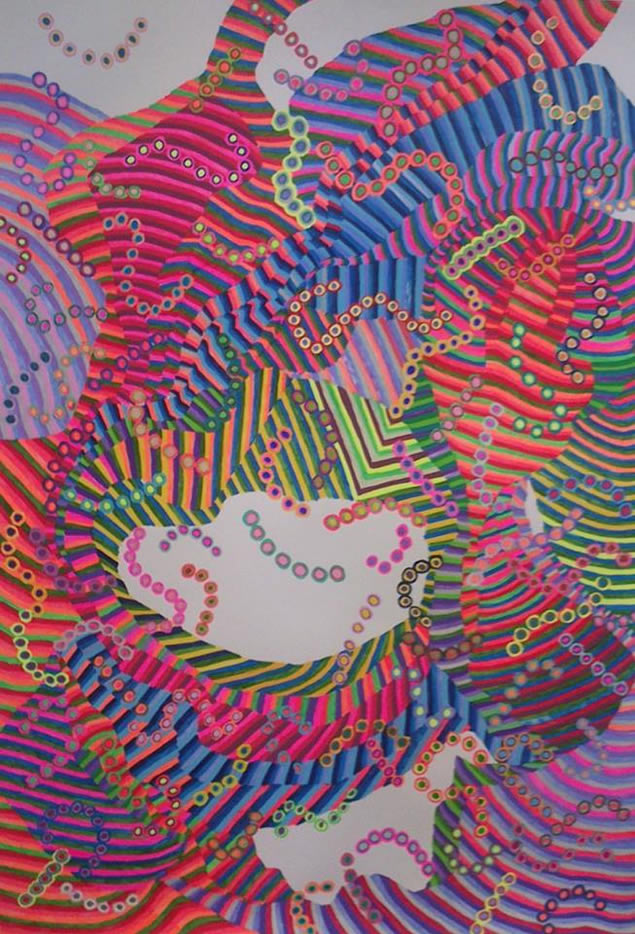 The M16 Artspace Drawing Prize once again pushes the bounds of ‘what is drawing’. This annual prize has been running since 2006 and continues to grow in quality, volume and boldness. An enthusiastic crowd of artists and art lovers came to the opening on Friday 5 December to find out who won the M16 Artspace Drawing Prize for 2014. Guests were also treated to live music entertainment by the Night Café duo.

Selected from 130 entries, the exhibition of finalists features 78 works from local and interstate artists and includes, digital, pencil, paint, print and sculpture. In particular, Hannah Quinlivan’s wall sculpture, Connective tissue ‘wirey’ connecting lines sparked numerous discussions surrounding the definition of drawing. The judges for 2014, Marie Hagerty and Mark Bayly both agreed from the outset that their first job was to determine what might constitute a drawing, while not being prejudiced about media investigation. In particular they were looking for a sense of immediacy and agency in a winner, while also being conscious of how specific works existed within the context of individual artists’ practices.

First prize has been awarded to Cat Mueller’s energetic work Rattled. Bayly said of Mueller’s work, “Rattled is bold and exuberant and I personally really enjoyed the artist’s use of markers – at once juvenile but actually a medium which requires an unerring sense of application. Mueller’s work suggests at once the joyfulness of children’s sweets and the glitz of Christmas giftwrap and the expectant, anarchic act of unwrapping. The work also possesses the strange and unsettling quality of sub-molecular particles under microscopic investigation.”

The exhibition is open to the public 12 – 5pm, Wednesday – Sunday and by appointment until 5pm 19 December.

M16 Artspace will reopen on 22 January 2015 with an exciting program for the new year. 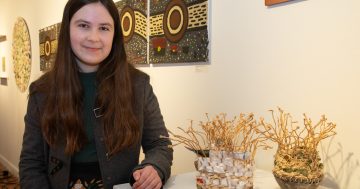