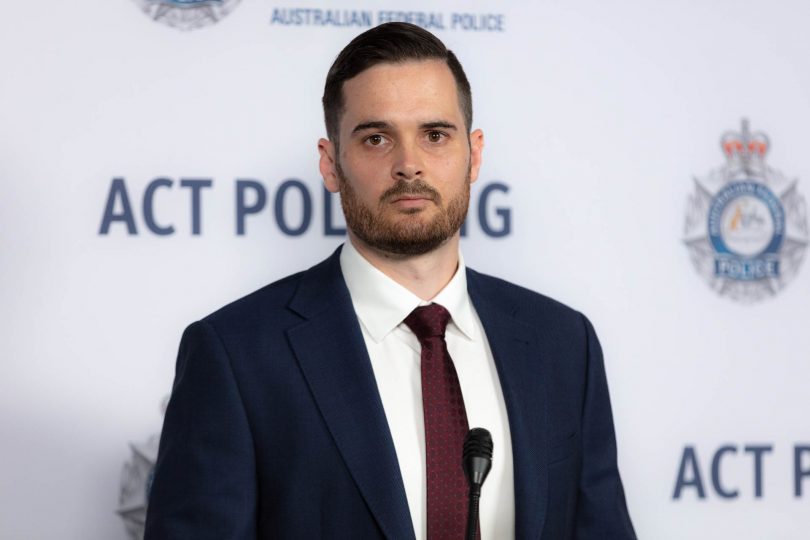 Police have charged a man with killing an elderly resident of south Canberra who died on the weekend after being taken to hospital with head injuries.

At a media conference this morning, Detective Acting Superintendent Callum Hughes said police had been called to a residence in Kambah at about 1:30 am on 22 January after reports of a disturbance.

“Police located a man there with head injuries. The man gave an explanation of the cause of his injuries, which did not disclose an offence,” he said.

The man was taken to hospital but checked himself out at about 12:25 pm that same day. Neighbours saw him alive at home that afternoon, he said.

But Detective Acting Superintendent Hughes said at about 11:30 am on Sunday, police were told the man could not be contacted. They found Mr Creek dead inside the home.

On Monday, Mr Oldfield appeared in court via audio-visual link and only spoke to say “not guilty” when asked how he would plead to his murder charge.

Special Magistrate Margaret Hunter described it as a “very serious charge” and adjourned the matter to 4 April for a pre-hearing mention.

Police are urging anyone who may have information about this incident who has not yet spoken to police to contact Crime Stoppers on 1800 333 000, or via the Crime Stoppers ACT website.