Foxsports has sad tidings for Raiders fans with the men in green getting dusted up by the silvertails last night:

Manly have shown tremendous character and an enormous engine to beat Canberra 16-10 in their NRL clash at Brookvale Oval on Saturday night.

Coming off a gruelling golden-point draw against Melbourne last Monday, Manly were under pressure for most of the first 55 minutes.

For all their dominance Canberra never led by more than four points despite two tries to exciting winger Edrick Lee.

Tries to winger David Williams and forward Justin Horo in the last 12 minutes were enough for Manly to avoid three straight home losses for the first time in nine years. 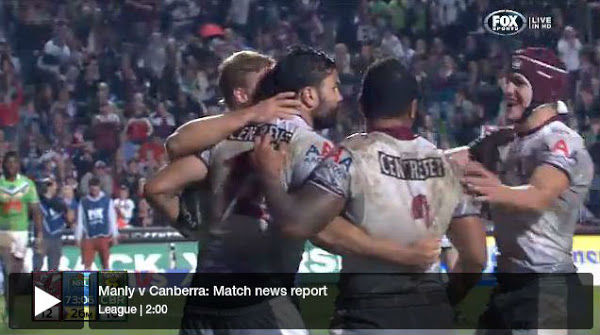