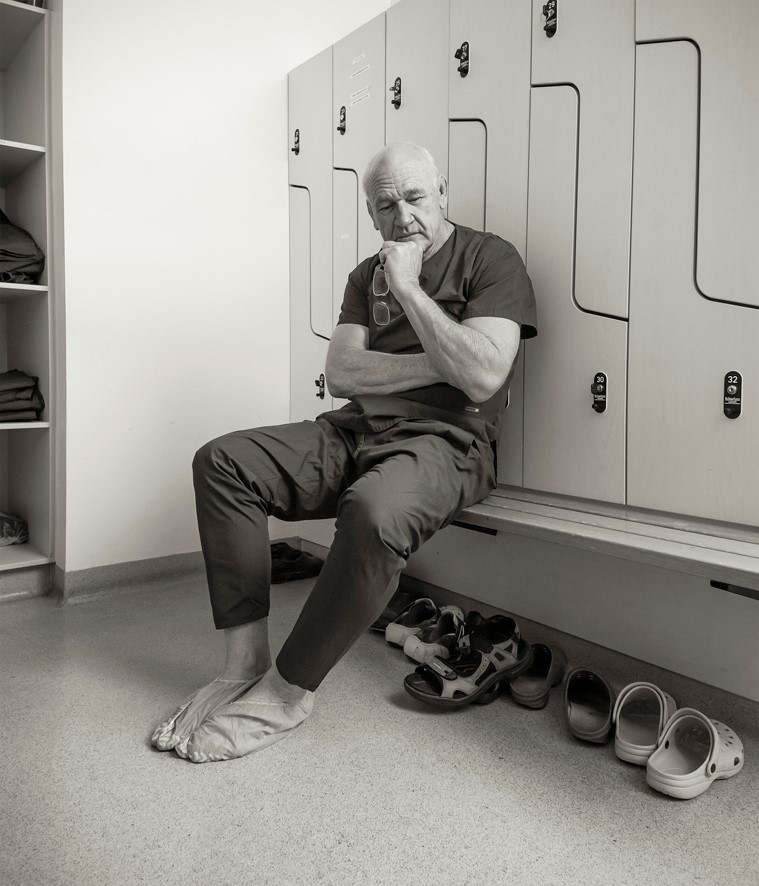 A portrait of rugby hero and surgeon Dr Mark Loane will be added to the National Portrait Gallery this week. The portrait comes as the final installment in a three-part series on Australian rugby legends.

“I was very, very surprised at the announcement,” Dr Loane said. “And also very honoured.”

Dr Loane is the nearest thing to a modern day polymath. Joining the Wallabies at 18 as their youngest ever forward, Loane became the captain in 1979 and led his team to the first Bledisloe Cup victory in Australia in 45 years.

But he didn’t stop there.

For most great sportsmen, sport is life. After leaving the field, they retire fat and happy to lucrative post-careers in commentary, coaching or advisory. Shane Warne joined Channel 9, Nathan Buckley started coaching the team he once captained, Adam Goodes joined David Jones as a celebrity ambassador.

Bur for Dr Loane, the end of his rugby career in 1982 marked only the end of the beginning.

At 30-years-old, he sat the eye surgeons’ exam and smashed it, coming top of his class, marking the start of his second and equally laurel-studded career as an eye surgeon.

Ascending the ranks of Queensland ophthalmology, Dr Loane started his own clinic. From there, he poured time and money into opening eye health centres in remote aboriginal areas like Cape York. He was honoured for his charity work with the Order of Australia in 2011.

The portrait, taken by the Canadian-born photographer Joachim Froese, tries to unite the two aspects of Dr Loane’s life through a unifying theme: change rooms.

“I spent years of my life, from the time I was 12, in change rooms, where you turn up to something dressed in some kind of suit and then you run on to the field and you become something different on the field.

“I didn’t realise until my photographer pointed it out but that’s exactly what you do in surgery: you put on new clothes and become something different. [The photographer] did something that I wouldn’t have thought of: that I’ve been going into the change room almost daily and putting on new clothing and turning into something else.”

The portrait will be open to public viewing from Saturday.

Turnball Yarry - 1 hour ago
Rusty Mash Micro-forest!... View
Ashley Keaveney - 2 hours ago
How about fix and maintain them. Dry land oval is a complete cop-out...... View
Elspeth Shannon Rollason - 3 hours ago
The Florey oval which is in this picture needs to be an oval for the primary school. It needs to be fixed up so the kids can... View
News 17

Tim Evans - 6 hours ago
They were useless. View
Community 1

@the_riotact @The_RiotACT
After a momentary reprieve for locals and the publican, 'Choppy' Connor, the #Gundaroo pub has closed again. But for how long? https://t.co/bv6Vm9Bb1a (2 hours ago)

@the_riotact @The_RiotACT
Eden Road is the only #Canberra region #winemaker to make this year's James Halliday Top 100 list. Here's how they did it https://t.co/IlhsfvnPQh (3 hours ago)