Experts in buying, selling & renting
Your property, your future
26 June 2019 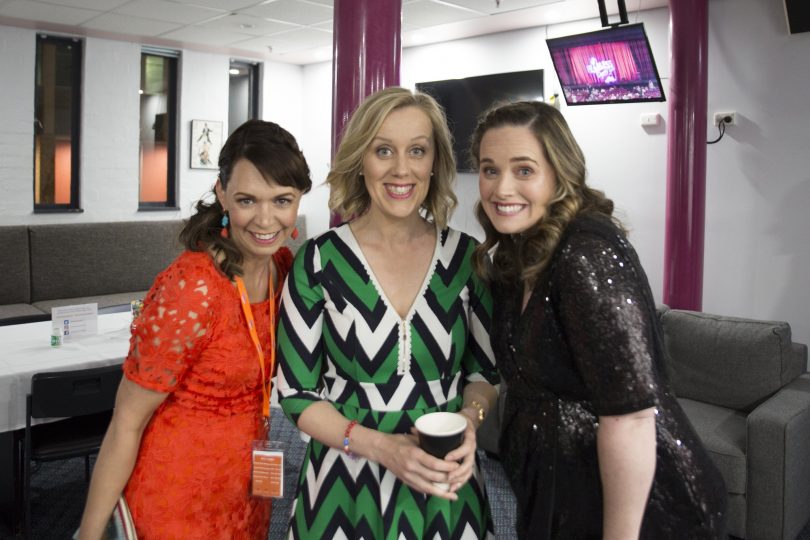 From the left: Juliet Moody, Claire Hooper and Catherine Crowley.

She’s the award-winning, ukulele-playing comedian with a huge heart, whose tireless efforts have brought smiles to countless Canberra faces through her comedy shows and contributions to charity over the past few years.

For those who don’t know her, Juliet Moody is a local teacher and mum of four whose natural talent as a comedian shone through after she escaped a violent relationship 14 years ago.

Finding comfort in comedy and a new friendship with now fellow comedian Catherine Crowley, the two formed Sparrow-Folk – a comedy duo that received international attention after their satirical songs (such as Naughty Nuts and Ruin Your Day) went viral.

Determined to help other victims of domestic violence through awareness and donations, Juliet launched the Fearless Comedy Gala in 2016 – a comedy show featuring a seriously cool line-up of some of Australia’s best comedy acts. With the help of the comedians, the Canberra public and Fearless sponsors, Juliet raised over $30,000 for the Domestic Violence Crisis Service (DVCS) in the first year.

Fearless returned again in 2017 and 2018, with the latest show receiving rave reviews and carrying the Fearless total to over $100,000 in donations to DVCS and Toora Women Inc.

“Our latest show was so fantastic, and my absolute favourite,” says Juliet. “We had very talented comedians from Canberra and all across Australia, and it was amazing to watch it all unfold on stage.

“This year we were also fortunate to have the Project One dance crew. They opened the show with a sensational dance piece they had taken to the World Hip Hop Dance Championship where they were finalists. At the end of the night, the crew came back on stage and had a dance-off with the comedians. The audience loved it!”

Juliet says she is thrilled to be able to donate the money to DVCS and Toora Women Inc just before Christmas, which can be an especially difficult time for people affected by domestic violence.

“I’m so grateful to all our comedians for donating their time, and to our sponsors for returning again this year to make it all possible – Canberra Community Bank Group, Canberra Theatre, ACT Government, WIN TV, Mix 106.3 and East Hotel.” 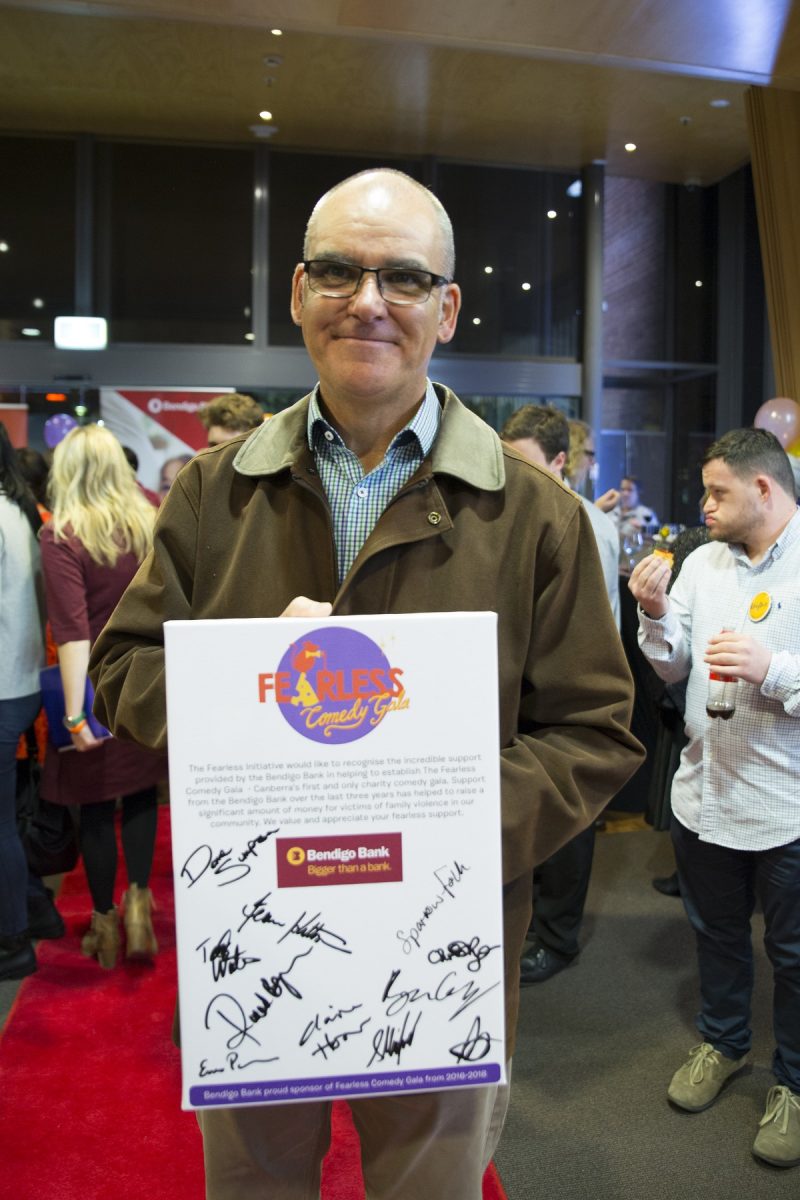 Juliet didn’t stop at Fearless this year though – partnering with other Canberra comedians to produce the recent CanBra Comedy Gala, which quickly sold out and raised over $5,500 for the Canberra Rape Crisis Centre.

“We wanted to create a show that acknowledged some of the difficulties and inequality women face in performing arts, comedy, and in general. Incidents of performing artists being impacted by sexual and violent crime was brought to our attention, so we wanted to make a stand that we don’t accept this sort of behaviour.

“All the artists who performed – men and women – wore a bra in solidarity for the cause, and to help raise money for the Canberra Rape Crisis Centre. The show sold out, and The Street Theatre who sponsored the event even had to bring in extra chairs.” 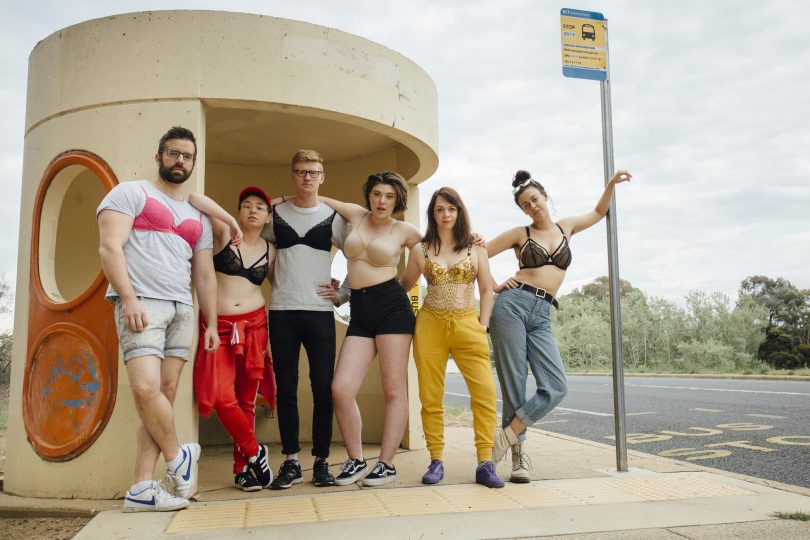 Deservedly, Juliet has been named a finalist in a series of local awards this year, including the Canberra Women in Business Public Service award (for which she received a special commendation), and the ACT Australian of the Year Local Hero award.

“It was so amazing being nominated for that award, and being in a room with people who do so much for our community. It was a very humbling experience.”

Juliet says she can’t wait to start preparing for Fearless 2019, and would love to have the CanBra show return too.

“We want to continue what we’re doing in Canberra and also reach out to nearby regional areas that don’t often get local shows, and are frequently neglected in terms of support services for serious issues such as domestic violence.”

To learn more about Canberra Community Bank Group’s support for not-for-profit organisations and events, pop into one of our local Bendigo Bank community branches in: