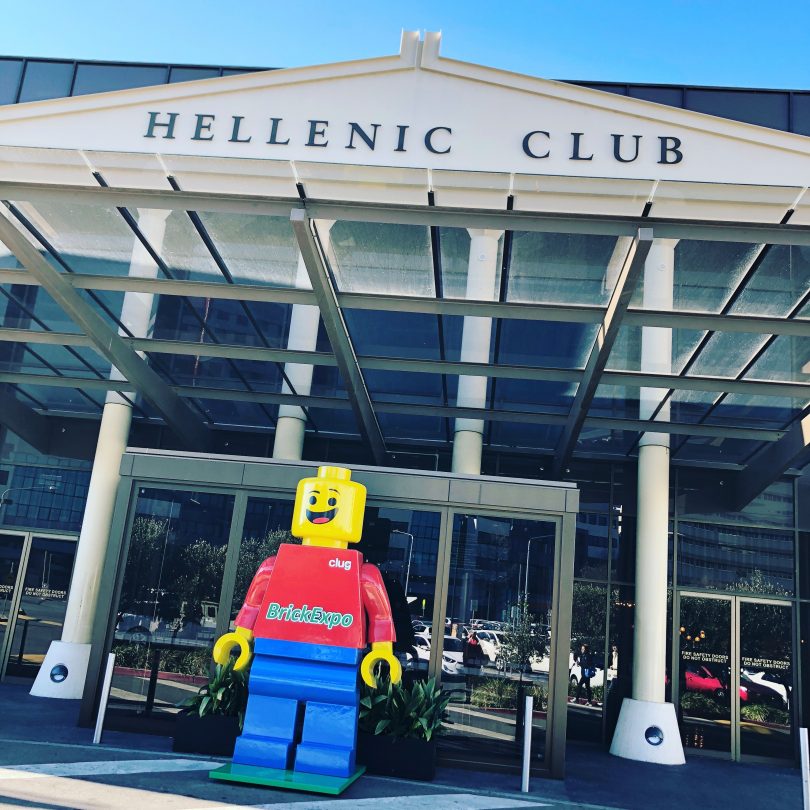 It is that time of the year again, where LEGO lovers of Canberra converge on the Hellenic Club to admire and marvel at the works on display at the Canberra Brick Expo. The annual local LEGO exhibition, where rare and unique LEGO creations by interstate, local collectors and modellers showcasing hundreds of static, moving and robotic models, is every LEGOlites dream. On from the 10th – 12th of August, the event has grown from its humble beginnings in 2010 to being a sell out in recent years.

So popular is the event, organisers now offer timed sessions, to ensure there is no over-crowding on the weekend and everybody can get a good look at the LEGO masterpieces. For those wanting to experience a more quiet and intimate look, the Friday sessions have restricted numbers to guarantee a peaceful visit. There is also an ‘Adults Only’ VIP evening on Saturday the 11th of August, where visitors can enjoy drinks and nibbles at an exclusive session.

Not only is the Brick Expo an opportunity to glimpse some sensational LEGO creations that defy imagination but it is also an important fundraising event, raising money for PaTCH – Paediatrics at The Canberra Hospital. More than $350,000 has been raised through ticket sales – money which has been used for equipment such as mobile cardiotocography (CTG) machines for the birthing suite, child friendly way-finding images throughout the hospital foyer, as well as a LEGO mosaic artwork, that helps to make the hospital environment more comforting and colourful for patients and their families. 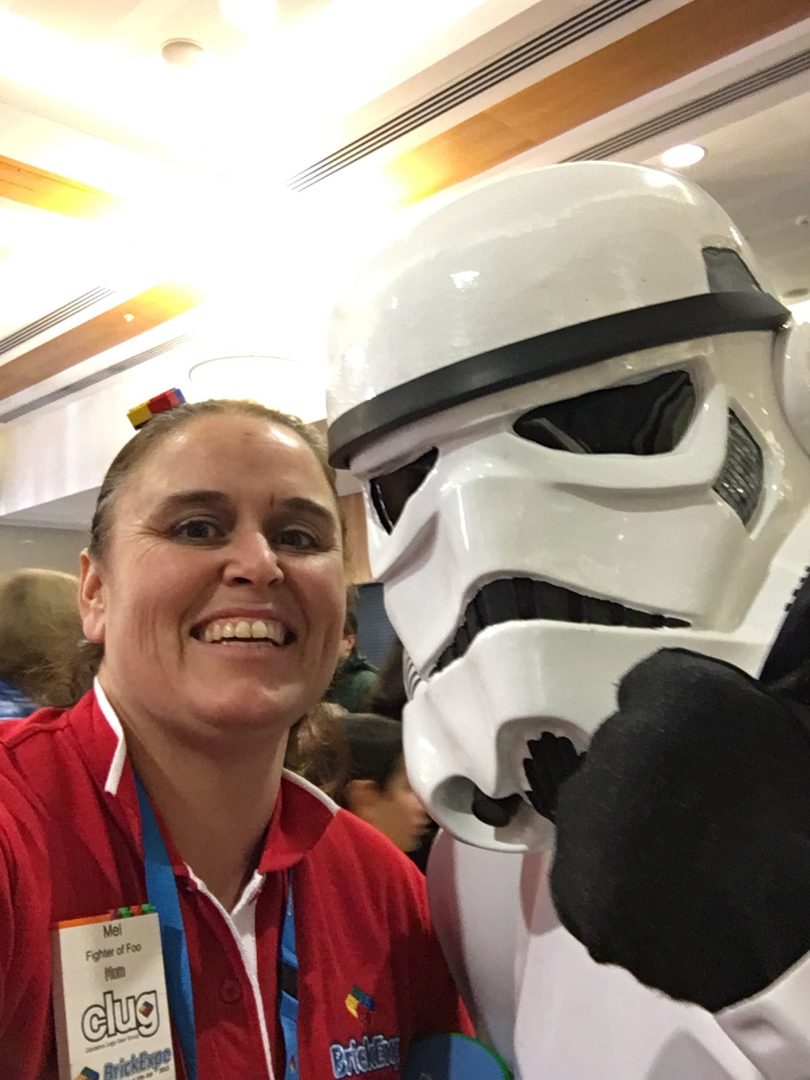 It is all run and organised by a group of passionate local volunteers like Mel Bezear. A busy professional by day but in her spare time, she is the Canberra Lego User Group secretary, marketing coordinator and MC at the event.

Mel says, “I had always played with LEGO as a child, but as with most teenagers/adults, I didn’t use it for a long time until I had kids. Then my partner Anthony and I encouraged our sons to play with LEGO as it is such a great toy. I love that every piece, whether it’s from 1970 or 2018, will fit together and make something awesome. As a parent and ex-teacher, I also love that it encourages creativity and problem-solving.”

“In 2009, my son Samuel passed away suddenly, at the age of 13. As we grieved, we found that LEGO was something that we could do together as a family. At first, our son Oliver (then 6) went LEGO crazy, but then once we started attending the Expo, we all got excited about what was possible. We attended the Expo in 2010 and 2011 as visitors, and in 2012 we joined the Canberra Lego User Group and then became involved in Brick Expo as exhibitors. By 2013 I had taken on a volunteer role with the Expo, and by 2014 I was the MC at each event. I now play a large role as the secretary, marketing coordinator and the MC at the event.” 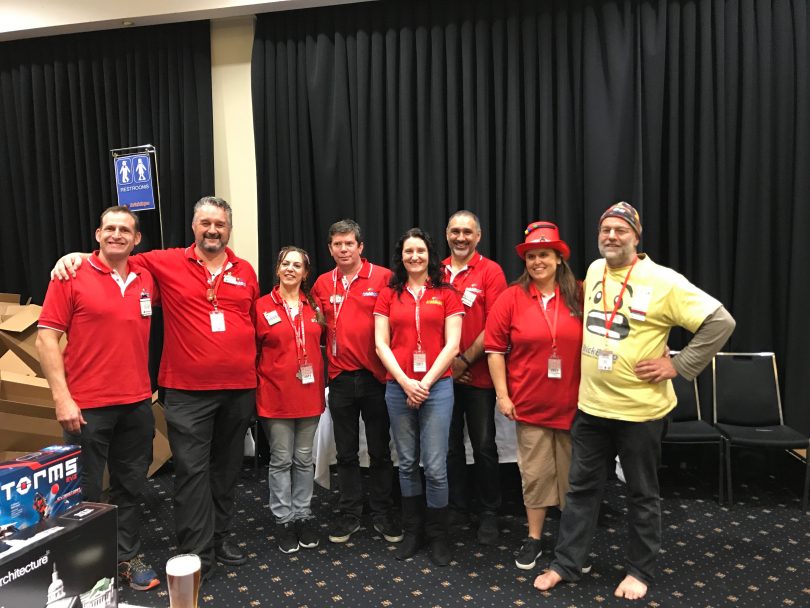 Started originally by four local LEGO fans: David Boddy, Stephen Calder, Alberto Giberti and Connor Hicks, the volunteer spirit is very strong amongst the team still. Stephen remains part of the committee and David is in the role of chairman. According to Mel, “David is the brains behind Brick Expo. The event probably wouldn’t happen without him. He pours his heart and soul into it. In 2016, David was a finalist in the Australian of the Year Local Hero awards for his efforts in organising the event.”

“Brick Expo is run completely by volunteers. All of us volunteer our times, and everyone on the committee has a busy full-time job. I work for the Education Directorate supporting our public schools. We spend a lot of time on the event, but we wouldn’t have it any other way. We all agree that what we get most out of the event is the satisfaction of supporting PaTCH; but we also love hosting an event that is family-friendly, affordable and popular with people of all ages and backgrounds. It’s very cool to see the looks on people’s faces as they arrive and see rooms full of amazing LEGO models.” 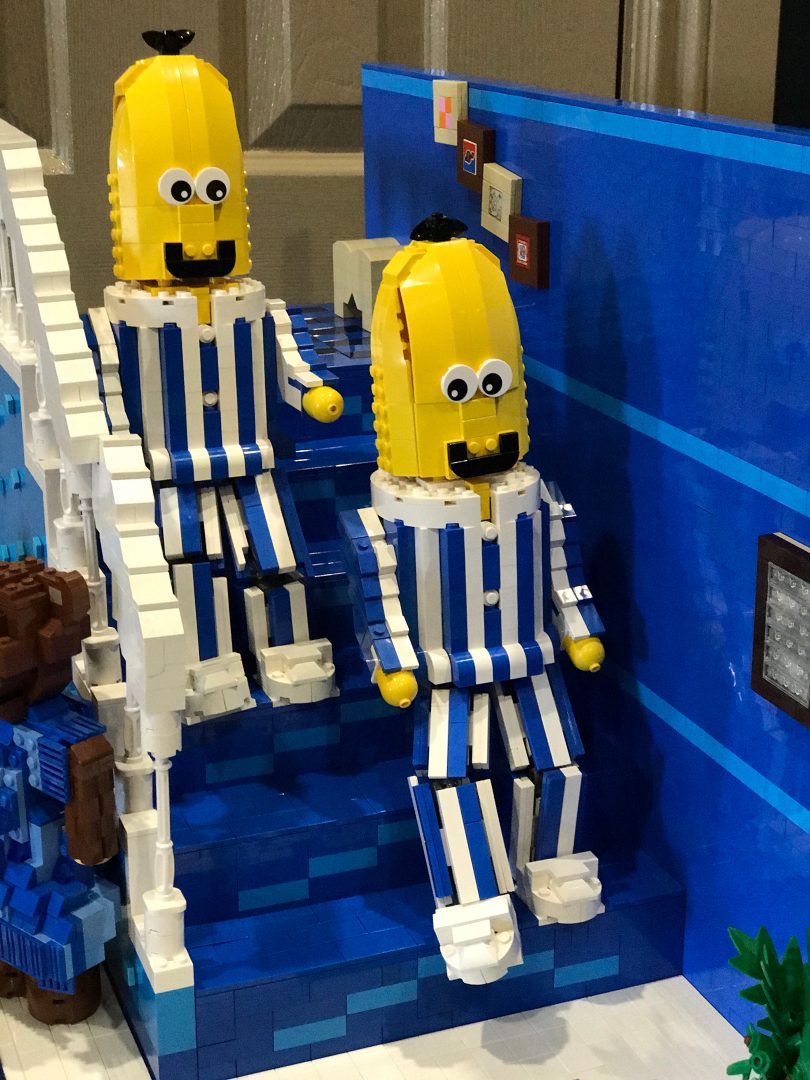 One of Mel’s creations.

Brick Expo will be held 10-12 August 2018 at the Hellenic Club in Woden. Tickets are available exclusively online at www.brickexpo.com.au.

@The_RiotACT @The_RiotACT
On The Campaign Trail today, the Libs commit to cut elective surgery waiting times, Labor backs new schools, Pollard pumps for sport in Gungahlin, and the Federation Party wants the Port of Eden to become the Port for Canberra https://t.co/8FOvDV2Uhx (6 minutes ago)