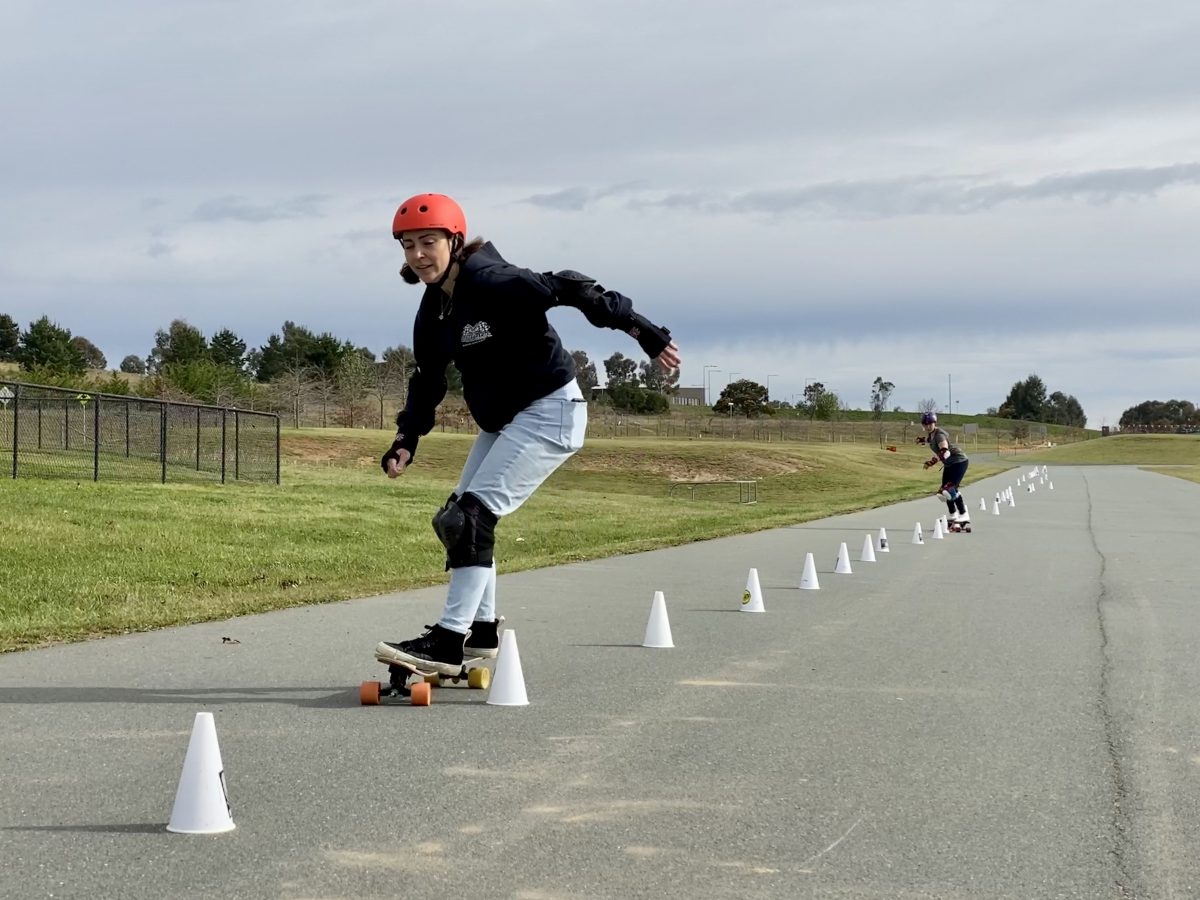 The hum of the wheels on the tarmac grows louder as the girls roll down the hill, flitting between the small plastic cones by leaning their body weight this way and that.

It’s called slalom skateboarding, but another name could be ‘ballet on wheels’.

Donned with a helmet and knee and elbow pads, Imogen McMillan and Ayesha (Ish) Pang are practising their moves at the Stromlo Forest Park. In less than a month, they will arrive in Argentina for the 2022 World Skate Games, where they’ll be spearheading a couple of firsts.

Not only is it the first time slalom skateboarding has featured at the games, but Imogen and Ish are also the first women to represent Australia on the world stage.

“I’ve been slalom skateboarding with the national men’s team ever since I was a kid, and knowing that we get to go over as the first women for Australia is great.” 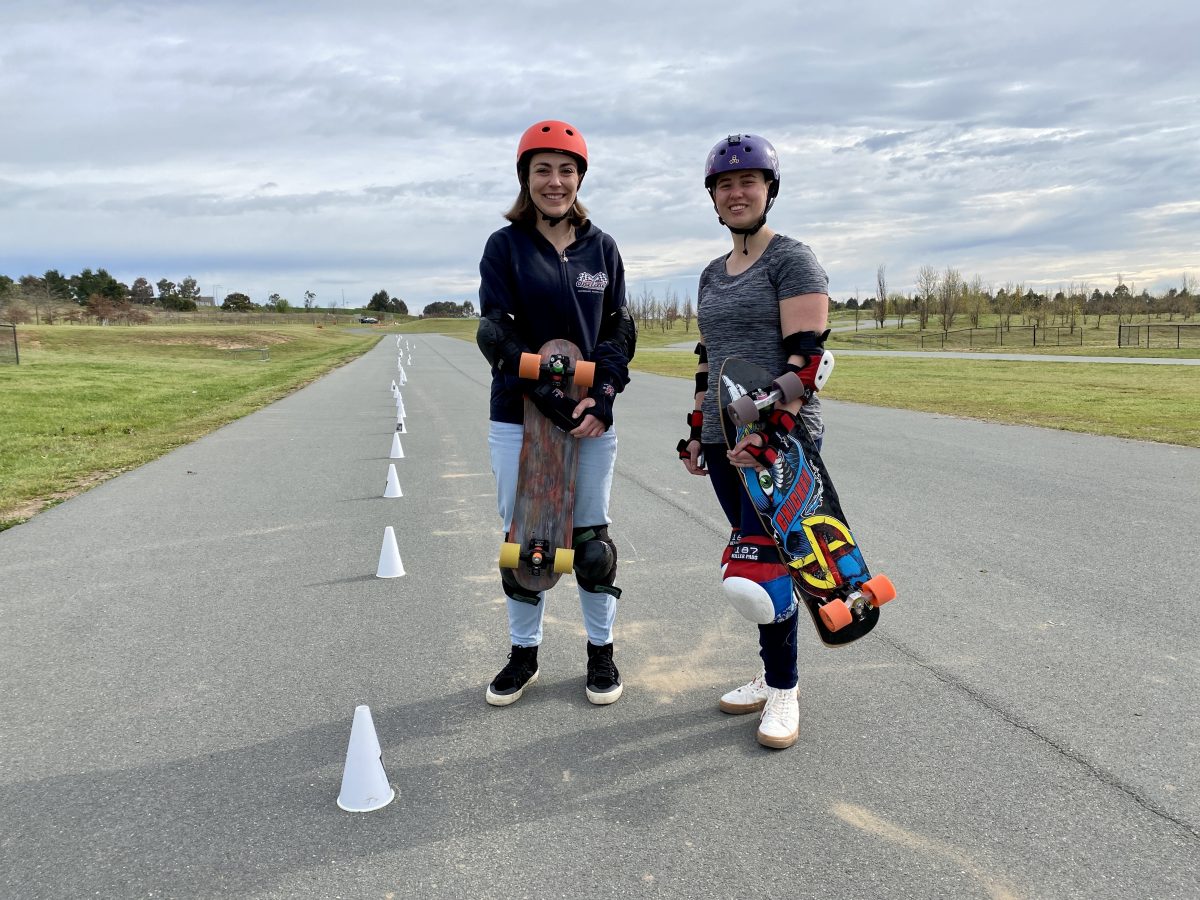 Imogen grew up on the Central Coast. Both of her parents were ‘mountain boarders’ – “basically snowboarding, but with all-terrain wheels for dirt tracks and grass slopes” – before they gave it up as age caught up. Her dad wasn’t done yet, however, and began skateboarding before throwing in the cones.

“He got me into slalom skateboarding when I was a nine-year-old kid, and I’ve been doing it ever since,” she says.

Skateboarding as we know it hails back to the late 1940s or early 1950s when surfers in California wanted something to do when the waves were flat. Sets of skate wheels were attached to wooden boards and riders practised ‘sidewalk surfing’.

In the case of slalom skateboarding, the design differs slightly. The wheels are wider and there’s more flex in the axles to allow the rider to pivot more. Then there is the way you ride.

“It’s all about movement,” Imogen says.

“Through the corners, it’s sort of a pumping motion – you know, when you’re about to jump. It’s quite similar to skiing or snowboarding where you really push your body weight into a turn.”

In 2014, Imogen moved to Canberra and discovered a strong fanbase here too.

“Australia has smaller interest than Europe and America, but there are still various crews all over the country,” she says.

Not only does Canberra have the purpose-built Stromlo Forest Park and an array of cycle paths everywhere else, we also host the Australian National Slalom Championships every March. Competitors dodge cones at speed in a head-to-head shoot-out or race down a drainage ditch.

In 2021, she met Ish, who was into skateboards, BMX bikes, and other forms of wheel sports as a child but only strapped on the helmet again last year as an adult.

“About six months ago, I was invited to come and try slalom skateboarding,” Ish says.

“The next day was the National Slalom Championships. When I arrived, I thought it was just a few people catching up, but it turned out to be an actual race. It was the right people at the right place for me.”

The two women are now part of Canberra Skate Girls, fitting the hobby around their day – and in Imogen’s case, night – jobs.

Ish works with Canberra Health Services, who are “really supportive”.

“My work is quite sedentary, so it’s great to get some energy out either at the beginning or end of the day.” 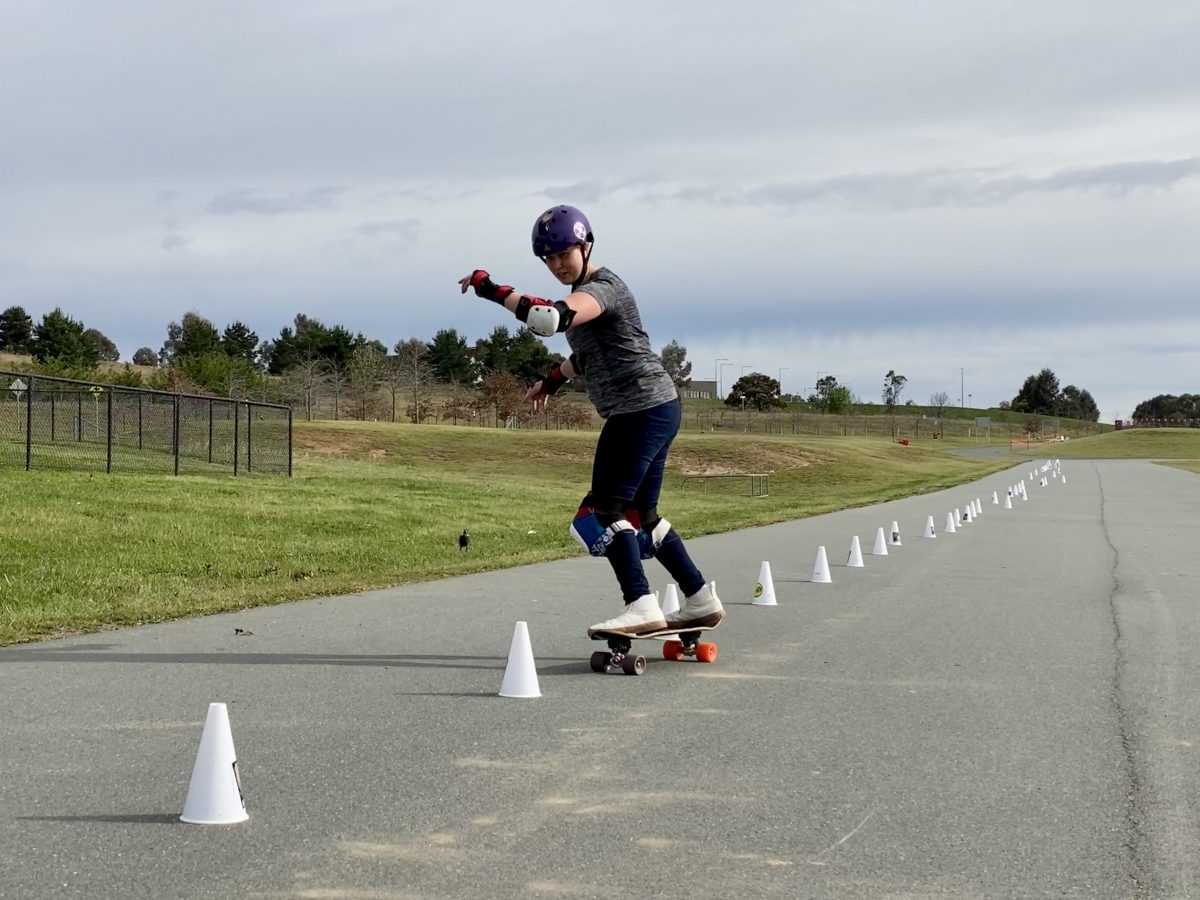 Imogen is a horticulture apprentice with the ACT Government. At the moment, this means she’s spending a lot of time at Floriade, “lugging bags of dirt, digging holes and overnight, watering flowers”.

“But they’ve also been fantastic about it,” she says.

Practising is one thing, the National Slalom Championship is another, but the World Skate Games requires a next-level amount of commitment. Both Imogen and Ish had to record times impressive enough to even be considered.

“It’s about putting down your best time and then leaving it to a group to decide who they want to send from Australia,” Ish says.

The trip is entirely self-funded, so the Australian team have launched a GoFundMe page to raise the money needed to get them to and from Argentina from 24 October to 13 November.

READ ALSO Pawfect! New dog parks on way for the north and south

From there, Imogen and Ish’s first ambition is to win gold, but either way, they won’t be packing away the skateboards anytime soon. They want to introduce slalom skateboarding to the Olympics.

“It’s up for potential review at the moment, now that other forms of skateboarding are there,” Ish says.

“Australia already has some of the best street skateboarders on the international stage. A lot of people from other countries also come here to train because of the facilities and culture we have here. So I could foresee us potentially winning gold.”

Time for a go. Ish offers me her board, and I shakily step up to the challenge. I set off down the tarmac and … yeah, let’s end this here. 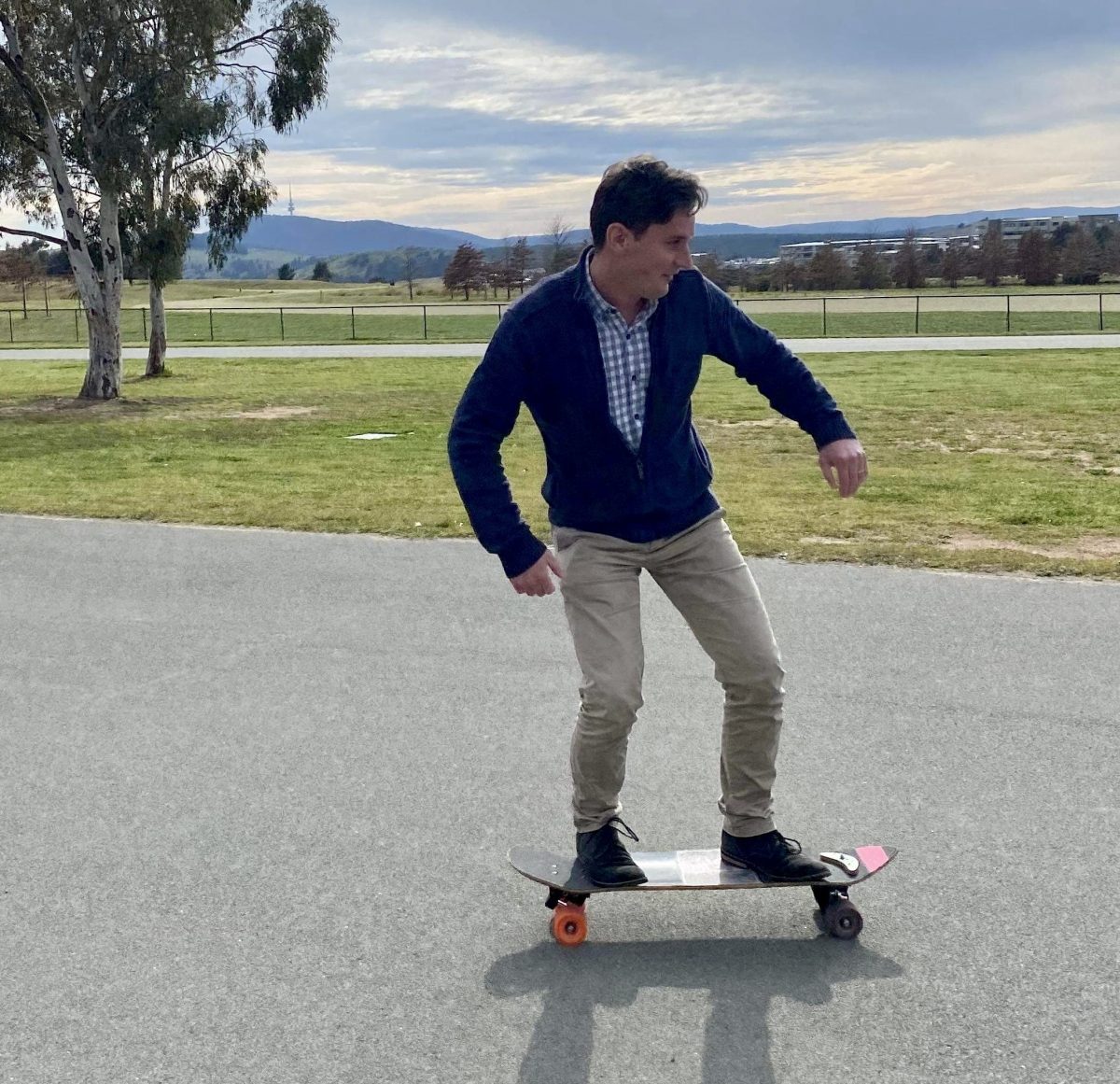