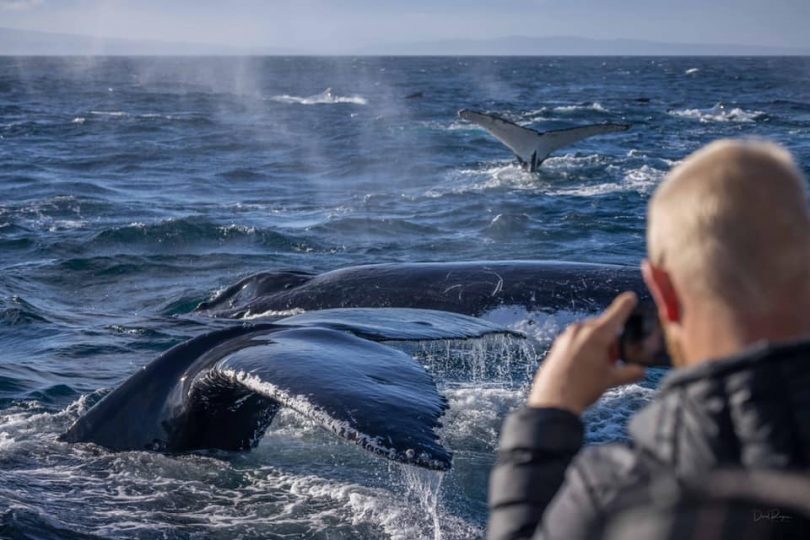 Up to 100 humpback whales have been spotted off the coast near Eden and Merimbula this week. Photo: David Rogers.

“Look! A whale!” is an often-heard cry between May and September along the NSW South Coast.

But those lucky enough to be out on boats during the past weekend and early this week were treated to humpback whales en masse, with witnesses saying there were up to 100 whales all breaching and feeding, creating a spectacle that will not be forgotten.

Tathra-based photographer David Rogers was on Merimbula Marina whale watching boat True Blue, and says seeing the whales – referred to as a ‘mega pod’ by locals – was the most amazing natural spectacle he’s ever seen.

“It was amazing to watch these animals all working as a group to feed,” he says. “The more you watch, the more you begin to understand their group behavioural patterns.”

It’s widely believed humpback whales don’t feed during migration and subsist on their blubber reserves after stocking up on krill while summering in the chilly arctic waters.

“Whales are opportunistic feeders,” says Jessica Millar, who owns whale-watching boat True Blue with her husband, Simon. “They consume the majority of their food in summer, but if they come across a large quantity of food, they’ll take that opportunity to eat.” 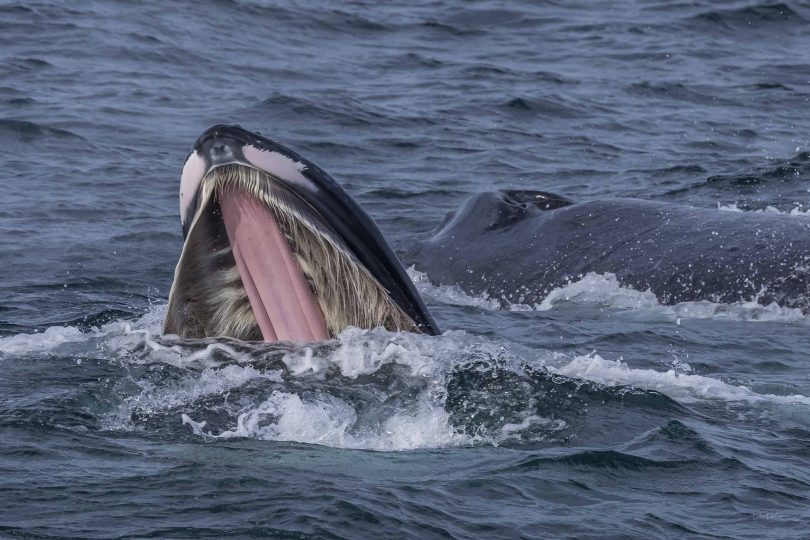 Saturday, 12 September was True Blue’s first trip of the season off the Far South Coast and Jessica says it was an impressive way to kick it off.

“It was quite phenomenal to see so many whales so close to the shore,” she says. “It meant you didn’t have to be on a boat to get a good view. We’ve seen large pods of 40-50 animals before but never this many, this close.”

David has also never seen so many whales at once, despite going out every season to photograph the whales on their migration.

“The pure joy and amazement of being surrounded by so many whales as they were lunge feeding was a scene straight out of a David Attenborough documentary.

“The smell, noise and movement of this mega pod circling around us was a sensory overload which I am still coming down from today,” he wrote in a social media post on Monday, 14 September. 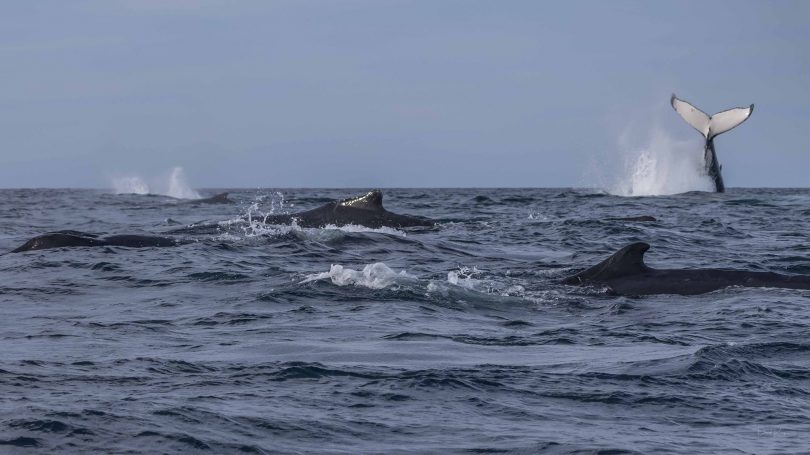 There is still time to catch the abundance of whales moving along the NSW South Coast. Photo: David Rogers.

The whales were congregating around Haycocks Point near Eden during the weekend and have most recently been spotted off Tura Beach and Short Point Beach in Merimbula.

“People have reported seeing lots of blows from those areas,” says Jessica.

Even if you miss the mega pod, there’s still time to experience the Humpback Highway in action.

“We’ll still see tens of thousands of whales go past, with lots of mothers and calves expected in the next few weeks,” says Jessica.

For more information or to book a whale watching tour, visit Merimbula Marina.

Old whaling techniques used to save whales from entanglement

@The_RiotACT @The_RiotACT
Labor's Andrew Barr appears more at ease with his leadership and comfortable with his achievements. But as he faces the October 17 election, can he shake the tag of an old and tired government? https://t.co/cQiav4SUqI (17 minutes ago)