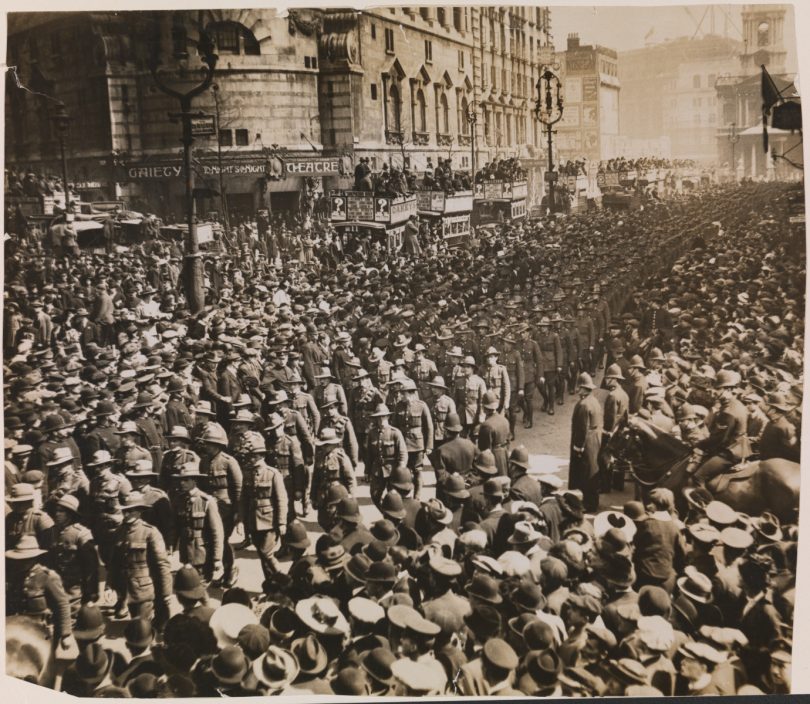 Imagine if you could reach out with a microphone to the past, back as far as World War I, and speak to an original Anzac who had just returned from the front to an influenza epidemic that would go on to kill more people than the war itself.

Their voices can be heard, and their faces can be seen at the National Library of Australia’s website.

The National Library of Australia is the nation’s historian, preserving our books, recordings, documents, maps, papers, media items and even websites.

The Library’s collection includes countless resources which are essential for anyone who wants more information on their own family history.

Librarian Andrew Sergeant supervises the Petherick Reading Room at the Library, and admits he is missing the Library while working in isolation.

“I’m working from home and missing the readers, but we are still connecting online,” he said.

“I also am missing the collection materials I work with. Fortunately, many family history items are on Trove, our website, and available through our Catalogue, and my family has researched a great deal of our history in the area.”

Sergeant’s first cousin (three times removed) was a member of the McInnes family, who arrived in this area in around 1840 from Scotland, and went to work as shepherds for the Campbell family at Duntroon, eventually starting a business of their own. 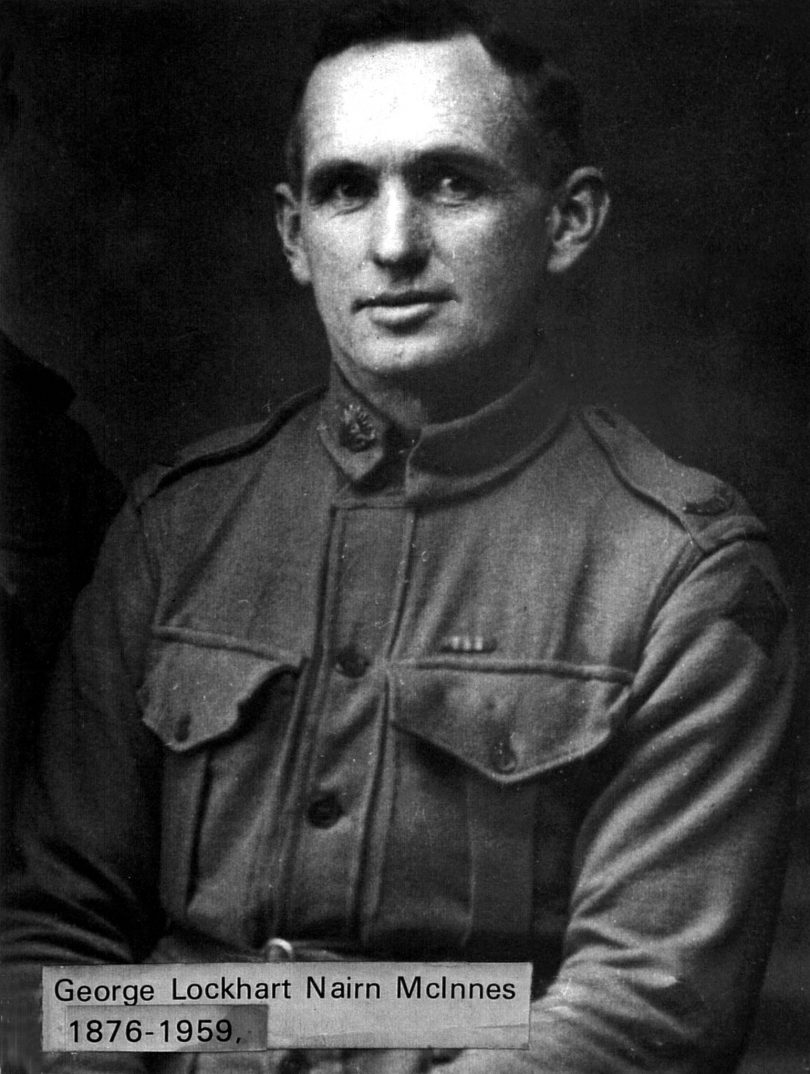 George McInnes started a family business with his brothers as shearing contractors in Queanbeyan, where he worked both before and after the war. When World War I broke out, he enlisted at age 39, joining the 18th Battalion of the Australian and New Zealand Army Corps.

He served as a runner, one of the most dangerous jobs in the war, and at 42 years of age he was awarded the Military Medal for bravery.

“This man was a company runner,” his citation for the medal reads. “During the operation at Raincourt, on the afternoon of 9th of August, 1918 he repeatedly carried messages under very heavy machine-gun fire and rifle fire. He went twice back to Battalion headquarters, and at least 800 yards of this journey was under very heavy machine gun and rifle fire, showing great bravery at a critical period.” 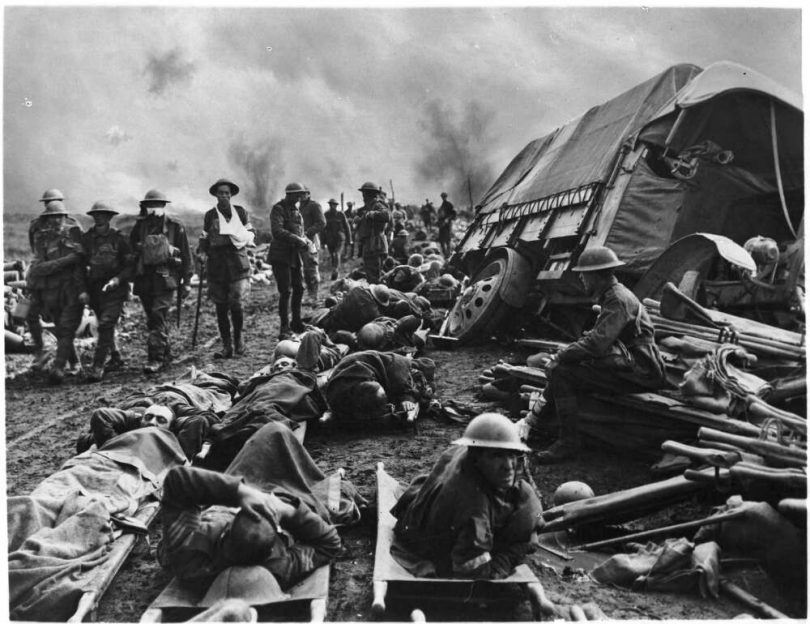 George returned from the war, surviving some of the worst conditions on the Western Front, at Amiens, Lagnicourt, Menin Road, Pozieres and Bullecourt, to name some of the battles he was in. Under the Soldiers Settlement Scheme, he was granted some acreage in the suburb which is now Bonython, but found the land to be barren, stony ground on which he couldn’t run sheep. He returned to live in Queanbeyan and re-entered the family business, but never married. 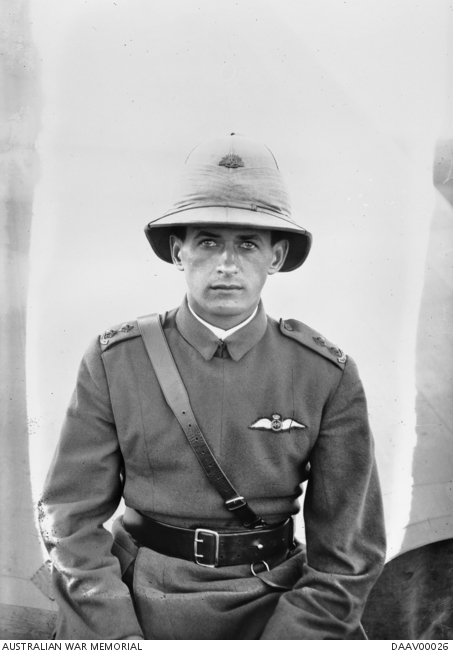 Eric Roberts, who fought in WWI and WWII. Courtesy of the Australian War Memorial, accession no. DAAVooo26.

Eric Roberts joined the Royal Flying Corp on 6 January 1916 at 22 after training under Captain Chief Instructor Eric Harrison to be a pilot at Point Cook, and served with the 1st Flying Corps, the forerunner to the Royal Australian Air Force. He learned how to fly in a Bristol Box Kite, without a parachute or instruments, and by February 1917, was recorded as having ‘shell shock’, which we now call post-traumatic stress disorder or PTSD. He told his story in his book, Box Kites and Beyond, and went on to serve in World War II with the RAAF.

Harold Newman and his brother Arch joined the first reinforcements of the 9th Light Horse Regiment in 1914 in South Australia, which would leave Australia in 1915, and land at Gallipoli as infantry in May the same year. Both Harold and Arch survived Gallipoli, and Harold went on to fight with the newly formed Anzac mounted division in Egypt where he suffered a bullet wound to the elbow. He was demobilised in 1917.

Harold rejoined the Postmaster-General’s office, where he worked prior to the war, and began to study accountancy. He sat for the public service examination and transferred into the Department of Works. He tried to sign up again for World War II, but was unfit and instead was appointed to the Defence Division of the Treasury at Victoria Barracks. He was later appointed Chief Finance Officer there. He became Australia’s Auditor-General in 1955. He was interviewed in 1981 and his voice and story can be heard in the Oral History Collection.

If you would like to research your family’s Anzac story, the Library has worked with the National Archives and the War Memorial to get you started. There are a series of research guides, including one on how to research World War I and another on researching your family history.

You’ll find the voice recordings in the National Library of Australia’s online Oral History Collection, with photographs and newspapers in Trove and if you use the search term ‘ANZAC Day 1916’, you’ll find all the items associated with Australia’s first Anzac Day in 1916.

The National Library of Australia is currently closed to the public due to COVID-19, but their collections are searchable online.

Gareth Peck - 45 minutes ago
Nathan Lofthouse what? so you're saying everything on social media isn't well researched, unbiased fact??? WTF??? View
Gabriel Spacca - 8 hours ago
Pretty sure he is not the target demographic for TikTok. View
Larry Appley - 8 hours ago
A publicity stunt from a former radio announcer? Who would have thunk? View
Property 26

From Baggy Green to Back Page: become a sporting trivia hero with the National Library of Australia

@The_RiotACT @The_RiotACT
There’s something to suit everyone in our top picks of things to do this weekend, from music to dance to trivia to gardening https://t.co/MhJpvE9Igk (10 hours ago)