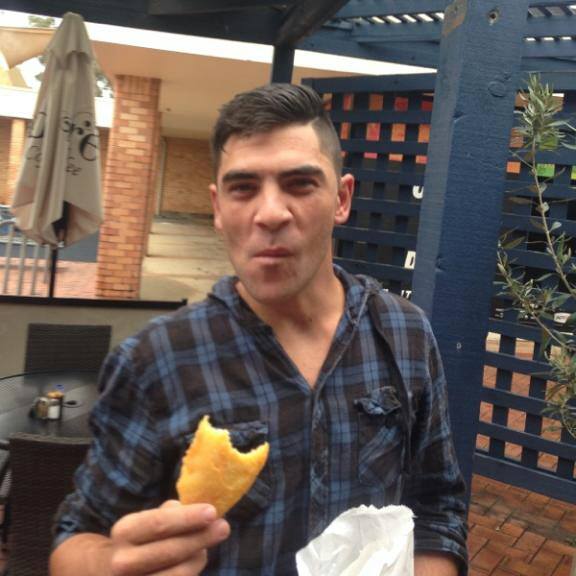 Milan Urlich, 28, of Kaleen has been remanded in custody this morning after being charged with the murder of Evatt man Andrew Carville in November and the disposal of the 52-year-old’s body soon afterwards.

Urlich did not enter a plea or seek bail, and the matter was adjourned for three weeks.

Urlich had been arrested yesterday afternoon after nearly six months of investigation by ACT Policing during which they made several calls for assistance from the public as they collected evidence.

He did not speak or turn to face the public gallery at any point during his appearance this morning, though family members sat looking on before leaving together.

Urlich, who looked to be around 190cm tall with an athletic build, was dressed in a large khaki-coloured padded corduroy jacket, blue jeans and sneakers. His thick, dark brown hair was neatly cropped and his face clean-shaven.

Carville was reported missing from his Evatt home on November 5, 2015, with his remains located in Majura on November 19.

The police investigation into the murder of Carville is ongoing. Homicide detectives were last night in the process of searching a property in Kaleen linked to Urlich.

In January, police told media they were focusing their investigations in the case on two ACT resident suspects, a man and a woman, one of whom was Carville’s housemate in Evatt, and one who was the owner of a 1986 cream coloured Toyota Landcruiser. The ute was found dumped at Molonglo Gorge in mid-November last year and had been seen at Mr Carville’s residence shortly before his disappearance. The owner of the ute was subject to a number of forensic procedures at that time.

Anyone else who may have further information in relation to the murder is asked to contact Crime Stoppers on 1800 333 000 or via https://act.crimestoppers.com.au. Information can be provided anonymously.

Capital Retro - 10 hours ago
That's the way it used to be but that is now part of the cancelled culture. View
HiddenDragon - 12 hours ago
"Mr Dubey had apparently gone off message during campaigning..." Could be interesting - we all know what happened in Oxley in... View
News 56

astro2 - 11 hours ago
It sounds as if you are confusing the proponent's proposal with an independent report. Obviously the proponent will put a pos... View
Capital Retro - 13 hours ago
Where do you go now? View
News 27

HiddenDragon - 11 hours ago
This is absolutely not the time for pace-setting in public sector terms and conditions of employment. For the great majority... View
Andrew Dale - 17 hours ago
Lisa Mahon I would agree to, some do.. View
Lisa Mahon - 18 hours ago
Lots of private businesses have staff work from home! View
Community 13

Capital Retro - 15 hours ago
When the export bans become effective where is the upgraded recycled "important resource" plastic and glass going to be sold?... View
Sport 2

Shaun Hoy - 21 hours ago
Raiders might have a chance given half the roosters side is out with injuries. View
Motoring 20

Carole Ford - 21 hours ago
About bloody time!! View
show more show less
*Results are based on activity within last 7 days

Tighter restrictions will be placed on the number of people allowed in NSW pubs from today (14 July), but the...

@The_RiotACT @The_RiotACT
Globetrotting singer-songwriter Lisa Richards headlines this week's #GigGuide, which is packed with our picks of live and online music on offer in the coming days https://t.co/j6veuxU2Wv (6 hours ago)

@The_RiotACT @The_RiotACT
Think you know COVID-19? See it through the eyes of four Canberra artists at the Tuggeranong Arts Centre in First Response - a new exhibition that explores the pandemic and Canberra's place in it through photographs, film and movement https://t.co/Kv41h2rAlZ (7 hours ago)