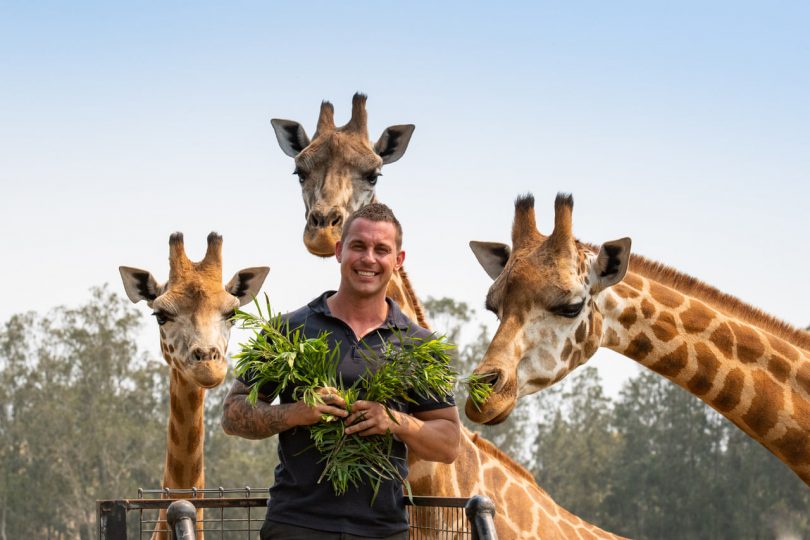 After facing the prospect of not having enough money to cover the costs of feeding its animals, Mogo Wildlife Park is building a new wildlife hospital with funds donated by investors and supporters.

Following the past summer’s bushfires that surrounded the iconic zoo, located south of Batemans Bay, the wildlife sanctuary has been overwhelmed by offers of support and donations from around the world. The zoo’s collection of endangered species and exotic animals came under direct threat during the bushfires and a rescue mission by staff saved all of its 200 animals.

The zoo is in the process of building a wildlife hospital that will help rehabilitate displaced and injured animals, and revive natural habitats following the devastating bushfires. 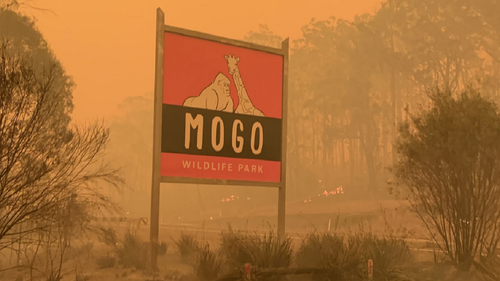 The zoo has been closed since 25 March due to the COVID-19 enforced shutdown.

However, while builders get on with construction of the new wildlife hospital, staff at the zoo have been just as busy fielding donations from a GoFundMe fundraiser that has seen more than $151,000 donated by almost 2000 people.

A generator and water pump were sent from Sydney and Canberra along with fuel from Caltex, animal food from Coles and support from Kennards Hire, MTA and Secure Bits, plus help from volunteers who pitched in along the way.

Director of Mogo Wildlife Park Chad Staples, also known as Zookeeper Chad, said funds from investors and the public have gone towards construction of the onsite wildlife rescue hospital that will play a vital role in helping to rehabilitate native wildlife in the area, particular animals affected by the fires.

“We fought very hard to save, and protect, native animals including koalas, kangaroos, echidnas and wallabies throughout the bushfires, but sadly millions of other animals perished,” said Mr Staples. “Our newly equipped hospital means we will be able to help our community by providing a new hub for protecting wildlife.”

Mr Staples said existing foundations were able to be repurposed to build the hospital. The wildlife park is still seeking some diagnostic and medical equipment.

“Smaller veterinary surgeries around the state are critical, but they do not have the resources to assist in large-scale disasters,” said Mr Staples.

“We hope this new facility will be the best in Australia, enabling governments, and environmental and animal services to turn to us at any time to help sick, injured or orphaned animals.”

“Mogo Wildlife Park is one of many regional organisations playing a vital role in rehabilitating our native fauna and preserving our unique biodiversity,” said Mr Hedley.

“We hope to put more funds towards vital causes, including helping regional businesses that focus on environmental protection.”

Mr Hedley said many investors who had donated funds were waiting lengthy periods for outcomes from their investment programs, which have been stalled because of travel restrictions imposed during the COVID-19 pandemic.

“Reopening these applications could unlock around $100 million in funds to help ailing entrepreneurs, including those in regional areas,” said Mr Hedley.

“Boosting funding allocations towards venture capital under the complying investment framework and creating a new category for regional investment could channel much-needed funds towards innovative environmental startups in regional areas.”

Tom Adam - 5 hours ago
Natalie the Woden area around the bus depot. (Where they had to due to land sale agreements). Not the Phillip business Centre... View
Natalie Roseworn - 5 hours ago
Tom Adam they announced some major refurbishments for Woden/Phillip not long ago. View
Lucy Irene - 13 hours ago
Mmm, not sure why ‘rainbow’ roundabouts could be an issue, curious! View
Property 20

Tricia Lawrence - 7 hours ago
Sad beyond words. View
Elizabeth Croft - 16 hours ago
I live in hope they re-open View
Community 3

Sue McIntosh - 8 hours ago
Angela Moore thank you for this beautiful poem. View
Angela Moore - 8 hours ago
"The Poplars" The Poplars are fell'd, farewell to the shade And the whispering sound of the cool colonnade. The winds play no... View
Sue McIntosh - 13 hours ago
Ho hum, what else is new? More trees given the chop. If council is so worried about the trees falling, then they should be re... View
News 9

John Hutch - 8 hours ago
I thought that these protests were a disgraceful display of the left-wing mentality and agenda to maintain oppression and vic... View
Capital Retro - 9 hours ago
"marginalisation by choice" being the PC term for "victim industry"? View
Spiral - 12 hours ago
Does anyone have accurate recent stats on how bad the problem really is: This article: https://www.news.com.au/national/black... View
News 1

Capital Retro - 10 hours ago
"The study did not analyse pre-existing conditions" Nothing to see here folks, move on.... View
News 36

George Watling - 14 hours ago
Is there actually a need for more embassies? Has there been a sudden rush of new countries needing embassy accommodation in A... View
Lifestyle 3

Chris Liddiard - 15 hours ago
Kirsten Madsen thank you for this. I’m sure she will be interested. She is really missing band at the moment. View
News 49

Stephen Dixon-Jain - 15 hours ago
Thanks for the suggestion, Julie. I've just adourned our letter box with the colours of the Aboriginal flag. Stephen View
show more show less
*Results are based on activity within last 7 days

@The_RiotACT @The_RiotACT
Heat-related deaths are at least 50 times more common than recorded on death certificates, according to two ANU researchers who are pressing for 'climate change' to be acknowledged as a cause of death https://t.co/G1W35CdPg1 (6 hours ago)

@The_RiotACT @The_RiotACT
While most of us were working from home, our health professionals were on the front line of COVID-19. But like many (male) Canberrans, they let themselves grow and COVID became MOVID. Check out their efforts https://t.co/KVLsKnJCTk (7 hours ago)

@The_RiotACT @The_RiotACT
For Our Country, the Australian War Memorial’s Aboriginal and Torres Strait Islander memorial, has taken out the top gong at the ACT Architecture Awards on Friday night, winning the prestigious Canberra Medallion. See all the winners https://t.co/dKch27SZqs (9 hours ago)