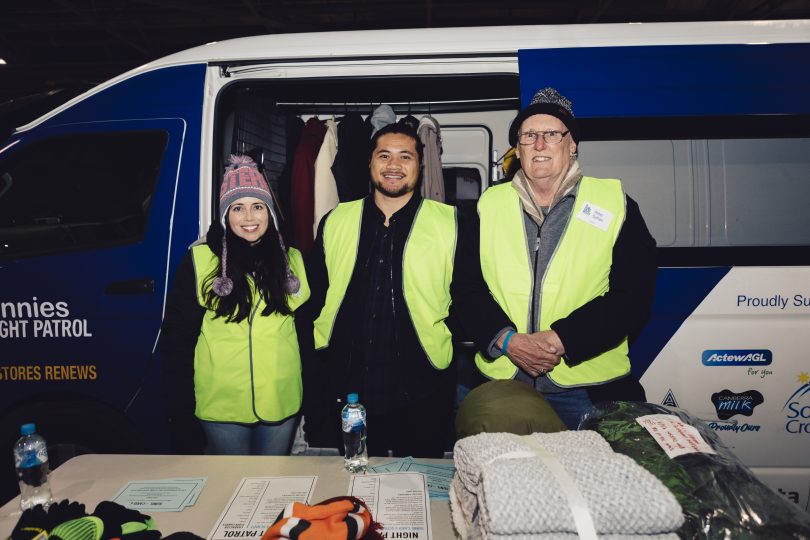 (From left): Nat Wright, Bryce Taotua and Peter Sutton from Vinnies Night Patrol are part of a large team of volunteers who brave the cold each night to help people in need. Photo: St Vincent de Paul Society.

Ask any Canberran what springs to mind when they hear the word ‘Vinnies’ and you’re likely to get one of two responses: op-shops or Night Patrol.

As well as the provision of services, the Night Patrol volunteers can also serve as the first point of contact for the homeless or people in need.

Now Capital Chemist Group has become the latest of a raft of local businesses dedicated to supporting the work that Vinnies Night Patrol does every night in the community for some of Canberra’s most vulnerable people.

Capital Chemist Group community programs manager Melita Flynn says she hopes the partnership between the two organisations will be a long and successful one. 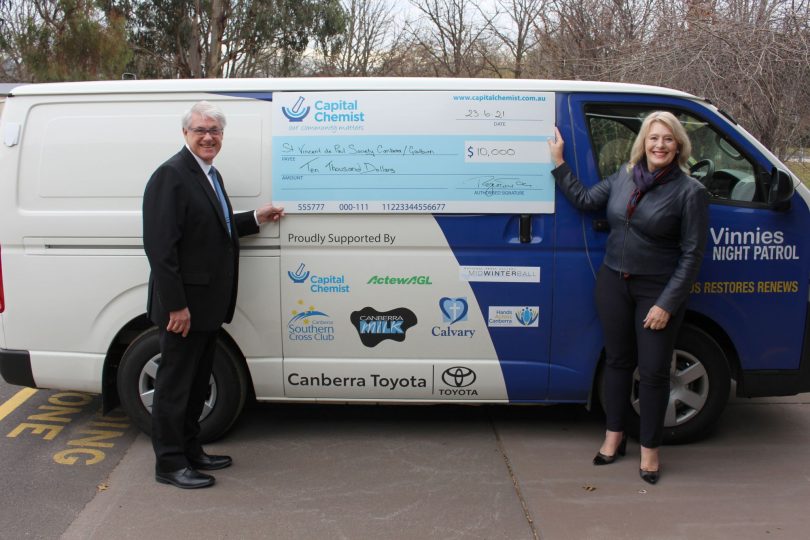 “Vinnies is such an iconic organisation and its work out in the community at a grassroots level is invaluable,” she says.

According to Melita, the Capital Chemist Group team is hoping to get out and about with the Vinnies Night Patrol crew so they can gain a deeper understanding of the work they undertake on a daily basis.

“As an organisation, we have a longstanding commitment to the wider health and wellbeing of the Canberra community and we want to make a significant contribution to supporting everybody’s health, no matter how vulnerable they are,” she says. “This seemed to provide the perfect opportunity.

“The money will go towards not only providing food and other products the vans require, but also helping them stay on the road, which is quite an undertaking in itself.”

“Being able to grab a meal, secure material aid for the night – such as blankets, jackets and beanies – and have a chat with our friendly volunteers goes a long way for some of our companions who may be struggling with food insecurity and/or social isolation,” she says.

According to Erin, Vinnies Night Patrol serves a critical need during Canberra’s cold winters, and she says it’s invaluable for people who are at risk of homelessness, or who are homeless, to be able to get food and a warm drink in the harsh conditions they are subject to.

She says the vans will serve anywhere between 30-40 people on any given night, and will often refer people to other services.

“This helps our companions get more intensive and long-term support, which can lead to improved health outcomes as well as stable accommodation,” says Erin. 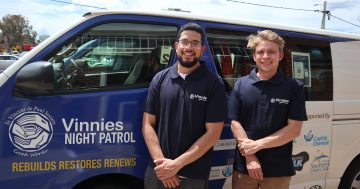