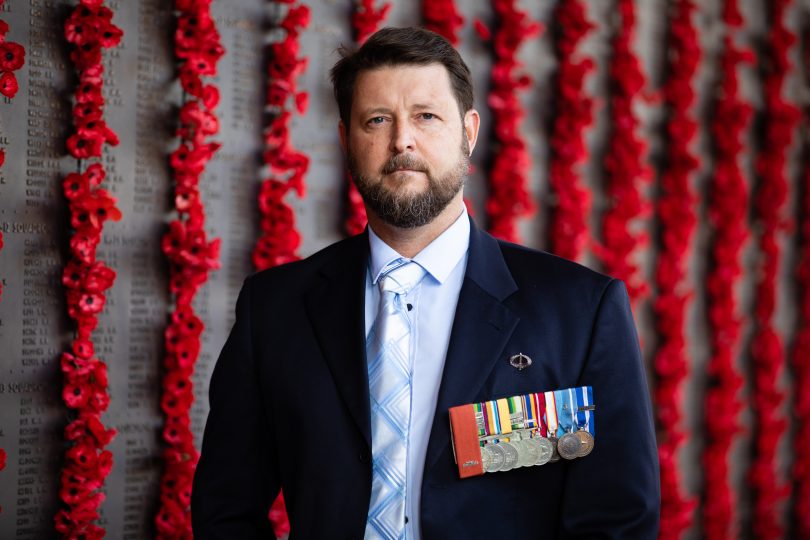 Serving in the Australian military has given Nigel Earnshaw a wealth of experience. Photos: Daniella Jukic.

Like many Canberrans, Nigel Earnshaw’s life was consumed by his military service.

Deployed five times, he suffered an injury in Iraq and reached the rank of major before leaving the armed forces and wondering what would come next. His journey illustrates both the difficulties in making that transition and the potential positive outcomes.

“The military gives you a place to be, a time to be there, and an understanding of what your role is, even when you move from job to job. Someone else sets your program. When you leave, you lose that access to having a routine and understanding where you need to be and what you need to do,” he says.

There is also a real sense of lost identity for many as a consequence. Earnshaw says it took him four or five years to forge a new sense of self and merge his military experience with a new civilian career. Volunteering at the Australian War Memorial became an important part of that transition.

He now helps with family research and school wreath-laying and is often called on to explain what military service is like. “That can be really confronting with my own experiences, thinking of friends I have lost. Australian kids are taught critical thinking and often ask probing questions, but you can also foster a deep connection to our history in their experience. 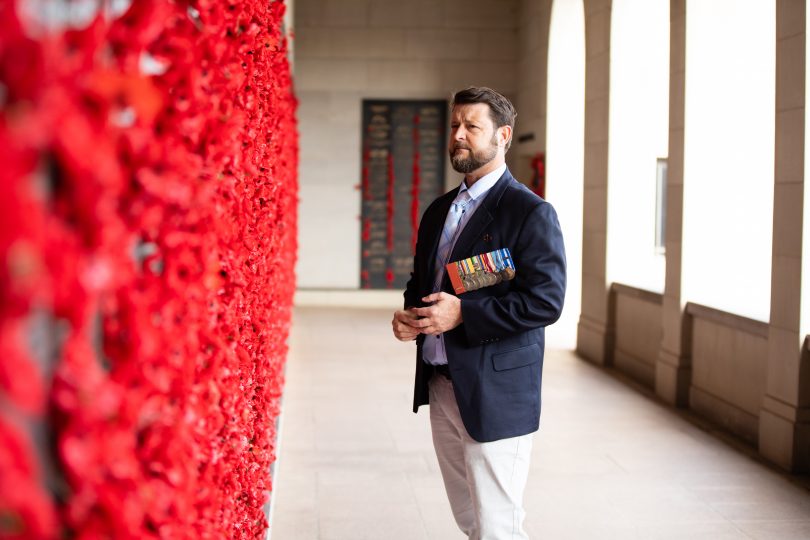 Explaining what military service is like is often confronting, Nigel says.

“I tell the kids that I don’t mind if they ask about bad events or terrible feelings. I’m here to help them understand those things. The Australian War Memorial shows very carefully that there is a balance in glorifying the lives of those who died but also in describing the after-effects, the difficulties for servicemen and women and the challenges for their families.”

The quest for understanding and context has also taken him on tour to South Africa, Korea and Vietnam, tracing the history of past conflicts. He’s led groups in the footsteps of our Boer War soldiers, describing the “amazingly cathartic” experience of stumbling across the long-forgotten graves of four Australians in a small rural town and clearing the space to honour them.

In Korea, he climbed the hill at the site of the Battle of Kapyong to sit in the command pit of the first Aboriginal Army officer, Lieutenant Reg Saunders from 3RAR. Earnshaw also regularly guides and arranges tours at the AWM for officer cadets at Duntroon, including those with specialist skills who will not necessarily serve in the field.

“The key message is that as people who are training to be officers and leaders, they have an opportunity to understand and appreciate our military history and what it teaches us about dealing with challenging situations.

“If they are starting military planning, for example, I’ll present the plans for 1914 for raising a force, getting them on board ship, training them, and then securing wireless posts in PNG. The same skill set and risks are completely relevant to what they will need to do and learn at all stages of their military career.”

These days Earnshaw works in property investment advice, dealing with military and ex-military clients. It dovetails well with his own experience.

“In 2009, I decided how I’d transition out of the Army. I drew a bunch of circles on a whiteboard about what I loved and what I didn’t, and started thinking about how I can keep these things I like doing but approach them differently,” he says. 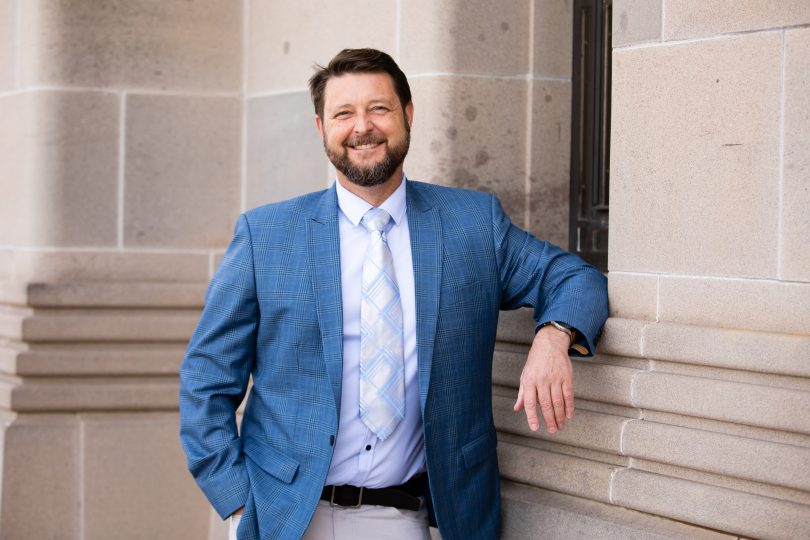 “I want people getting out to think that military training, whether junior or senior, gives them critical thinking skills and the ability to act when outcomes won’t be always clear. I want people to recognise the confidence and level of development that the Army gives even to quite junior leaders.

“Not all armies do that, but in Australia, we give people decision-making skills. That mindset is beneficial and marketable in the civilian workplace, and people leaving the military should have confidence that they have competitive, worthwhile skills.”

Rachel Howard - 26 minutes ago
Lethal. But fun. View
May Claydon - 3 hours ago
When will they be in Woden and Tuggeranong. They are not in Canberra. Only Nth Canberra... View
Tom Adam - 4 hours ago
Elroy, 😆 it is on the news. My remark is that a pair of non-Canberra businesses are getting so much free advertising from... View
News 33