Mr Fluffy – Where are the Feds? 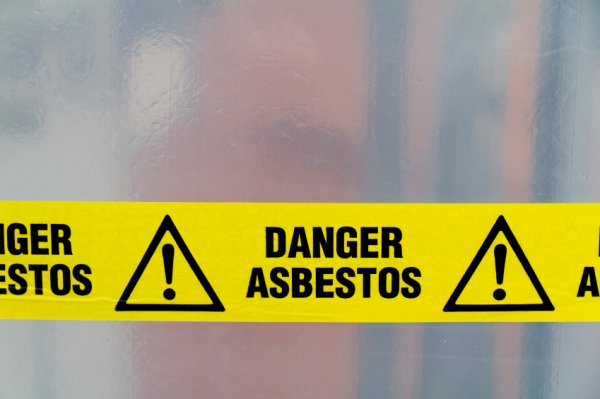 I have noticed in the media lately that there is unfair criticism of the Chief Minister in this saga.

Everyone in Canberra has sympathy for those poor folks who are being displaced because of the dangers, and they are real dangers, of contracting mesothelioma. That is a given. And they are entitled to know why something more positive hasn’t been done for them.

But let’s get this issue of responsibility right before doing trial by media. The Chief Minister has said that if she had known then what she knows now, people would have been informed more quickly.

She has taken responsibility for the lack of timely information to residents.

OK. But does she have to bear the responsibility of the cause? All the earlier release of this information would have achieved is the identification of the size of the problem earlier and maybe the prevention of house sales to the uninformed.

The responsibility for this issue rests with the governance of the Territory at the time Mr Fluffy was doing his work. The federal Government! The ACT came into existence in 1989.

Where is the guarantee that the cost will be borne by the jurisdiction in place at the time of the work?

Missing in action, that’s what!

Do you think the taxpayers of the ACT should pay for the fault of the federal government agencies before it was born?

Let us stop bagging the Chief Minister and support her in her endeavours to get justice for these people from those whose decisions it was which allowed this to happen.

And for those who accuse me of blindly pushing Labor’s cause, I acknowledge that it was a federal Labor government at the time, but a federal government it was and out of federal coffers should come the money for the solution.

But their generosity in this type of stuff is not evident and indeed the opposite is the case. Check out their response over contaminated sites across the ACT and their lack of support in the clean-up.

7 Responses to Mr Fluffy – Where are the Feds?
Filter
Showing only Website comments

Any further financial assistance from the Federal Government would be useful, and appropriate, given that it appears the then federal bureaucracy was aware of risks with Mr Fluffy some time before action was taken. I imagine though, the bulk of the cost will fall to the ACT, and if it comes to the crunch, something else might need to go – like the northside tramline, for instance.

However it is done, action sooner, rather than later, is surely in the interests of all – not just those who have the terrible misfortune to be in a Mr Fluffy home. Of course, if the ACT Government buys all the Mr Fluffy homes, and arranges for careful clearance and demolition, the vacant blocks should be quite desirable – many would be in sought-after locations – and so the net cost to the ACT Budget may not be nearly as great as might first be assumed.

[I don’t have a Mr Fluffy home, and I don’t know anyone who does – so the foregoing comments are not about direct self-interest].

Hargreaves is forgetting that the responsibility for designing the clean up program and ongoing engagement with home owners was the new ACT Government’s. Anyone who knows about the clean up knows the new ACT Government made a mess of it, and there’s a theory that the proportion of homes discovered to still be contaminated severe enough to require evacuation are in that state because of those errors.

The ACT and Commonwealth have always shared the cost of this and they must continue to, because it’s the safety of the public that matters and they both have plenty of fault.

What I will agree with is the unfair focus on Katy Gallagher, which smells of cheap journalism by the Times.

John, I agree the Feds should pay something, but there is no excuse for the ACT government not to get on with it even if they don’t. This isn’t about 1000 unfortunate families, it is a public health issue that affects every single person living in Canberra. Every neighbour, every electrician, plumber or anyone in building trades, every child that goes to play at someone else’s house, every babysitter or gutter cleaner, every fire fighter or SES worker that helps us in emergencies, every child in the class where a child comes to school in contaminated clothing. So no more excuses please, just get on with it.

Where do those fibres blow to?

Same place all the asbestos that used to be in brake linings blew to: the open environment. It’s all still out there around us…

Yes, and we’re all dying of mesothelioma, hadn’t you noticed?

Do the Fluffy-hysterics understand the level of risk?

Did I see a news item of some people suiting-up in order to visit their Fluffy-house which they had abandoned after having spent years living in it without suits? umm……

Where do those fibres blow to?

Same place all the asbestos that used to be in brake linings blew to: the open environment. It’s all still out there around us…

I think asbestos roofs of houses should be looked at being replaced too. I’m not saying at government expense. At least asbestos walls are painted, or should be, and if kept in good condition seal in the asbestos, but the unpainted roofs are open to the wear of the weather. Where do those fibres blow to?

John, I agree the Feds should pay something, but there is no excuse for the ACT government not to get on with it even if they don’t. This isn’t about 1000 unfortunate families, it is a public health issue that affects every single person living in Canberra. Every neighbour, every electrician, plumber or anyone in building trades, every child that goes to play at someone else’s house, every babysitter or gutter cleaner, every fire fighter or SES worker that helps us in emergencies, every child in the class where a child comes to school in contaminated clothing. So no more excuses please, just get on with it.

NiCe_tRy I_WoNT_LiE - 35 minutes ago
Anyone who knows bruiser could've told you he would pass the test. Good on ya bruiser !!! View
Chris Pye - 1 hour ago
Yes!!!! There is still some good in the world! Absolutely wrapped for Pauly and Bruiser 👊 View
Sharon Allan - 2 hours ago
Such great news Paul glad bruiser and u will b reunited soon 🐕🥰 View
What's On 1

The Mr Fluffy buyback scheme has been extended but what if you’re a worried renter?