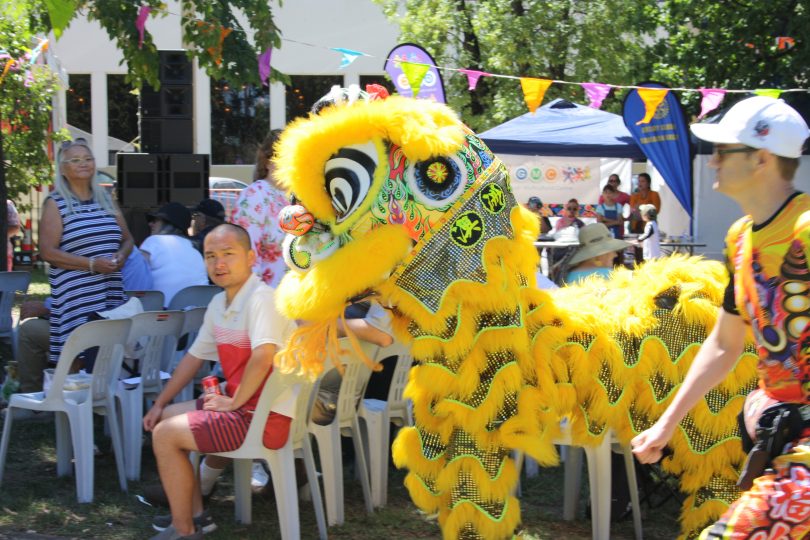 Twelve years ago Goulburn’s Multicultural Festival began with refugees wanting to give back to the community that welcomed them – around 30 people attended. But on Saturday (23 February), thousands attended a vibrant event in Belmore Park, breaking down stereotypes that rural Australia is less supportive of multiculturalism than the big cities.

The festival has grown exponentially to offer the region a day that transcends borders, and provides a simple but powerful experience of culture, Goulburn Multicultural Centre Director and festival organization John Gunn said.

“The festival started with a small group of refugees and new arrivals we were supporting who felt Goulburn was a welcoming place and wanted to engage with the broader community, to promote harmony and understanding and also to give back to Goulburn,” he said.

“There were performances at the Belmore Park Rotunda and around 30 citizens attended. Today around 3,000 plus attend the festival in the park.”

Primarily the festival is a display of the dance, music, and food of cultures from across the globe. There is a full stage and ‘big sound’ for performances, food and market stalls. “It’s getting bigger and bigger each year,” John said.

“We provide the stage and sound for VibeFest, so you have the multicultural festival from 10 am-4 pm and the youth festival from 5 pm-10 pm,” John said.

Part of the attraction and the ‘vibe’ of the Goulburn Multicultural Festival is that it not only breaks down the stereotypes that rural Australia is less tolerant of other cultures than the bigger cities, but it also provides immigrants and asylum seekers the opportunity to celebrate and share their culture.

“When the Filipino community celebrates they do it with music and style. They make their own costumes which are very sophisticated, for their dance. They have a lot of pride in their culture and for them, sharing this culture with others, and that it’s welcomed, makes them feel accepted as part of the community.

“It’s displaying their life on stage, presenting it to other people and when those people respond, it provides that feeling of being accepted and of belonging.” 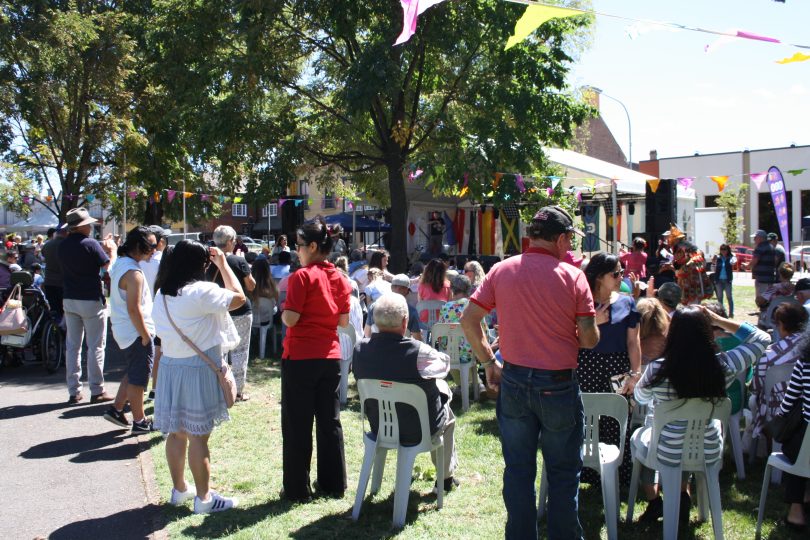 Locals take in the dance performances on the mainstage.

The festival is staged in partnership with Goulburn Mulwaree Council.

“They’ve been fantastic over the years. We couldn’t do it without them. The festival is for the whole community, for everyone in Goulburn and the region. If people don’t want other cuisines, we have burgers and twisted chips available. There’s something for everyone.”

One of the aims with the 2019 festival was to create a ‘village square’ feel to the Belmore Park precinct with tables and chairs so festival goers could eat, browse the markets and watch the entertainment. Another was to include Celtic culture as well.

“We are a nation of immigrants no matter where you come from. Even our Indigenous peoples traveled from country to country [within Australia] and there were over 500 dialects before colonization,” John said.

A focus is on dance at the festival, and performers can range from seven years of age through to 80 years.

“Dancing and movement are part of multiculturalism. Feelings are expressed through dance and it is something they’ve been doing all their lives. They’ve learned to dance as children and how they’ve been brought up, but to us it is spectacular.”

Around 200 people performed on the day, showcasing the diversity of the Goulburn Mulwaree and the broader community.

“Diversity can remain hidden in rural communities but there is pride when someone’s culture is acknowledged and they feel part of the community. Their culture was accepted not rejected.”

There were many highlights during the festival from the Goulburn Chinese Lion that was created for the festival, through to the displays of South American and Middle Eastern culture.

You can stay up to date with Goulburn’s multicultural events here. 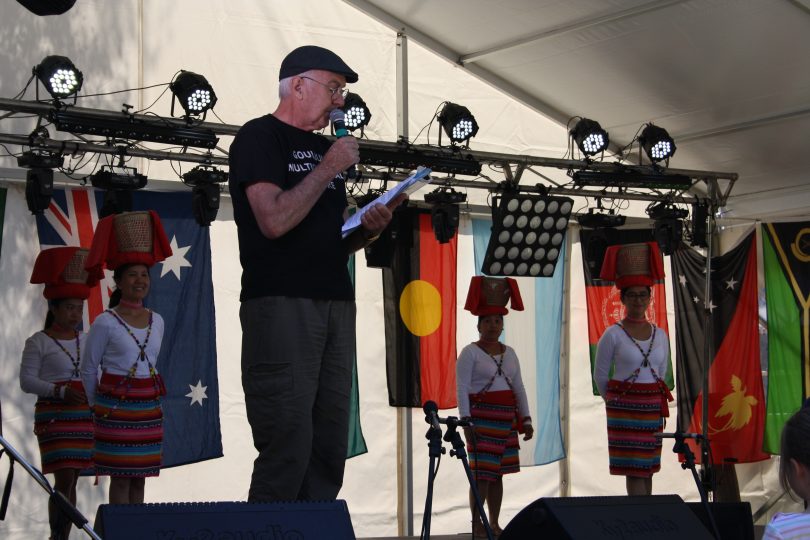 Michelle Weier - 58 minutes ago
Andrea one step closer to good burgers? View
Nikki Gordon - 9 hours ago
Katie Salway we need a weekend out at Yass asap View
Annie Mck - 9 hours ago
Narelle Lambie and they are local guys. 👍🏻 View
Community 41

Bronwyn Tolley - 6 hours ago
Karin Hagel Prince Phillip at Buckingham Palace, July 20th 1969. The day man landed on the moon ! View
Maya123 - 7 hours ago
LOL, I have about nine pairs of shoes I wear away from the house. Plus two handbags, which I haven't used for about two years... View
Tig Beswick - 8 hours ago
Robyn Lynette Pierce - when I was a little girl, I went to the NSW Governor General’s house because my dad had been invited... View
Breaking 1

Aaron Still - 10 hours ago
Rob Thomas clever way of putting it 👍 View
Gem Gemm - 13 hours ago
I am so utterly dumbfounded that people are upset over this? Like water is wet. It's absolutely a micro aggression and subtle... View
Kooms Sam - 13 hours ago
Hayley Marie Rianna Tatarelli hahah r u thinking what I'm thinking B1? View
News 8

longlunch - 10 hours ago
The only quiet things about this company are their refusal to respond to criticism, or to give details of the number and natu... View
Shaun Cummins - 12 hours ago
Even a bee is noisy! View
Property 8

Not The Mama - 13 hours ago
Why not knock it down and build two parliament houses on the site instead? :-P... View
show more show less
*Results are based on activity within last 7 days

@The_RiotACT @The_RiotACT
Canberra's generally done well out of the Budget, but according to Ian Bushnell, there are still some glaring oversights https://t.co/a0aV2gDxpP (39 minutes ago)