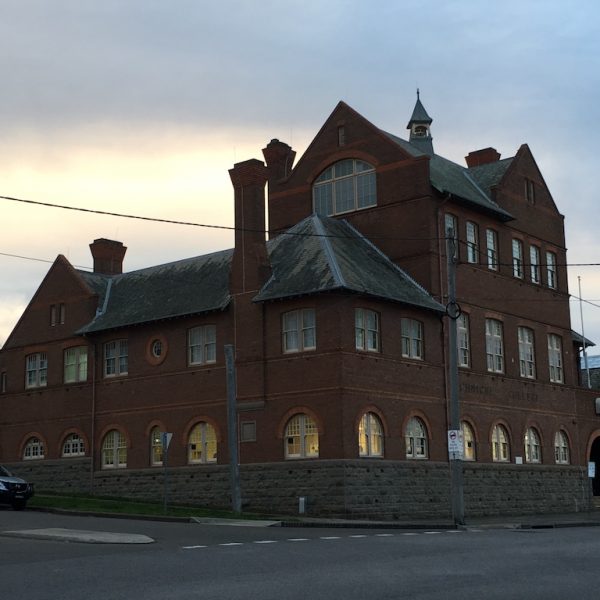 And families too. Five years ago Susan Roche Smith launched Goulburn History and Pictures on Facebook with her mother Joan Roche’s photographs of Kenmore Hospital.

Within an hour 100 people had joined the site. Now Goulburn History and Pictures has 4000-plus members, and 5000 photos in its library.

Yet in misty mornings when dawn reveals an outline of their grand scale, they mean the world to people who grew up in Goulburn.

Most of the old favourites – St John’s orphanage, Kenmore Hospital, Baxter’s boot factory and Auburn Street shop tops – are long closed. Some like the Odeon Theatre, only exist in black-and-white photographs.

An exception is the former Goulburn Technical College in Bourke Street. Mrs Roche Smith’s father Carl worked for 40 years as a storeman there. The three-storey building became Susan’s playground.

Goulburn Regional Conservatorium is saving the building from falling into disrepair. Each week 400 children attend music lessons, and 30 teachers and staff work there. Director Paul Scott-Williams says the school has been responsible for maintenance and upkeep since 2006. Today GRC owns the building. Goulburn could do with at least 10 more organisations which turn a heritage asset into what GRC president Dr Ursula Stephens describes as important social infrastructure.

In the meantime Mrs Roche Smith spends at least an hour a day administering Goulburn History and Pictures. She says Auburn Street holds precious memories. “Look up, there are beautiful facades,’’ she says. “Above the newsagent opposite Belmore Park is my favourite, where Con’s Fun Parlour was. There were pool tables, a juke box and pinball machines.’’ 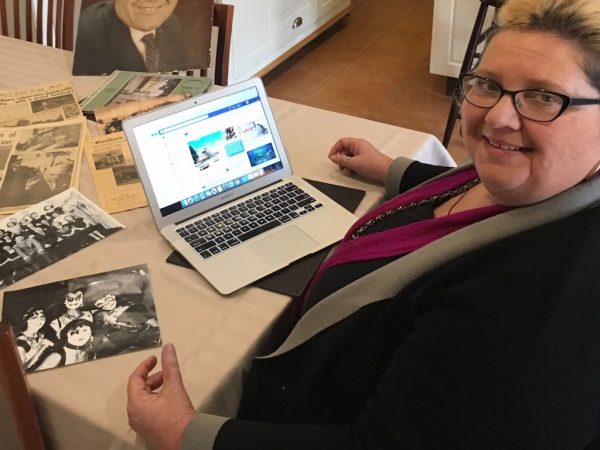 Mrs Roche Smith was aghast when she discovered a bikies network attempting to join Goulburn History and Pictures site. At the centre of the network was a Goulburn supermax jail inmate who bragged on Facebook of multiple murders
Her network called her to record one of the fires at St John’s orphanage.

A brutal institution in its day and stinging reminder of neglect and indifference, St John’s fiery demise is moving people to speak out about the loss of heritage in posts to Goulburn History and Pictures.

Now well into their adult lives orphans use Facebook to search for school photos from former school mates. At the orphanage, they were not allowed to have photos.

One man wrote to Mrs Roche Smith saying his father had died when he was one, leading him to become a St John’s orphan. Through Facebook he has located aunts, uncles and information about his family.

“This gives me such joy,’’ she said. “Even if people aren’t interested in history, it is their memories of times past that gets them interested. The generosity of people gives me such joy. A lovely lady sent a picture from England which she had brought on eBay. I offered to pay for it, it was a photograph of the Odeon Theatre, and she insisted I take it for free.’’

Mrs Roche Smith shows elderly people how to use Facebook. She directs questions from followers to other members with the answers.

Because of the cruelty at St John’s, the ruins should be bulldozed and its past buried, say some members. Others jump to its defence saying the Gill Waminda home and Kenmore’s past are stained with abuse and sadness too, but are still valued.

A gifted contributor to the Facebook site, Goulburn photography enthusiast David Carmichael says historic buildings, bushland on the city’s outskirts and changing seasons present numerous opportunities. “Sharing photographs on social media provides an opportunity for others to reveal some personal history and comments while interesting historical information can emerge, such as reasons for particular street names,” Mr Carmichael says.

SP Brogues - 4 hours ago
Barr will approve no doubt because well you know Geocon and him are best buds. View
Phil Hopkins - 17 hours ago
Enough!!! View
Motoring 9

Bec Kelly - 9 hours ago
I think the issue is that the Canberra Times wrote the article - they are after a head line and people to pay for their subsc... View
Business 9

Steve King - 12 hours ago
Rip Mark he was nice guy always welcoming my condolences to all his family View
Catherine Seaglove - 13 hours ago
RIP Mark What a rugby player he was !... View
News 26

Explosive claims from a leaked internal document about the Emergency Service Agency's handling of the recent bushfire season are "totally...
News 1

Swimmers will again be able to take the plunge at two government-owned pools this month under the Phase 2 easing...
Lifestyle 12

The man known as "Witness J" was tried, sentenced and jailed in total secrecy, during one of the most extraordinary...

@The_RiotACT @The_RiotACT
For the first time in months, the RiotACT #GigGuide includes gigs that you can actually attend in person as the city slowly begins to open up again https://t.co/FfivcUcpXv (8 hours ago)

@The_RiotACT @The_RiotACT
As temperatures fall, fire risks rise. @ACTFireRescue has reminded Canberrans to be fire safe as we unpack our electric blankets and plug in heaters https://t.co/913CVlZIvu (9 hours ago)