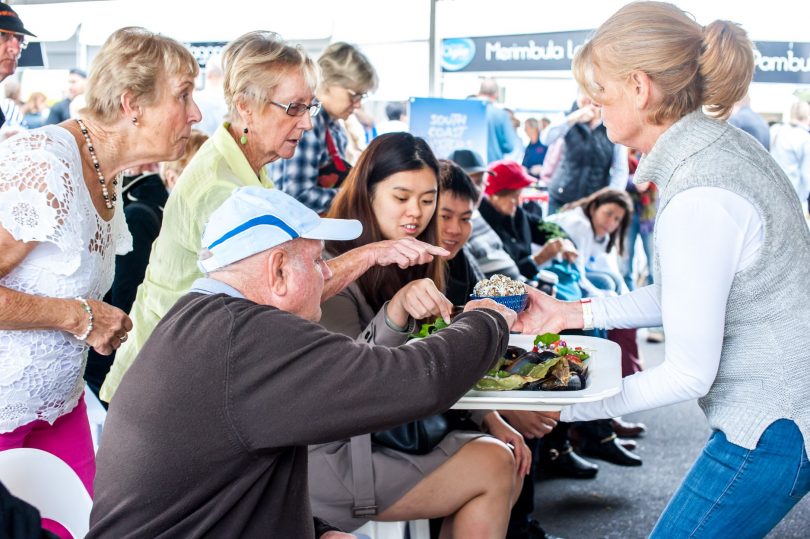 Samples are handed to the crowd during a cooking demonstration at 2018’s Narooma Oyster festival. Photo: Supplied.

In its 12th year, the Narooma Oyster Festival this weekend (May 3-4) celebrates Australia’s developing relationship with oysters, this year focusing on the idea that not all oysters taste the same.

Long-time Narooma Oyster Festival supporter and Sydney Royal Aquaculture chair of judges John Susman says that “the flavour and texture of an oyster reflect the estuary where it’s cultivated.”

“Oysters are filter feeders and so take on a flavour and texture that reflect the waters where they’re grown, the nature of the surrounding land, as well as the farming and harvesting practices of that estuary.

“It’s what we call their ‘merroir’, just like wines have ‘’terroir’.”

According to Mr Susman, “Sydney Rock Oysters on the South Coast are grown in one of the world’s most environmentally sustainable oyster-growing regions and are considered some of the best in the world.”

When tasting oysters at the Festival this year, close your eyes and think about the five distinctive aspects tasters look for in oysters – brine, creaminess, sweetness, mineralisation, and umami which in Japanese means ‘the essence of deliciousness’. 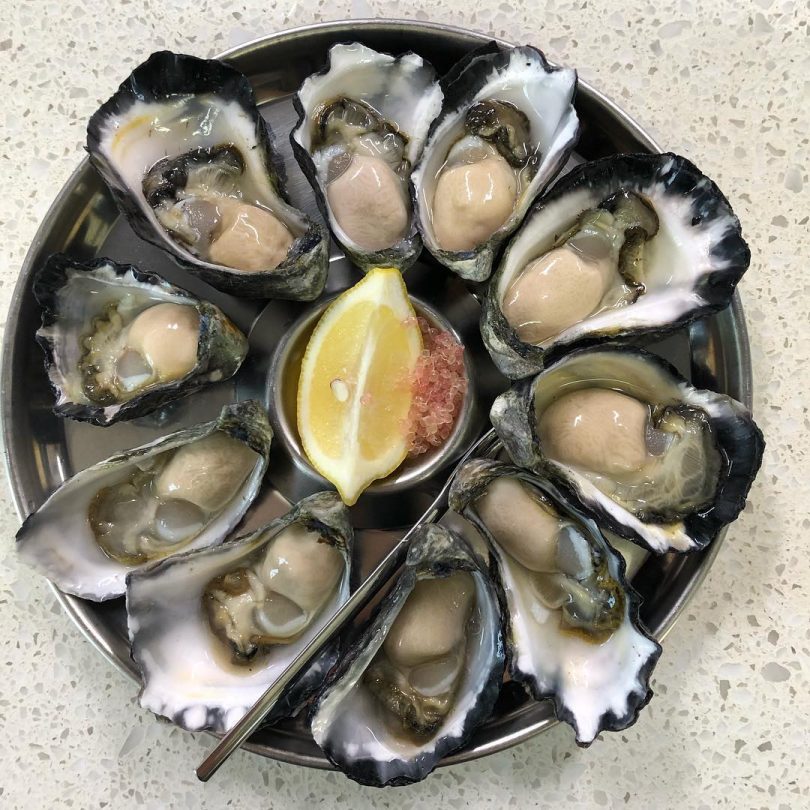 Oysters have come a long way in terms of culinary reputation – while Indigenous Australians have always feasted on shellfish, as shown in middens up and down the coast, early white settlers saw shellfish as food for commoners and destroyed natural oyster beds not so much seeking food but shells, which were ground to make lime for building.

These days people from all cultures and backgrounds are more closely aligned around ideals that protect the estuary environment and see oysters as a delicious, healthy and local food which also happens to bring economic value to the region.

Last year, for the first time, local Aboriginal people sold tasting plates of seafood cooked over a fire pit and this year, they’ll be back, better than ever.

“We’re building on our success last year with a bigger and more organised fire pit with better facilities for preparing and serving food and involving even more of our mob,” says Cheryl Davison, who is responsible for organising most of the Aboriginal program.

“Groups through the day will cook their favourite seafood recipes over the fire. It’s how we cook when we camp; it’s beautiful tucker and our way of getting back to our culture.”

Tasting plates include oysters, bimbalas, mullet, abalone, and damper, depending on what’s being cooked at the time. 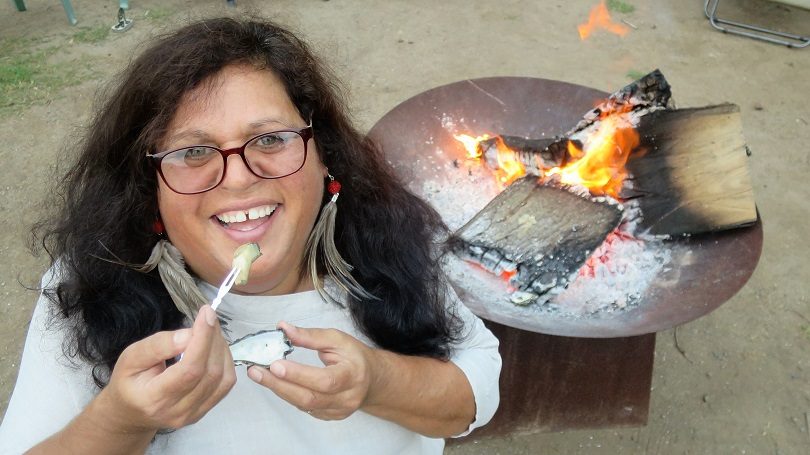 Cheryl Davidson, ready to share the flavours of her culture this weekend at the Narooma Oyster Festival. Photo: Supplied.

Friday’s free community event kicks off at 4 pm with music by Narooma Public and Narooma High Schools and the famous Rhythm Hunters, followed by an 8 pm fireworks show by Victoria Fleming of Mosaic Fire Pyrotechnics at Mogo, culminating with a show by nine-piece party band Big Boss Groove, of Canberra.

Between 10 and 6 on Saturday there will be demonstrations by chefs, an oyster shucking competition, roving kids entertainment, plenty of food stalls and live music all day, including music by 19-Twenty, Nick Saxon, James Bennett, Beautifully Mad, and Dust & Echoes.

This year’s visiting chefs include Mark Olive, who has featured on NITV and the SBS Food Network, Stephen Hodges, owner of Fish Face restaurant in Sydney and author of the Australian Fish & Seafood Cookbook, and David Tinker, a hatted chef from Batemans Bay who employs French and Japenese techniques in his cooking and many more. 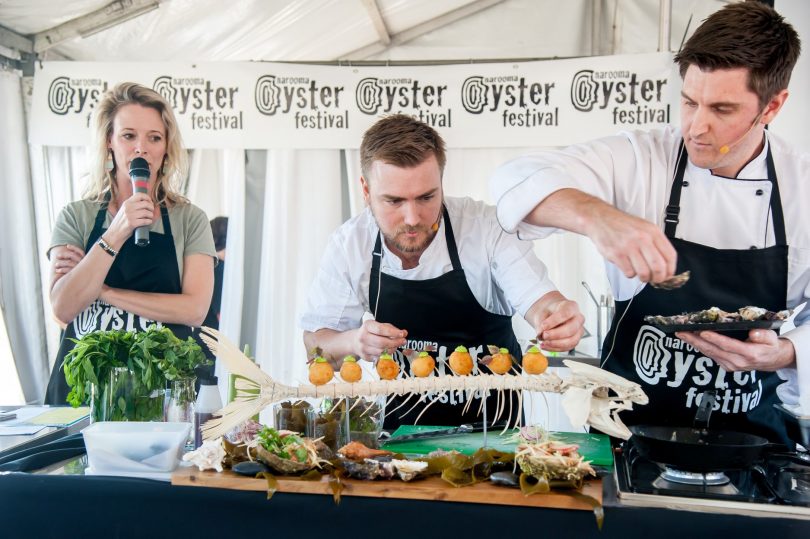 Demonstrations by renowned chefs take up the program on Saturday. Photo: Supplied.

For more information, and to buy tickets, check the Narooma Oyster Festival website. 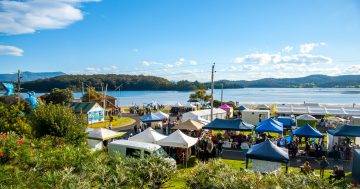 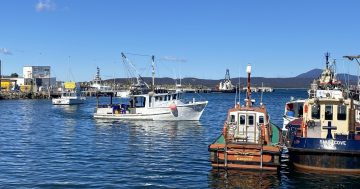 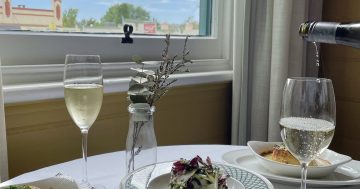 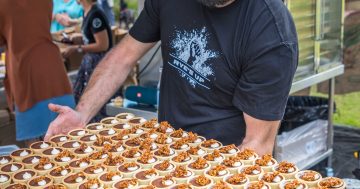 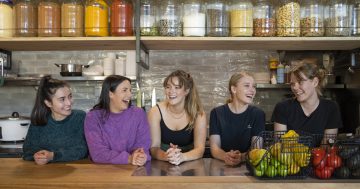