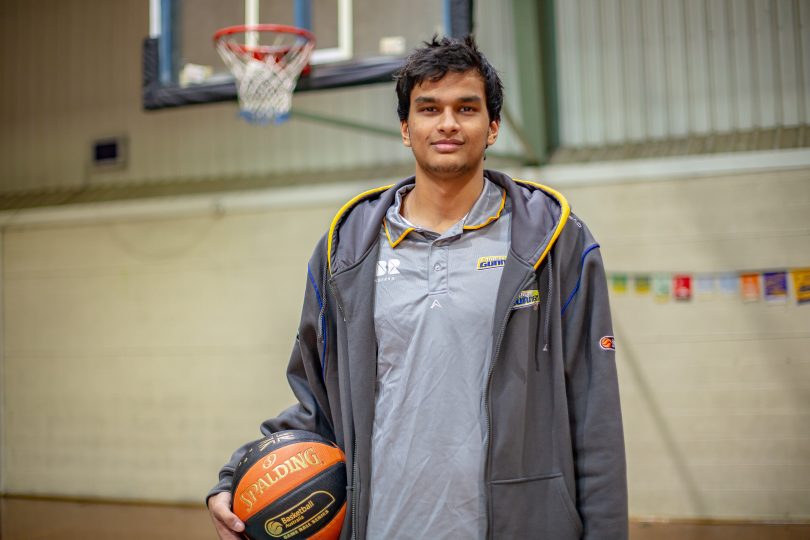 7.2-foot Aashay Verma has a different perspective on life than most. Photos: George Tsotsos.

It’s easy to pick Aashay Verma out of a crowd, mainly because he stands head and shoulders above everyone he meets.

Well not everyone; the 7.2-foot basketballer does recall two times over the past couple of years that he wasn’t the tallest man in the room, which he admits freaked him out just a little.

“I was playing Final Four last year in San Antonio and I played against a 16-year-old Chinese kid who was 7.4 feet. I went to NBA All-Star’s in New Orleans in 2017 and I met a 7.7-foot basketballer and he was by far the tallest person I have seen in my life.

“It freaked me out a little.”

The NBA Academy Australia prospect has heard every tall joke ever created and by now he is used to the stares wherever he goes and having to duck his head when he walks through a door.

What else can you expect when a 218cm man walks into the room?

“Planes, cars, concerts, shopping malls, almost everywhere I go I get comments,” he said with a smile. “I like it. It gives me a chance to be sarcastic towards them.”

Like many people from his generation, it was Lebron James and the all-star teammates in Dwayne Wade and Chris Bosch at the Miami Heat in 2013 that first inspired Verma to shoot hoops.

“I remember watching it at my boarding school in India thinking what they were doing was pretty cool,” he shared. “So I tried it on the court and failed miserably but I kept trying. 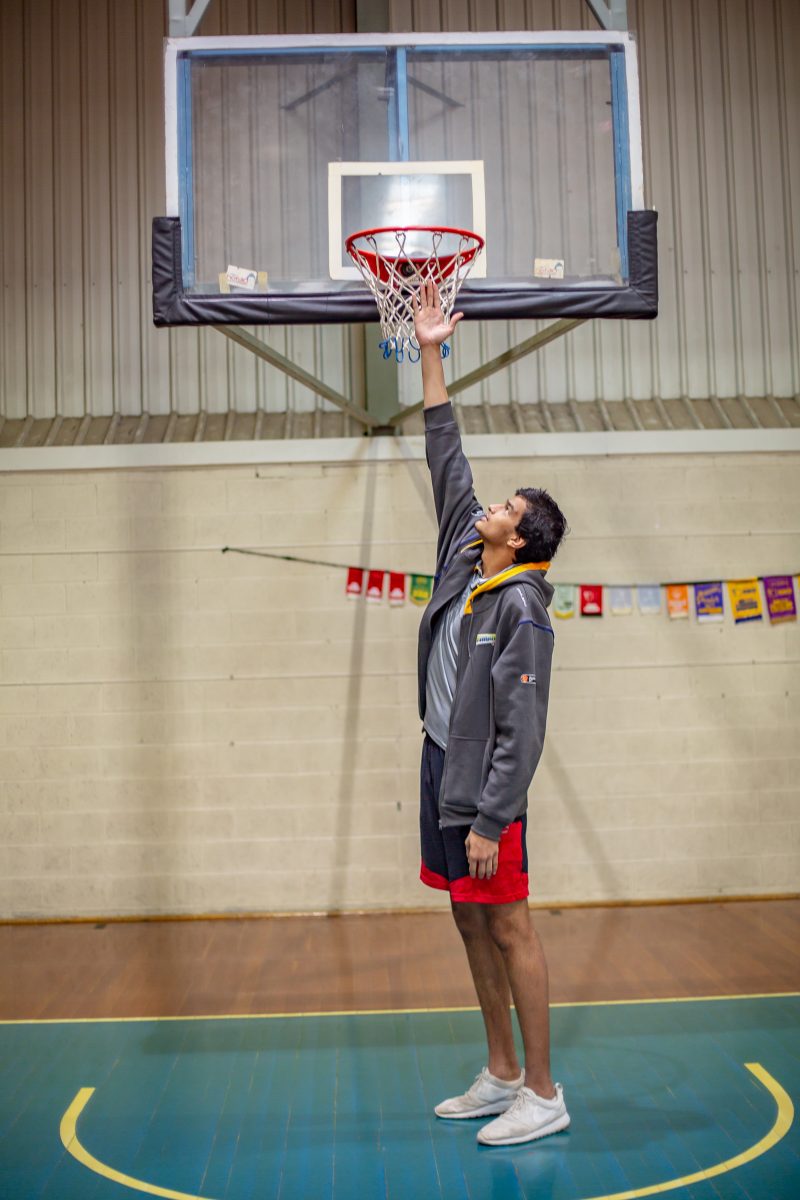 Yes, he is nearly touching the rim of the hoop and no, this isn’t photoshopped.

The 20-year-old Canberra Gunners centre was just a 16-year-old kid watching from the stands when a coach beckoned him to come down to the court.

“There was an NBA 18-year plus event but I picked up my shoes and went with my friend to watch,” Verma said. “I was sitting in the back of the stands but a coach on the floor looked at me and called me down.

“I told him I was only 16 and that I wasn’t allowed to participate but he said I should put my name down and go out there and play.

“Something must have impressed him about me because I got a call to come to the final camp even though I wasn’t going to be selected. From there, I got asked to come to Basketball Without Borders in Melbourne. From there I got involved in the NBA Academy Australia here at the AIS.”

It is just the start of his career but Verma’s head is not in the clouds, with long term goals being to pull on that Miami Heat jersey and represent India. Before then he will head overseas in July to further his basketball career but the one thing he is sure he will not miss is the bitterly cold winter mornings.

“The first time I experienced winter in Canberra, I went to hospital,” he said. “I was on a drip and everything. It was bad. I grew up in Hyderabad where the lowest was 18 degrees. I never had to wear a jacket back home.

“But I do love playing for the Canberra Gunners. It’s really exciting to play for the city that gave me so much.”

Dylan Simpson this the dude from your team?

UPDATED: New cases include man in his 20s with ‘no obvious links’, snow tourist turned away