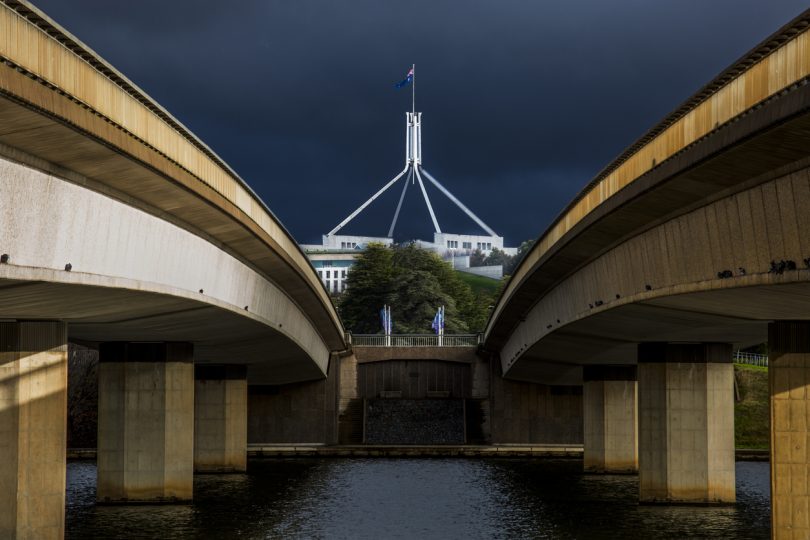 Commonwealth Avenue Bridge: The ACT Government wants to build a third bridge for light rail between the spans. Photo: File.

Commonwealth Avenue Bridge won’t be falling down after all.

The National Capital Authority has backed away from an idea to demolish the 60-year-old structure and replace it, preferring instead to strengthen and widen the bridge.

It has submitted a proposal to Infrastructure Australia to increase the load-bearing capacity of the bridge to handle current and expected future traffic, and to extend the design life by at least 50 years.

The project will also upgrade the vehicle and pedestrian safety barriers and widen the bridge to meet modern design standards.

The NCA said the demolition option was found to be costly and disruptive to the community and the traffic network.

”Engineering analysis commissioned by the NCA found that strengthening and widening the existing bridge offers value for money, can accommodate the heritage values, and reduces disruption for commuters,” a spokesperson said.

”The NCA is continuing to work with the ACT Government on the options to take light rail to Woden,” the spokesperson said.

The idea to knock down the bridge, which Transport Minister Chris Steel calls a ”fantastic heritage icon”, and start again took the ACT Government by surprise when it was floated a year ago

The Territory’s preferred option then, as it is now, was for a third bridge to be built between the two spans to carry light rail across the lake.

Mr Steel said this was consistent with the Federal Government’s response to the Joint Standing Committee in 2018, and also consistent with the original vision for the bridge when it was built to have a third bridge in the middle that would take mass transit across the lake.

He said Light Rail Stage 2B – which would extend the network across the lake, through the Parliamentary Zone and on to Woden – would require Federal Government approval and was subject to the Environmental Impact Statement process.

Design and procurement are underway for Light Rail Stage 2A from the City to Commonwealth Park.

”The ACT Government is continuing to work closely with the NCA in relation to the two projects. At this stage we are not aware of any particular issues with either project that could influence the sequencing of works,” he said.

He said the ACT Government had proposed that during the pandemic that two lanes on each side of Commonwealth Avenue and Kings Avenue Bridges be closed off and given over to active travel but this had been rejected.

”We had a good conversation about what were the long-term benefits for active travel we could get on the bridge, and they suggested they were looking at a plan for the bridge for pedestrians and cyclists,” Mr Steel told ABC radio.

”I haven’t seen the details. In theory, it sounds like a good idea. It’s a very popular area for active travel.”

He said the current situation created unnecessary interactions between walkers and cyclists. 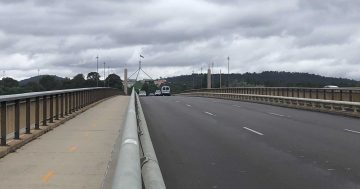