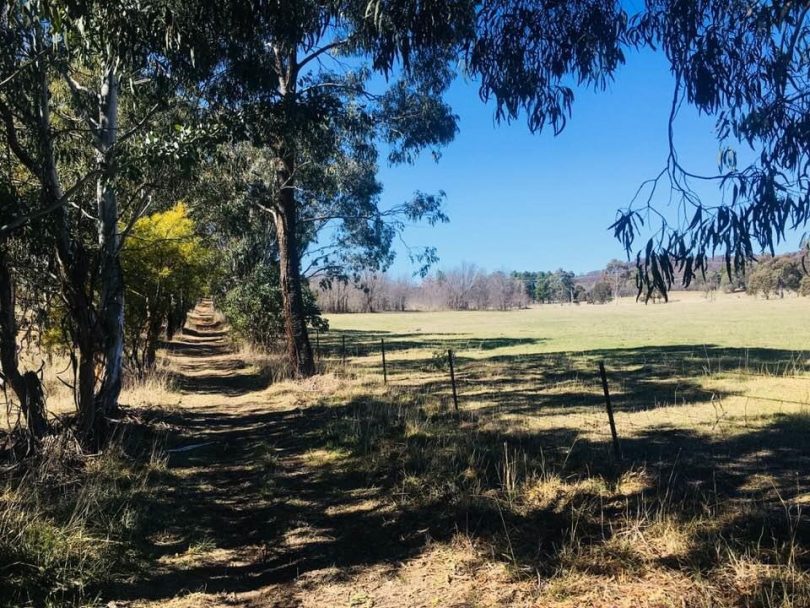 The North Curtin Horse Paddock will provide land for embassies over the next 25 to 30 years, while the eastern section next to the planned light rail corridor is slated for development. Photo: Supplied.

The Commonwealth’s embassy land grab in Curtin includes more than the horse paddock and rezones the remaining ACT land along Yarra Glen as residential in anticipation of urban development along the planned light rail corridor to Woden.

Draft Amendment 95 not only proposes to change the land use of Block 4 Section 106 and part Block 5 Section 121 Curtin to facilitate the development of a new diplomatic estate but also a clutch of other parcels, mainly near the intersection of Cotter Road and Adelaide Avenue, in order to ”regularise planning arrangements”.

DA 95 also proposes that, at the request of the ACT Government, the 10 ha section of the North Curtin Horse Paddock not included in the West Basin swap be zoned residential, but the Commonwealth will retain ultimate planning control to ”enable the interface between diplomatic and other uses to be managed effectively”.

It also means the Commonwealth will be able to set broad parameters for future development of the new urban area, including land use, restricted access from Adelaide Avenue, and a green buffer between the road and any development. 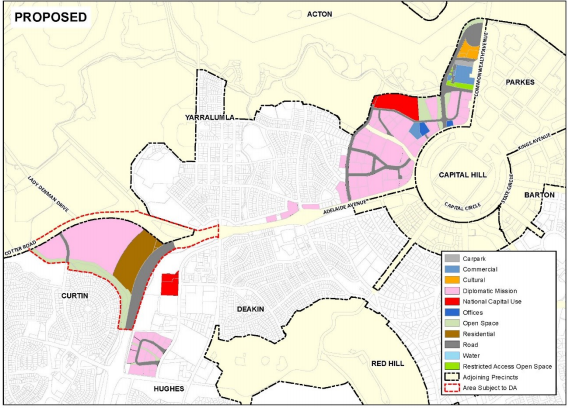 The proposal says more detailed planning controls can be developed in the future for the City to Woden corridor including building heights, density, subdivision layout, design quality, landscape structure and open space.

”The ACT Government’s Planning Strategy (2018) aims to create a more compact and efficient city. Additional residential development in the proposed location can assist in meeting key directions of the Planning Strategy,” it says.

Once the NCP is amended, the NCA will undertake detailed site investigations of its newly acquired land and begin estate development planning for the 32 ha diplomatic estate.

All land subject to the draft amendment, including both the proposed area for the diplomatic estate and future residential land, will be included within Designated Areas where the NCA has detailed planning and approval responsibility.

The NCA says that all suitable land required for diplomatic use has been exhausted and that the North Curtin Horse Paddock has long been identified as a potential site.

But the secrecy surrounding the land swap deal, the loss of the horse paddock and green space has angered the equestrian community and local residents.

Woden Valley Community Council president Fiona Carrick said she hoped there was more of a discussion about the future of the ACT land and diplomatic estate than there was before the land swap announcement, which occurred without any discussion paper or anything to inform the community.

She said recent events were part of a continuing pattern of behaviour from the ACT Government to decide outcomes and then present them for consultation.

”We urge there to be proper consultation and planning for the site. We want to maintain the Yarralumla Creek corridor for the environment and for a significant public space along the corridor, and maintain the tree canopy for the bird and wildlife corridor,” she said.

”We are concerned about the implications of the residential zoning on the land retained by the ACT along the Yarra Glen corridor.”

Submissions on Draft Amendment 95 close at close of business on Tuesday, 7 July 2020.

BEST OF 2022: Light rail development opponents need to be part of the solution