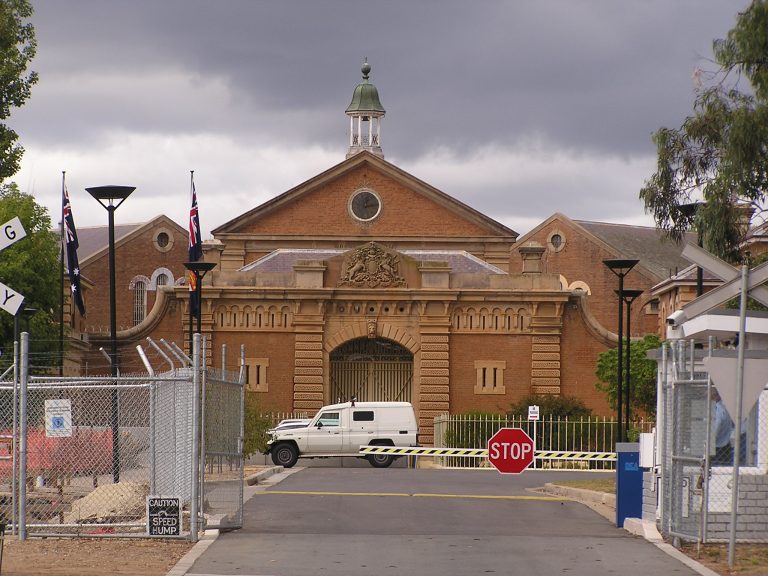 The Assistant Commissioner and Director of Custodial Corrections have agreed to meet this week with 200 prison officers who walked off the job at Goulburn’s Supermax prison on Friday, 26 March.

Chair of the Prison Officers’ Vocational Branch of the Public Service Association of NSW, Nicole Jess, said the officers were back at work on Monday, 29 March and hoping to start discussions before Wednesday, 31 March to address concerns about staff shortages and management at the jail.

Ms Jess said the union would return to the Industrial Relation Commission if this week’s negotiations were unsuccessful.

“They will need to come to the party with significant solutions,” she said.

Staff at Goulburn Correctional Centre have been on the brink of strike action for months after losing senior ranking officers and the squashing of an alleged assault on three officers by an inmate.

The inmate, charged with four counts of assaulting a law enforcement officer, was found not guilty because the officers hadn’t applied the correct force. This ruling highlighted the need for senior ranking officers at the jail.

She claimed the changes have led to fewer senior ranking officers in Goulburn’s jail and more young recruits who were happy to take on casual contracts.

“We have a lot more new recruits who are quite young and I would say, lacking in life experience, than we had when there were more permanent positions,” said Ms Jess.

“It takes a certain person with a certain skill set to be able to do what we do. You wouldn’t casualise judges or the police so why would you casualise the back end of the judicial system? Especially when you are holding large amounts of maximum-security inmates who are volatile.”

However, Corrective Services NSW argued there were almost 240 permanent ongoing custodial staff at Goulburn Correctional Centre which is more than 70 per cent of all staff.

Ms Jess said this is probably true, but that the positions of 15 correctional officers, one senior officer and one functional manager remained vacant.

“We’ll be asking for those positions to be filled during this consultation process. The other problem we have is that a lot of people are off on workers compensation and we can’t fill those positions with permanent people. If we’ve got 15 vacancies and workers comp on top of that, it increases the issues we have with a lack of staff,” she said.

Officers at Goulburn’s prison also said they have no confidence in the Governor.

“They will be speaking to the Assistant Commissioner about the issues they’ve been having with the manager and he’s going to have to come up with some sort of resolution that appeases his side and our side. If that’s not happened by Wednesday, we’ll take it back before the Industrial Relation Commission,” Ms Jess said.

Andrew Wadey - 19 minutes ago
Same thing in so many sports, like A-League who keep stringing supporters along and then find some justification to do whatev... View
Martin McMaster - 25 minutes ago
Who needs to start winning? View
Neil Chandler - 2 hours ago
Peter Bee true, but they produce some great players and there is a fanatical enough fan base that it would be a worthwhile ve... View
Opinion 7

Brisal - 19 minutes ago
"If you want to maintain that sense of community, less worrying about what other people might be doing is probably a good pla... View
Futureproof - 2 hours ago
Ditch Facebook and you will be much happier. Facebook is a morale vampire... View
Sam Oak - 2 hours ago
The majority of Canberrans either have moved from interstate or have links such as family in other states. It already became... View
News 123

Capital Retro - 20 minutes ago
I don't think Murrays Buses are "public transport", Leon and the only modes are buses and trams, the latter goes only in one... View
Craig Webb - 2 hours ago
Greg Donoghoe thats well and truely faster than an old plastic cab with a gardiner straight 8 in it! View
Greg Donoghoe - 2 hours ago
Yvoir Hingee maybe you need to give it a try now. Very enjoyable way to travel to Sydney. No traffic to put up with & very co... View
Property 2

Ian Jessup - 1 hour ago
Maureen Ryan yeah it is. Both Q and WW punch well above their weight in sport View
Maureen Ryan - 4 hours ago
Ian Jessup that's a bit rough View
News 27

Capital Retro - 1 hour ago
......"do they look like they are getting married." Anything is possible now, in Canberra.... View
Cheryl Boyd - 2 hours ago
Kangaroos will go into water if they have been bitten by a snake. Hope it was taken to a vet to get checked over. View
Property 15

Mikey Moore - 2 hours ago
I would be more than happy to have something like this in my area. Unfortunately, the NIMBYs at WVCC oppose anything over 2 s... View
News 16

@The_RiotACT @The_RiotACT
A Kambah pizza bar has been identified as a close contact #exposure site in the latest list from @ACTHealth, while supermarkets across the ACT are named as #casual or monitor for symptoms sites https://t.co/LKRHn7xAFZ (1 hour ago)

@The_RiotACT @The_RiotACT
Zed Seselja's Senate seat may be vulnerable, according to new polling from the @TheAusInstitute, but ousting him will be a big ask https://t.co/0HDjhrW54O (1 hour ago)