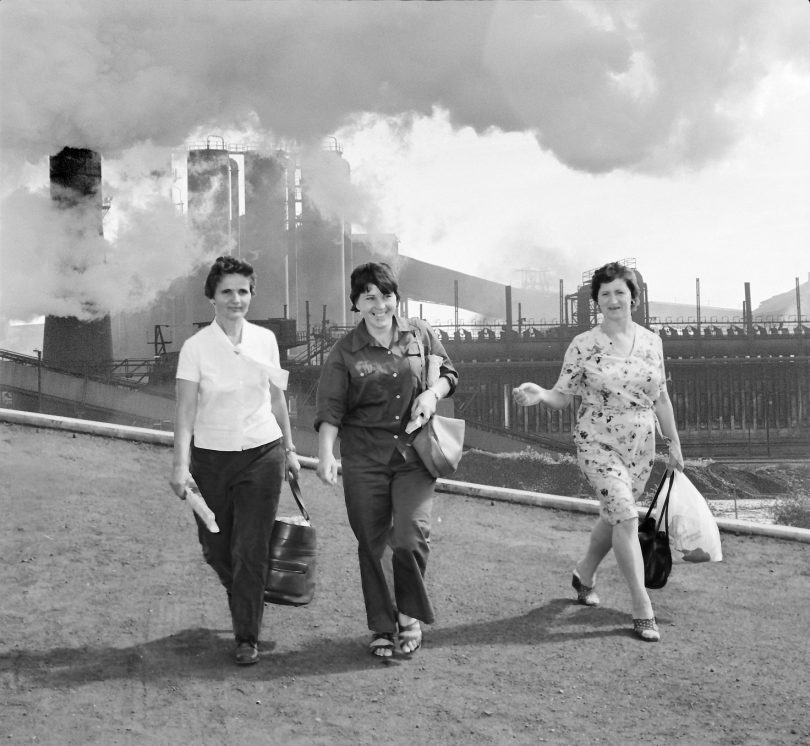 Nelligen filmmaker Robynne Murphy still kicks herself for not taking her camera to the streets of Wollongong between 1980 and 1994, when she was front and centre of a campaign by women for jobs in the BHP-AIS steelworks in Port Kembla.

Instead, she had to spend months trawling through archives of newsreels and images for her documentary, Women of Steel, which has been recognised by the History Council of NSW for capturing Australia’s largest anti-discrimination case and an important milestone in the women’s liberation movement. 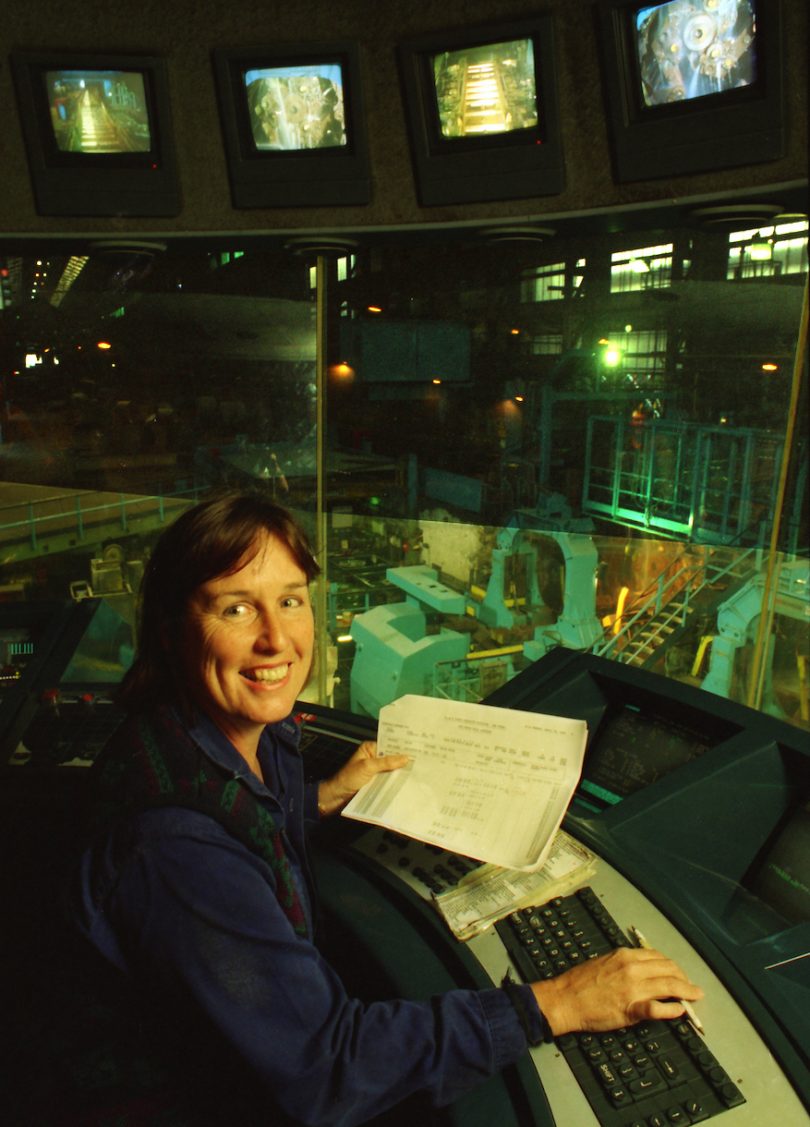 The documentary portrays an important and now sometimes forgotten episode in Australia’s history, and Robynne left a promising career as a young filmmaker – she was selected for Australian Film Television and Radio School’s very first intake – when she became caught up in the Jobs for Women campaign.

At the time, BHP was the biggest, most powerful company in Australia – employing around 20,000 people – and working-class and migrant women wanted to work at the steelworks to make a better future for themselves and their children. However, they were told there were no jobs.

The documentary follows the hundreds of women, including Robynne, who had no work, no income and filed an anti-discrimnation class action against BHP.

They wouldn’t take no for an answer and even marched on Canberra, breaking down the doors at Parliament House.

Robynne said the women thought of every argument that could be used against them to show why they couldn’t work at the steelworks and came up with a better argument for why they could. They even printed their campaign messages in six different languages to ensure they captured Wollongong’s multicultural community.

After the success of the campaign, Robynne and other women were finally offered work at the Port Kembla steelworks. Robynne worked there for 30 years as a welder, crane driver and hot strip mill operator.

Since retiring to Nelligen, the 70-year-old says she has found the time to tell the story she hopes will inspire others to continue to fight against “Australia’s sexist culture”. 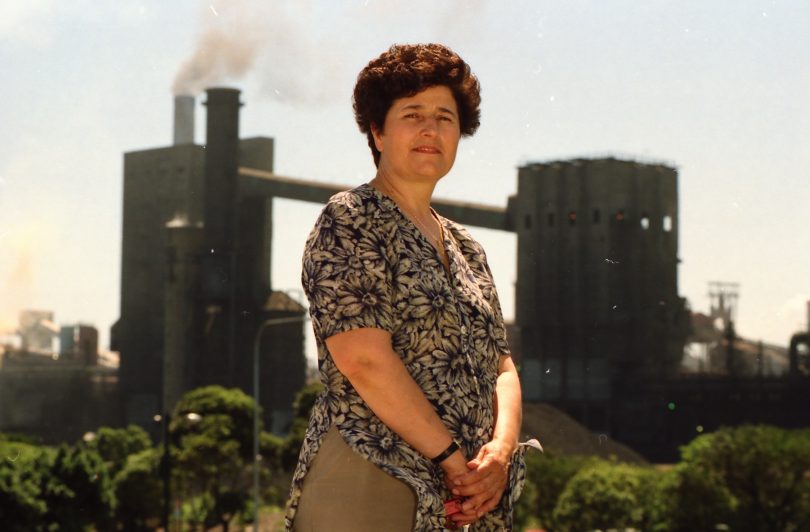 In the Women of Steel documentary, Mara Goluza talks about how it felt to beat BHP. Photo: Supplied.

Robynne plans to help other grassroots campaigns once the documentary is released on Wednesday, 18 November, at the ACTU Activist Conference.

“A lot of changes happened after our campaign,” she says. “There are a lot of women now working in what were seen as blokes’ jobs 40 years ago, but I don’t think many women realise that it took struggle to make those changes.

“I also think we still live in a very sexist society – women are the ones working part-time, casual jobs, if they’re working at all, and look at what’s happening in parliament,” adds Robynne, referring to recent claims of sexism and inappropriate behaviour in parliament towards female political staffers and members.

Women of Steel will preview online on Thursday, 26 November, and at the National Film and Sound Archive in Acton, ACT, on 2 December.

Gertrude something to get?

Anne O'Hara - 8 minutes ago
I hope Suez is paying for all the skip bins and staff for collection points. View
Anne O'Hara - 9 minutes ago
Randy Goldberg that doesn't work. We had weeds and scrap grass continuously growing on the island in our street - numerous re... View
Mick Guy - 12 hours ago
repairing the roads with the band aid policy?? View
Property 151

Woolaroo Warmbloods Sal Walker - 2 hours ago
Paula DeMoor it’s certainly stable goals...... 🤩 View
Isaac Holmes - 4 hours ago
Olivia Bodenham sutto could be our next move View
Emma Jeffries - 9 hours ago
Zac Bryant oh this is brilliant. The one. A jump arena for me, a pool and air conditioning for you and jasper and the landsca... View
Opinion 13

Rosalind Turner - 9 hours ago
Bring back the fountains, invite some food vans or pop-up restaurants, provide some shade and structure so it's not a wind tu... View
Michael Moran - 11 hours ago
It is form over function like everything the government does ! looks looks pretty but it serves almost no purpose . the packi... View
Jason Oneill - 13 hours ago
Bill Gemmell YES!!!!! View
News 1

Gail Cocksedge - 18 hours ago
And why do we care about this. Breaking the law has consequences. It's not a freeking resort, it's called punishment for the... View
Community 4

A few weeks ago, I drove my car across Commonwealth Avenue Bridge for the first time in months. Since the...
Property 151

Updated - 23 November, 3:00 pm: Emergency services in Canberra have received more than 75 requests for assistance after a...
News 2

The ACT Government has launched a trial $500,000 discount voucher scheme to boost consumer spending to help Canberra businesses in...
News 18

Of the sporting events that we no longer have in Canberra, some had a long run of many years while...
Breaking 0

Of the sporting events that we no longer have in Canberra, some had a long run of many years while...
Opinion 16

Chief Minister Andrew Barr comes back to work today after a post-election break and needs to clean a couple of...
News 18

Canberra Avenue has taken the dubious title of having the most motor vehicle accidents in the ACT, according to new data...
News 14

“Nothing short of a miracle” – Nelligen family saved by the winds

@The_RiotACT @The_RiotACT
For Goulburn adventurer Andrew Oberg, the Shoalhaven River is a natural wonder that offers something spectacular every visit https://t.co/YbiSyigXfT (58 minutes ago)

@The_RiotACT @The_RiotACT
The 2021 Canberra International Music Festival has been launched. Check out the works and the artists https://t.co/ZmQ3ouVslr (10 hours ago)

@The_RiotACT @The_RiotACT
Hot in the City: Things are about to get a whole lot cooler in Dickson with the opening of Spilt Milk Gelato Bar https://t.co/dVR1sv6PNo (12 hours ago)