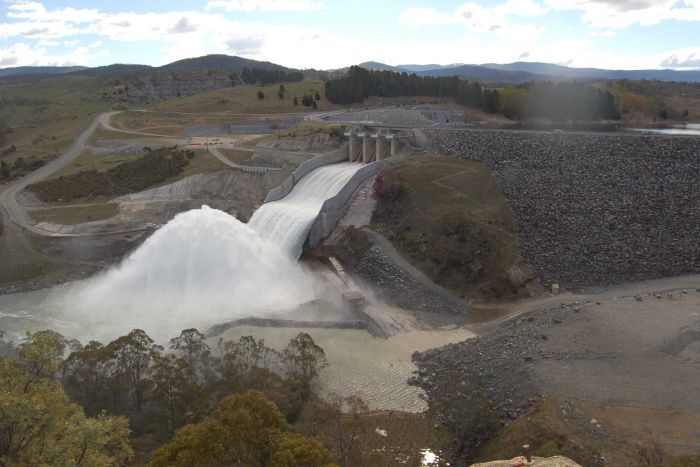 A new advisory committee has been established to guide the NSW Government’s management of water flows out of the Snowy Hydro Scheme and into the Snowy River catchment.

Member for Monaro John Barilaro has welcomed the inaugural Snowy Advisory Committee (SAC), which has been established to provide expert and local input into the design of environmental flows within the iconic river system.

Mr Barilaro believes the SAC will allow greater transparency of environmental water strategies in the area and will help boost the health of local rivers.

“He will be joined on the Committee by an impressive group of local community, environmental, Aboriginal and general representatives from the NSW and Victorian Governments to ensure all interests in the Snowy region are fairly represented.

“The first task of the Committee will be to advise the NSW Government on the Snowy River environmental water strategies for 2019-2020.”

The former six-member Snowy Scientific Committee was scrapped in 2014, at the time the then NSW Water Minister Kevin Humphries described the body as being ‘out of touch’.

“None of those people lived in the catchment,” he told ABC. Mr Barilaro says he is confident the Government has found the right people with the right knowledge and skills in the management of water to strike a balance between community interests, technical expertise, and Government policy.

The new eight-member SAC consists of:

Terry Bailey says he is thrilled to Chair the new Committee.

“I’m looking forward to the opportunity to work with such a diverse and respected cross-section of the community on the Snowy Advisory Committee,” he says.

“The Snowy River and broader region are very important. This committee will provide vital community and expert input and has a lot to offer the future management of the river.”

Initially, the Water Minister indicated the SAC would comprise of 13 members. If more members are to be appointed, Ms Rose is hoping the catchment of the upper Snowy River might be better represented and considered in the future.

“Increase the scope of the Committee to include more water and river scientists,” she says.

Indigenous representation on the SAC has been welcomed, especially the inclusion of two women, Aunty Doris Paton and Aunty Iris White. Much of the Aboriginal culture and heritage around water is seen as women’s business or having a maternal interest.

Ms Rose is hopeful the voice of local Aboriginal people will be heard and respected through the community networks.

Mr Barilaro says: “Committee appointments are for up to three years and additional specialised expertise will be brought in to inform the committee when required.”

How things have changed, once it was all about conserving water.

Now it's all about conserving nature,I grew up on the Snowy scheme it was all about giving power by Hydro.But the land was turned back to nature when jobs were finished and housing moved on.Its just gone too far with our green people.Our farmers are finding it hard because of the Green people,conservation.

jam - 5 hours ago
The tram is more easily accessed by more people as it encourages dense development within its reach. It isn’t really possib... View
bj_ACT - 6 hours ago
The issues with the Bus route changes and the loss of bus stops for Tuggeranong in 2019 were obvious to anyone with half a br... View
Winkie Wee - 8 hours ago
I'm lucky in that I live within a short walk to either the R4 or R5 buses. I use the bus quite a bit unless both of us need t... View
Breaking 4

jam - 5 hours ago
That said, though, bikes are required to slow to around 10km/h before crossing - a bike crossing at the otherwise speed limit... View
jam - 5 hours ago
It is not “bugger all inconvenience” it actually makes a big difference when it is your commute! When I drive past a cros... View
liberalsocialist - 9 hours ago
What a disgrace. And while in no way taking away from this cowardly act, I have come from NSW where we are told to dismount a... View
News 161

Jimbo Lambert - 6 hours ago
Areas in Gungahlin haven't been mowed for at least 6 months! How hard is it to use our high rates money to employ some more m... View
Jimbo Lambert - 6 hours ago
Randy Goldberg you mean 6 months later? You must live in a more affluent area than Gungahlin, as it seems we have been alloca... View
Frank Arnold - 8 hours ago
Ohhh myyy Goddd !...Crooked pavements!...pot holes in our roads!...and now it's long grass !!!! FFS we hardly had any 3/4 yea... View
Community 6

kenbehrens - 9 hours ago
That makes no sense. Your comparisons are 20-25 years apart. The "new" bus route takes longer because it services a bigger ar... View
bj_ACT - 9 hours ago
Not sure about the adding 10 minutes to the 333 journey by changing to go past College St and UC. The change Only added 1.2km... View
michael quirk - 14 hours ago
Yes,but it is by no means certain that light rail stimulates urban redevelopment more than BRT. Much depends on design of the... View
News 1

Stephen Saunders - 11 hours ago
Thanks, I wasn't aware of this. Those who care about the Eurobodalla bush should log in to the disgraceful "Dalmeny Land Rele... View
News 7

rocca66 - 13 hours ago
I was staggered to think there could be 30,000 public service compensation claims. View
News 15

jwinston - 15 hours ago
Glad you asked JD. Allegedly Aboriginal and Torres Strait Islander people are incarcerated at higher rates than others. The i... View
News 58