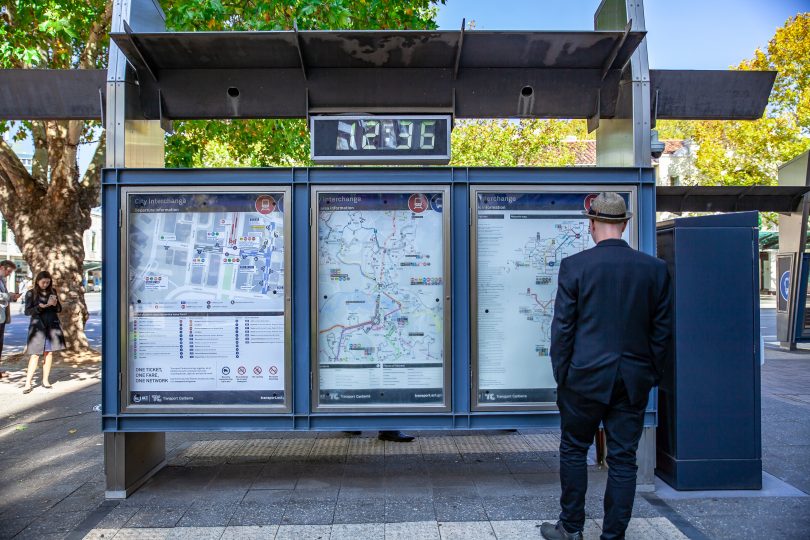 The new timetable was originally scheduled to launch in April, in time for Term 3 students returning to school and workers returning to the office after school holidays, but COVID-19 delayed its introduction.

Minister for Transport Chris Steel says there will be 17.5 per cent more services, with more off-peak times which will help reduce overcrowding on public transport and “keep Canberrans moving”.

The original Network 19 was launched in April last year and less than a fortnight later two petitions were started and a raft of changes were made.

Imchan Raman, an 18-year-old from Tuggeranong, was behind one of the petitions calling for Transport Canberra to return to the previous timetable.

“It makes commuting indescribable – simple commutes become complex and I fear my grandmother, who likes to catch a bus to go shopping, may become lost trying to do so with this new complex system,” she told Region Media at the time.

Schools and parents were equally frustrated with short and simple trips for many kids turned into hours of waiting and several bus stops.

By December 2019, the timetable had been tinkered with 180 times.

Even so, the overall number of people using public transport in Canberra rose although usage in Tuggeranong, Woden, and Belconnen fell slightly. It is these travellers Mr Steel hopes will return to public transport.

“Residents of Tuggeranong have access to more peak buses each afternoon from the city and Barton to Lanyon, Kambah, Chisholm and Calwell, and more Rapid 5 services (Lanyon to City), running every 10 minutes all day during the week,” Mr Steel said.

“We have also improved local services in the region with routes 72, 76 and 77 providing direct buses through to the Canberra Hospital and Woden.”

From Monday (20 July), people will also be able to check for the quietest times to travel on the rapid bus routes with a new function coming to the Transport Canberra website.

“This new function will allow people to plan their trip according to when there are the least number of passengers on their rapid route, helping to reduce crowding and to spread the peak,” Minister Steel said.

“Off-peak travel is cheaper, and you may only need to adjust your travel times by half an hour or an hour to experience the benefits. Discounts apply from 9.30 am to 4.30 pm, after 6:00 pm and all weekend.”

“We still haven’t seen an increase in weekend services. People are waiting over 12 months now for the weekend network they were promised, and we still haven’t seen reinstatement of a large number of dedicated school bus services that the government was responsible for cutting,” she said.

Mr Steel has not ruled out further tweaks although he believes these latest changes will “see us into the new world beyond the pandemic”.

He said the government had listened to the community and the changes struck the right balance.

Information on the new bus routes can be found at Transport ACT.