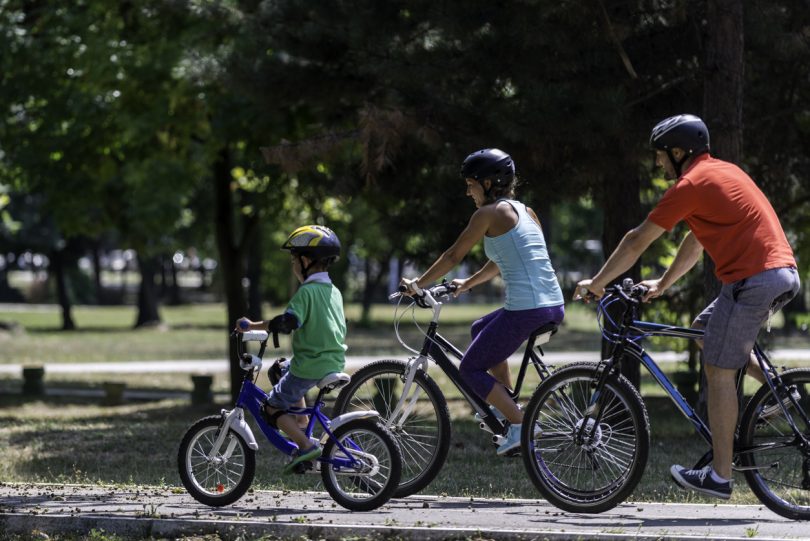 The Recylery was a previous recipient of the grant. It’s a community bike workshop that keeps waste out of landfill and helps people make active travel choices. Photo: File.

The latest round of ACT Government grant funding available for anyone with a big, green idea is now open.

Up to $150,000 is available to community groups and individuals, and the only requirement is that the project is about taking action on climate change and can help support the ACT’s transition to a net-zero emissions city by 2045.

In 2019, a previous grant awarded to the Canberra Environment Centre went towards the opening and running of the Recyclery at the ANU.

The Recyclery is a community bicycle workshop where second-hand bikes can be dropped off, repaired and passed on again for a low price.

It’s also a space where people can come and pick the brains of volunteers and mechanics – and use their tools – so they can become more confident using and fixing their own bike.

The Recyclery also runs cycling events and repair workshops, some of which are aimed at women and the LGBTQIA+ community.

“We are diverting waste from landfill and adding value,” she said.

Ms Anderson explained the money from the grant helped The Recylery hone its outreach and get its message out to the broader community.

It also went towards what Ms Anderson described as “less-exciting things” like upgrading equipment.

“All in all, we are really grateful for it,” she said.

Minister for Emissions Reduction Shane Rattenbury said it will be impossible for the ACT to hit its net-zero emissions targets unless community groups get involved and lead the way.

Four previous rounds of the grants have already supported 23 projects across the last four years in the areas of active travel, zero-emissions vehicles, waste reduction, composting and recycling, renewable energy and home energy efficiency, among others.

These have ranged from art projects to practical ones, such as The Recyclery, Mr Rattenbury noted.

“It’s about giving people who are passionate about climate change that little leg up,” Mr Rattenbury said.

“Canberra is fortunate to have a strong community of climate change innovators, artists, educators and activists, who generate new ideas and solutions for how we can all reduce emissions and increase our resilience to the effects of climate change.”

See information on previous grants and how to apply by visiting Everyday Climate Choices. Applications close on 25 March 2022.

Gawd, read down the list of previous projects to see some wasteful spending of our rates.

I wrote to the Greens about 15 years ago suggesting carbon dioxide could be stored in motor vehicle tyres and pointed out to them that besides taking a huge amount of that gas out of the atmosphere it would make all drivers feel good because they were “actioning climate change”.

I never even got an acknowledgement so it’s clear to me that they don’t intend to do anything past virtue signaling by spending our money on it.