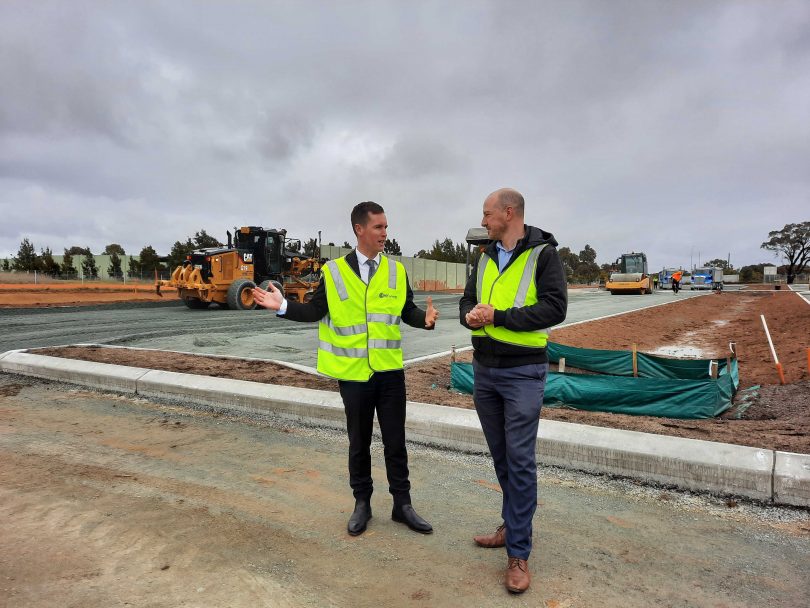 The 170-space Park & Ride facility opposite the Well Station Drive light rail stop should be completed by September.

Transport and City Services Minister Chris Steel is trumpeting Park & Ride, which will also include bike storage, as one way to entice people back to people transport and attract those who may never have caught light rail.

Mr Steel said that public transport patronage had still not recovered from the pandemic dip and Canberra’s roads were more congested as a result.

He said the Northbourne Avenue morning peak had experienced a 27 per cent increase in the volume of vehicles.

Mr Steel said the Park & Ride was also sited next to the proposed Kenny High School. He envisaged parents dropping off children there before parking and taking the light rail into town.

He said the government wanted to make it easy for people to use public transport and build trust back into the system.

“We need to think about new ways of attracting people who haven’t even used public transport before to use the system,” Mr Steel said. 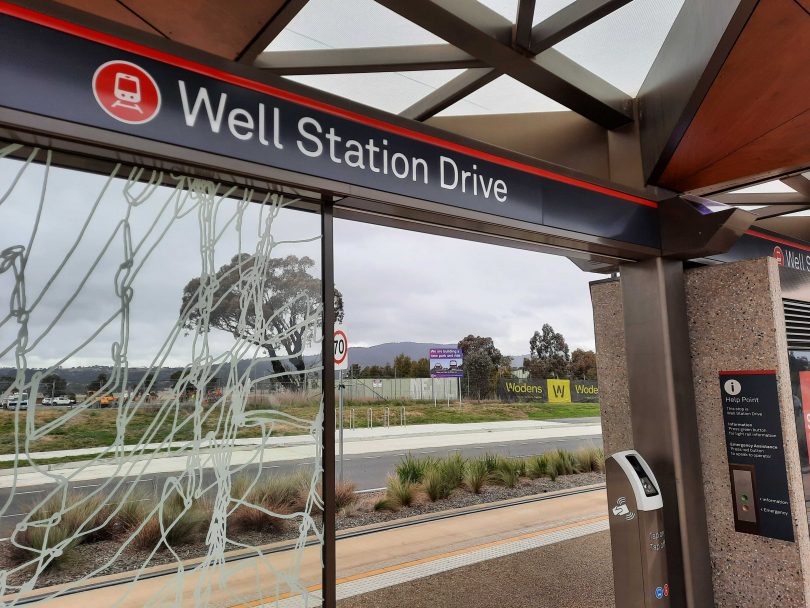 This Park & Ride will be the ACT’s 24th and the government plans more facilities, particularly with the disruption to come from major infrastructure projects such as light rail Stage 2A in the city.

“With disruption in the city and infrastructure projects over coming years, Park & Ride are going to be a key way of helping to reduce the amount of congestion on our roads, so we’re looking for further locations, particularly on the southside,” Mr Steel said.

They might not be built from scratch like this one but underutilised car parks that can be converted to Park & Ride.

Mr Steel said the new facility, which would be permit-free for now, would also take some of the strain off nearby Mitchell businesses where some light rail passengers may be parking.

The Park & Ride will have designated accessible parking spaces, be accessible from Well Station Drive, have connecting travel paths and new street lighting.

Mr Steel said the Sandford Street light rail stop, which will improve access to workplaces and service the Mitchell industrial neighbourhood, was also nearing completion and testing would soon start.

“Light rail users will see their vehicle stopping at the station as they test out the systems,” he said, adding that an announcement was imminent about when it would be operational.

It will be Canberra’s 14 light rail stop.

As someone who was born here and is now old, it’s very sad watching Canberra go downhill. The transport system has gone backwards, not improved. I have to blame the quite useless ACT government, who have also just given me a 20% increase in my rates this year. I have no idea what I keep paying money for. There are very few services provided.

you could put back the 164 in wanniassa too. who wants to walk 1.7 kms to the local rapid stop….

Actually Wanniassa has been a little mentioned shocker in the network redesign disaster. I was told they lost a staggering 50 bus stops back in 2019.

Kambah and Wanniassa Bus services were absolutely gutted by Canberra Transport the day Light Rail started with their residents now having the longest average walk in Canberra to their nearest bus stop.

No wonder Kambah and Wanniassa led the jump in car registrations since 2019. ACT Government took away their local bus services. Good luck getting these residents back out of their cars.

Put back the Macrossan Crescent bus loop in Latham …so many elderly cannot walk the 1-1.5 km to the nearest stop. Dumbest decision ever.

The removal of over 730 local bus stops had a detrimental effect on bus use even before Covid.

It’s no wonder the Transport Minister is scrambling to get Canberrans back on public transport.

What next? He’ll announce a new kind of peak hour bus service called Xpresso’s and decide to put more bus stops back in the outer burbs.