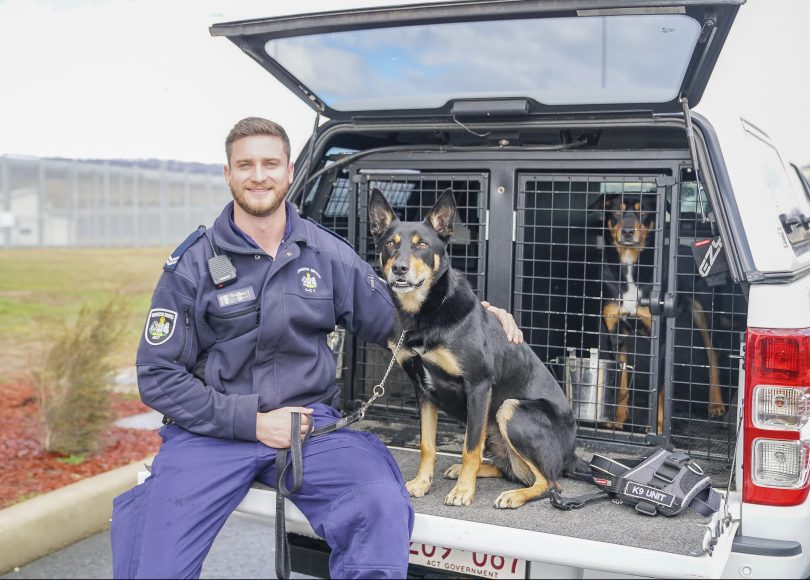 The Alexander Maconochie Centre security team have two new recruits who have a nose for trouble, tasked with the important job of sniffing out any drugs being smuggled into the centre.

Two-year-old New Zealand huntaway Doug and 18-month-old Australian kelpie Luka are the ACT Corrective Services’ newest rookies, with Doug being a part of the prison’s K9 unit since January, while Luka started his new job about a month ago.

Both Doug and Luka were former rescue dogs who were discovered at local pounds, before they underwent training with their handlers in South Windsor, NSW.

The dogs were trained to detect seven different odours, including narcotics and specific prescription drugs, at a 14-week live-in course. They have been trained to give passive responses like sitting, standing or staring at a smuggler when they detect the substance.

Officer Slater and Officer Sarri take the capable canines home with them in the evening and are the only people allowed to interact or work with the dogs.

“It is very important to have a close bond with your dog so no one is allowed to work with him or interact with him other than myself,” Officer Sarri said.

“It is a 24/7 job, but it is a fantastic job. You get to go to work with your best mate every day and that special bond you have between the handler and the canine is just awesome.

“They become a part of your family.” 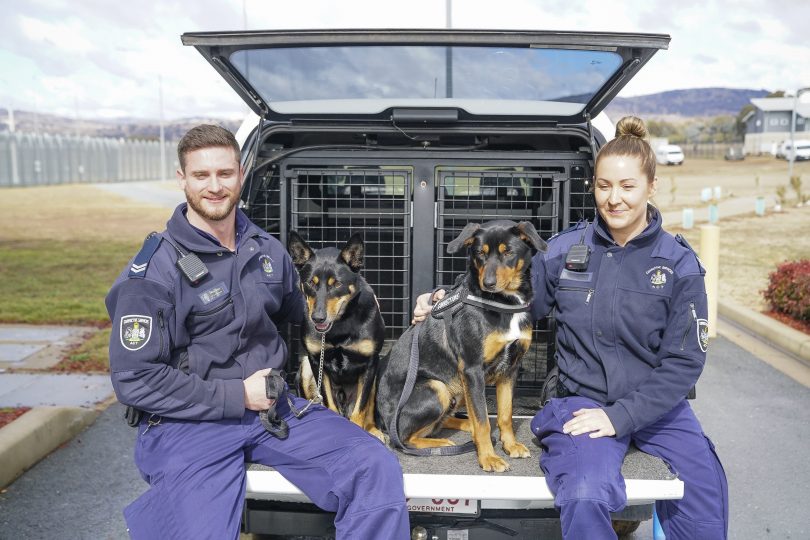 Officer Slater with Luka and Officer Sarri with Doug, who are new to the ACT Corrective Service’s K9 unit.

Officer Slater said opportunities to take on the job as the handler of a detector dog were “few and far between”.

“There are only two positions currently so it’s quite sought after,” he said. “Work is the fun part for Luka so time at home is rest and relaxation for him.

“Rescue dogs can be quite easy to handle and you can bond with them. They match up a dog with your personality, so Luka is quite highly driven like me, so that is how we became a good team.”

Seriously cute puppies with a serious job to do.Meet Doug and Luka, our two new detector dogs at the AMC.

Minister for Corrections Shane Rattenbury said the K9 unit is one of many measures ACT Corrective Services applies to assist with the search, detection and prevention of contraband entering the prison.

“These dogs play a really important role in detecting illicit substances coming into the jail,” Mr Rattenbury said. “Jails around the country struggle to keep contraband out and every jurisdiction highlighted this as a struggle that they are trying to deal with.

“These dogs are a really important part of our overall security system. They are not the only line of defence but they add to the other things we have such as the detection machines, physical searching and the like.” 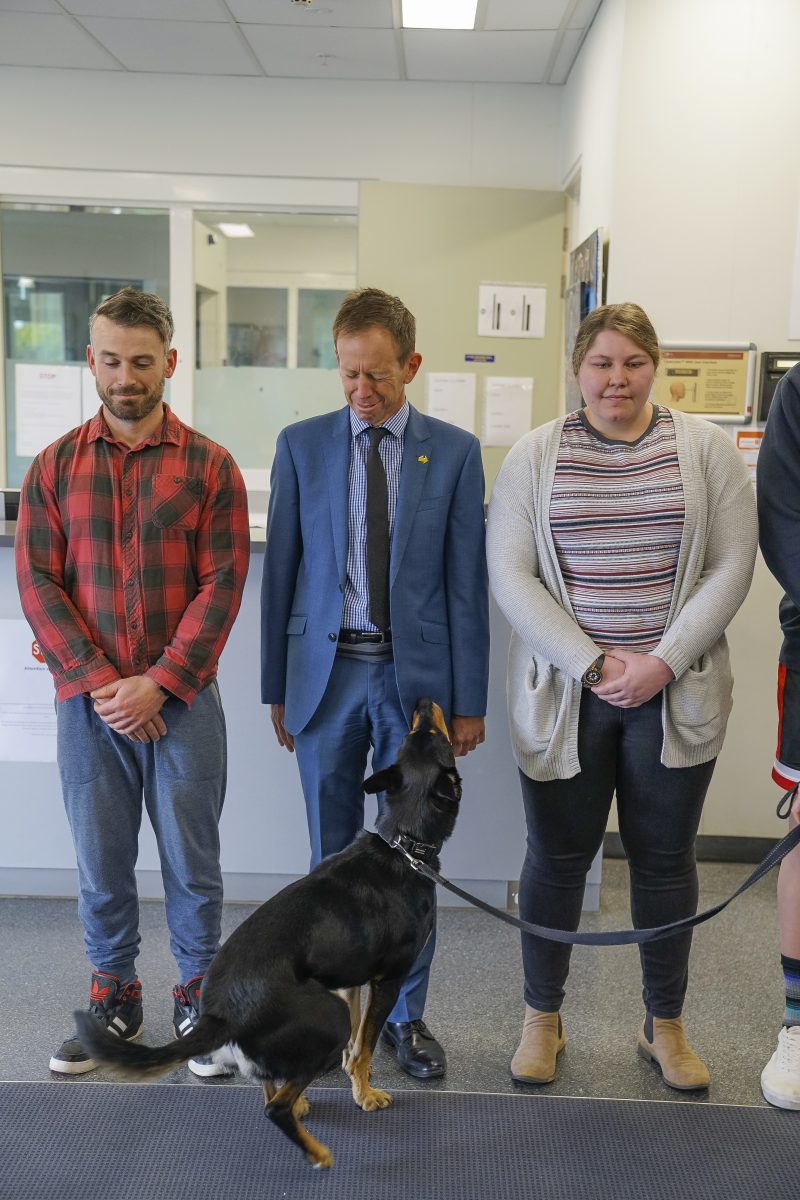 Doug gave a demonstration on Thursday afternoon (and seemed to take an unusual liking to the Corrections Minister…).

Mr Rattenbury said visitors were a “key source” of contraband not just at the Alexander Maconochie Centre, but at prisons across the nation.

“It is a dilemma for corrective services because we want visitors to come to the jail, we want detainees to have contact with their family and friends. It is a really important part of the rehabilitative process,” he said.

“But the other side of the coin, it is a pathway for the introduction of banned substances, and that’s why searching areas is really important.”

Mr Rattenbury said the ACT Corrective Services would consider employing more dogs in the future and would monitor Luka and Doug’s performances by the number of drugs they intercept.

“We have a good team now and I am pleased that we are back up to full capacity,” he said. “Unfortunately, we do intercept people trying to smuggle illicit substances into the jail, which will be the key performance indicator.

“I would be very happy if the dogs found nothing over the next 12 months but unfortunately I don’t think that’s going to be the case.” 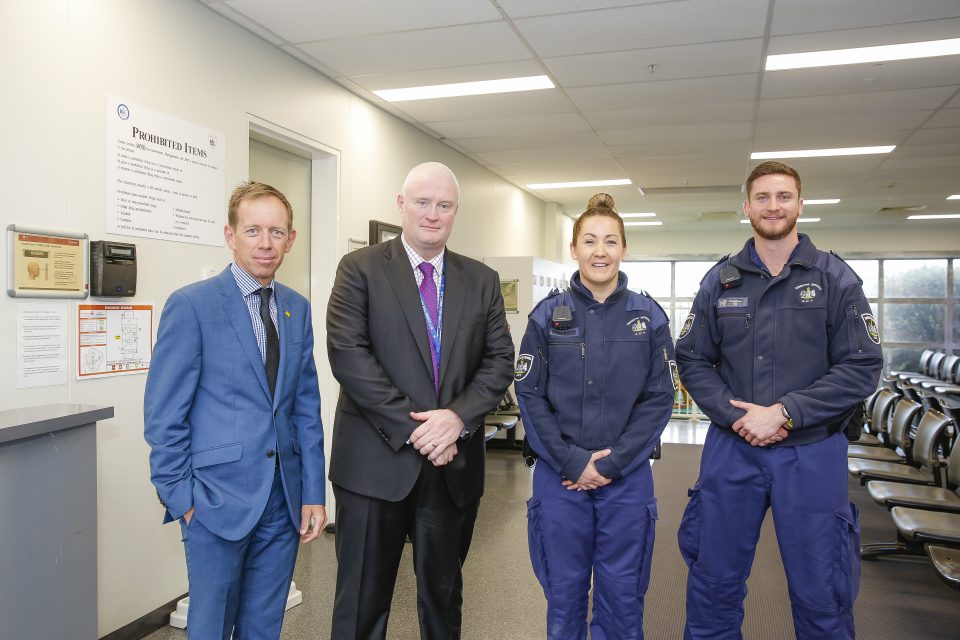 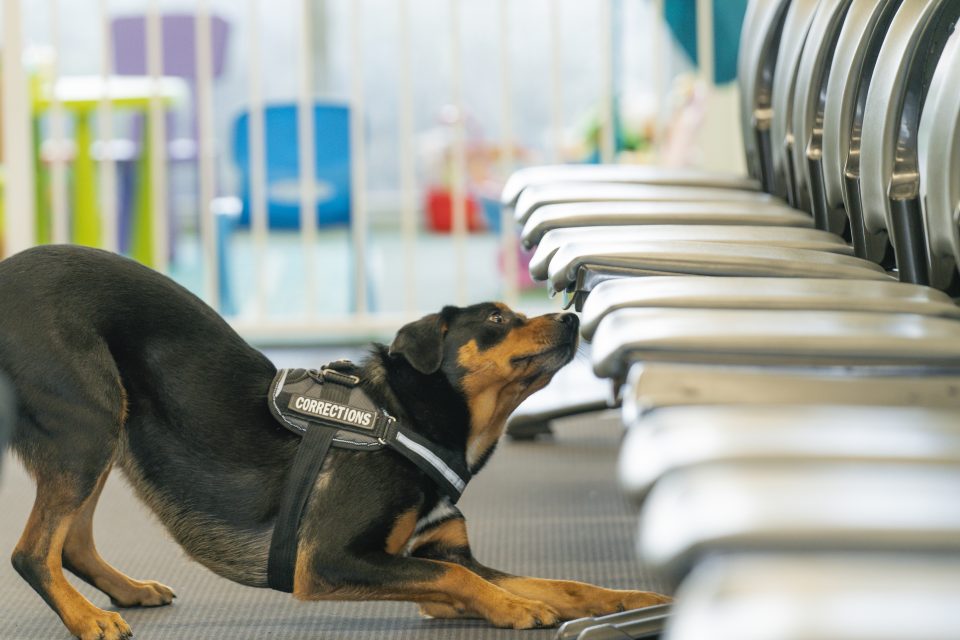 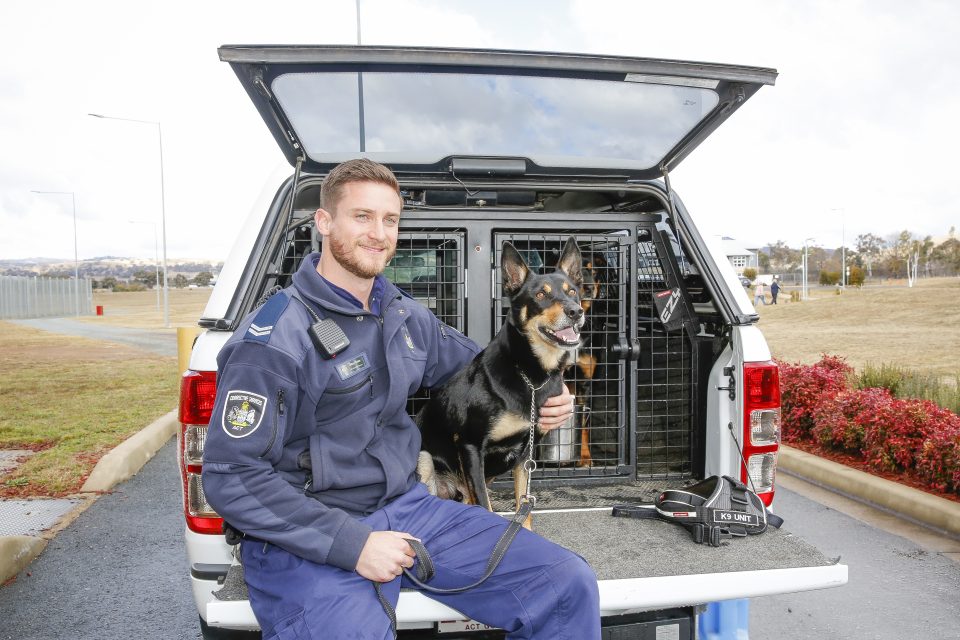 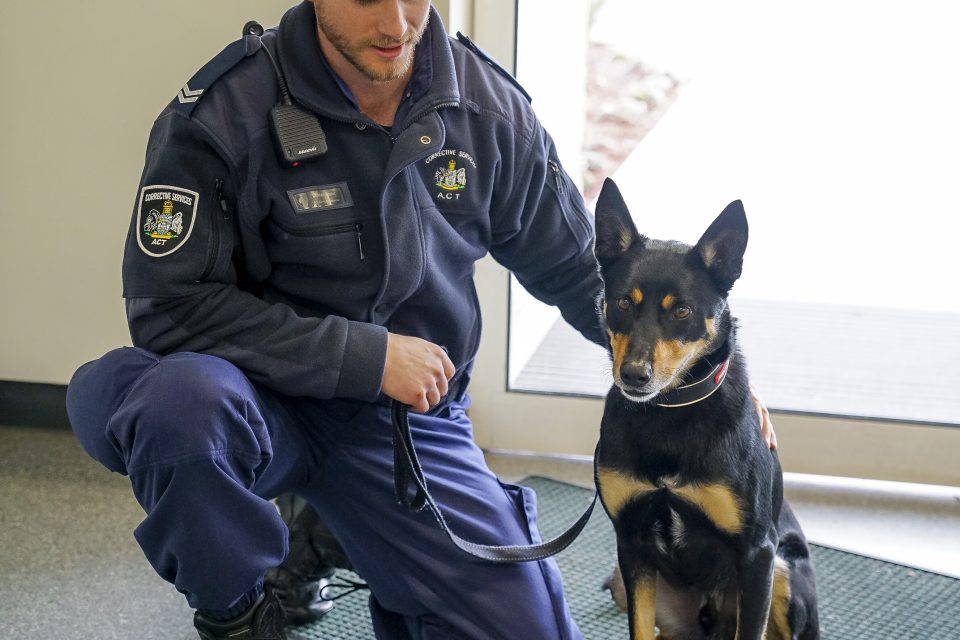