The coming shake-out from the Nine-Fairfax merger may open up opportunities for new players and local ownership. Photo: George Tsotsos.

It didn’t take long for Nine to take the razor to Fairfax with the announcement that almost 150 jobs will go. But that’s all expected and they won’t be the last.

For Canberra, the significant announcement was that The Canberra Times would be moved out of the metro grouping that included the prime mastheads of The Sydney Morning Herald, The Age and Australian Financial Review, and back into Australian Community Media, which includes the extensive stable of regional media titles.

Speculation is now rife about what this means for the Canberra Times and its readers, with the possibility that it will lose its synergies with the SMH and Age including access to the Fairfax Parliamentary bureau.

It also puts it into play to be sold as Nine evaluates the worth of its regional inheritance and continues its efficiency drive. With its enviable high-income readership and rich market, it could attract a worthwhile price, unlike many of the other regional sites that may not even pass muster when it comes to going to market.

The other shadow on the horizon for The Canberra Times and other sites is the looming paywall that the merger put on hold. Having to pay online for news has never taken in this country and it could send it into a death spiral.

It all points to a major shake-out in regional media that opens up opportunities for new players and local ownership, such as Region, publisher of the RiotACT, the Canberra region’s digital news site.

Region Media now hosts 12 digital titles under its umbrella including About Regional in South East NSW and RiotACT in the Canberra region, and has clear aspirations to expand the group.

When the fire sale begins, Region may well be the white knight many in the Canberra region may be looking for.

Otherwise regional Australia faces a loss of local news content, much like the effects of television aggregation, in the wake of the merger, according to media analyst Peter Cox.

He also says the expected introduction of paywalls on Fairfax sites such as the Canberra Times in the New Year would only exacerbate the pressures they would face under their new owners.

Mr Cox said with Nine now taking on more than 160 regional media sites it would be looking for ways of reducing costs, and that would mean the end for some titles or others consolidating.

“I think that will be a continuation of the trend in regional areas, that is, a lack of diversity of media outlets, and a reduction in local content,” he said.

Some sites might not even make it to market, being quicker to just close them down.

“Perhaps what Fairfax should do is put a list of what publications it wants to keep and which ones it doesn’t and see what level of interest there is,” Mr Cox said.

There might be local interests willing to invest in their local paper to keep it going, or others that might come in from outside. Media interests in one location might also combine their web, TV and radio resources to save money.

But the other big media company, Newscorp, which already has its own stable of regional sites, was unlikely to be in the market because it was under huge pressures itself to cut costs as revenue continued to dry up.

Mr Cox said that the other consequence could be the ABC being asked to fill the growing content gap in the regions, except that, with an $80 million cut over three years, expansion seems unlikely.

He said that while Canberra was a strong market with a well-heeled, educated readership, once a paywall goes up life becomes tough.

“You do reduce the number of people viewing your paper, so for advertisers that’s less people who are going to see them in the area they’re selling into, and because of that it’s a bit of a vicious circle as you continue the spiral downwards,” he said.

Assistant Professor in journalism at the University of Canberra, Dr Caroline Fisher says going behind a paywall is risky and a big test of loyalty.

“You’ve really got to offer really strong content, niche content that you can’t get anywhere else, and at the moment the amount of local coverage in the Canberra Times has been shrinking so if they are going to go behind a paywall they’re going to really want to offer a whole bunch of local Canberra content that we can’t get elsewhere,” she said.

“If that’s the model that they’re going with then that’s great, it’ll be great to see that extra content but if they’re going behind a paywall and a lot of their content is already published in other Fairfax mastheads then that raise questions about its success.”

Fisher said the merger had created increased uncertainty in the media and if any sites were to close that would be a terrible loss.

She hoped other players would be prepared to step in or that local interests would come forward as they had in some communities.

The Guardian Australia model of sponsorship and memberships might also be a way forward.

Mr Cox said the big lesson was to find a niche market and a viable financial model in the digital environment.

“The way that regional media has to survive is that it has to have a relationship with its local community, and service that local community and hope that people would be prepared to buy the newspaper or online,” he said.

“But that is not an easy trick to pull off.”

Fairfax progressively gutted The Canberra Times and it is now not worth a paywall. A sad demise for a once good local paper. Its only saving grace in recent times has been as pretty much the sole media outlet trying to keep an arrogant ACT government accountable. They can’t do that from behind a paywall. And as far as I can tell the Riot Act, for all its virtues, is not resourced to do so.

I bet the poor FauxFacts journos thought they might get lucky and merge with their ABC.

I don’t mind paying $32 per month for subscription to The Australian, their contributors are more balanced than those published in Fairfax. Free access to Fairfax is good value, wouldn’t pay, as Capital Retro says below Fairfax’s letter writers are a constant, repetitive and tedious bunch, same goes for their “luvvie” articles on matters political.
The Oz also provides far more opportunity for reader comments. Fairfax publish very few of mine, most go to the bin, particularly, it seems, if I question a sacred cow such as yesterday when I commented on the speech given by David Attenborough.

I think Fairfax made the wrong call in virtually abandoning any pretence at impartiality. The inner city, Green-left politics which the Fairfax mastheads increasingly reflect, is mostly held by youngish urbanites, who are generally digital consumers who have grown up in a world where they can consume only the ‘facts’ that match their worldview.
They don’t tend to buy newspapers or pay for for information online.

Most of the serious articles in the Canberra Times come from the AGE or SMH. No way I would pay for the Times.

I read the free copy at Sthn X club after my Gym session.

“Having to pay online for news has never taken in this country and it could send it into a death spiral”.
Interesting claim.
1) It could be argued that the Canberra Times has been in a death spiral for some years – just take a look at its circulation figures, and 2) readership of The Australian has actually been doing quite well behind its paywall.

If it means the “churning” of letters to the editor stops it will be a good thing.

I really can’t see why letters written to the editors of other Fairfax papers concerning national subject matters (usually politics) have to be published in the Canberra times.

I believe that letters to the editor of the Canberra Times should only be from readers in Canberra and relate only to local issues.

The reason the CT has to publish interstate letters is because they no longer have many readers or contributors left, and they have to bus in letters from out of town to fill the spaces on the letters page. – John Moulis, former reader and letter writer to The Canberra Times.

Agree in all respects John.

You could be right as most of the “out of Canberra” comments are opinions selectively skewed to the left as are most of the local ones for that matter.

They knock back every letter to the editor I send them and none of them were political.

As they say in the classics, you reap what you sow. I worked as a journalist/editor for many years on professionally produced, exclusively local-content free Canberra newspapers. Most of them were privately owned by Canberra residents. But they failed for two reasons: 1. Canberra residents and advertisers would not accept free newspapers as legitimate news sources competing with the Canberra Times. 2. They were wiped out of business because the then Canberra Times management saw them as legitimate competition and used all their resources to force the competition out of the local media scene. If they had been accepted and supported they would be around today providing Canberrans with strong quality local news and sport. 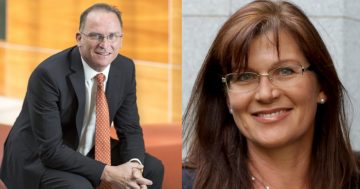 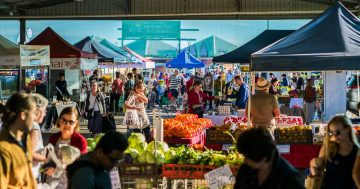