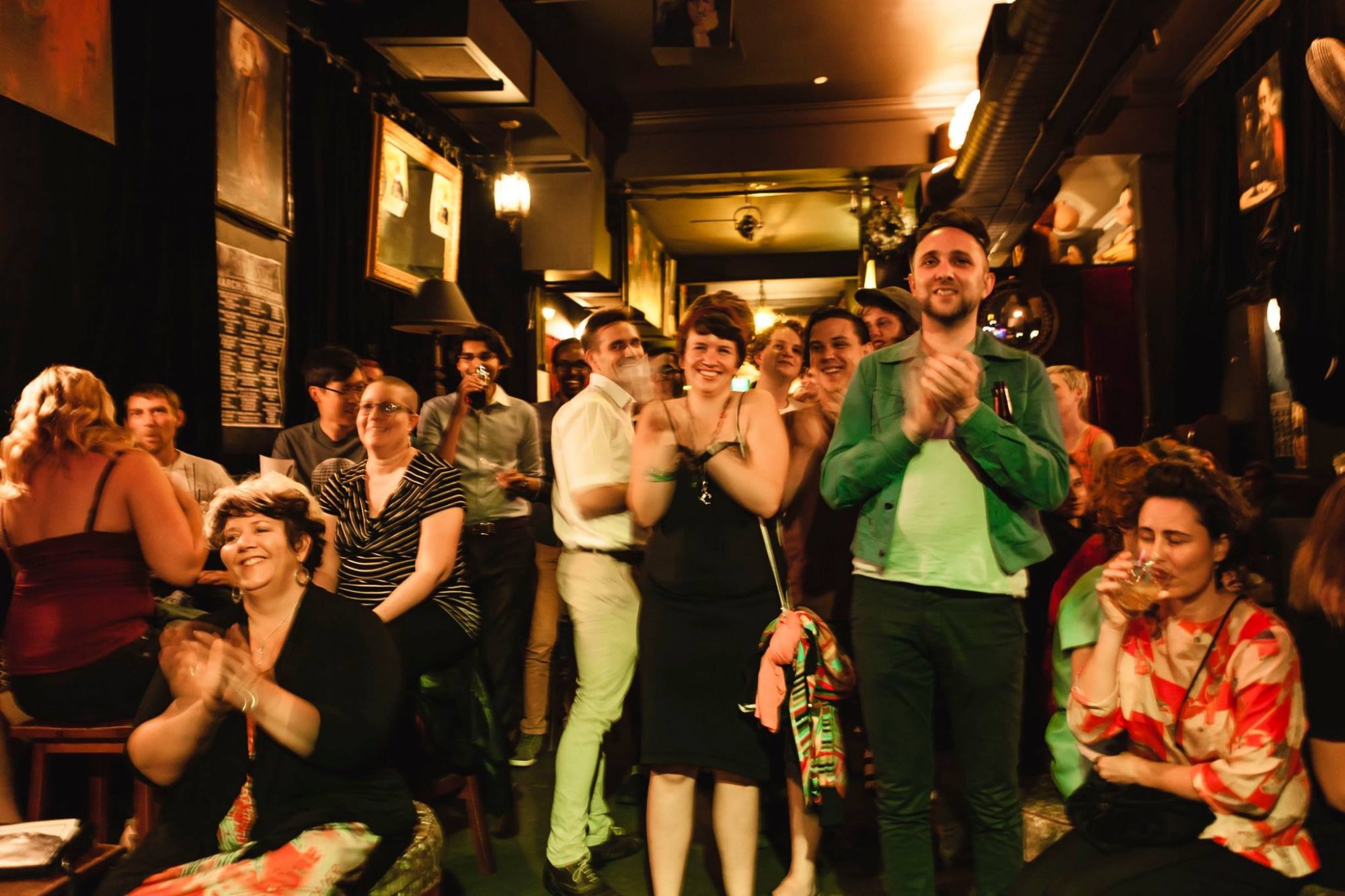 Five days. Over 90 artists and organisations, and over 70 events. There is an almost dizzy array of events as part of Canberra’s third Noted Writers Festival. Noted is aimed at anyone who loves to write, and unlike other writers’ festivals, its artists are anyone who identifies as a writer – a categorisation that allows Noted to explore some innovative and edgy ground.

I attended some of Noted’s events last year and was pleased to note (yes, pun intended) that this year’s program is both crisper and fuller. Scanning down the list, I have identified around five events that I want to attend (of which two are on at the same time – hard choices!). The diversity and abundance of artists who are participating is a stand out feature of Noted. The line-up includes everything from horror writers, comedians, authors of Asian-Australian chick lit, award-winning bloggers and poets. 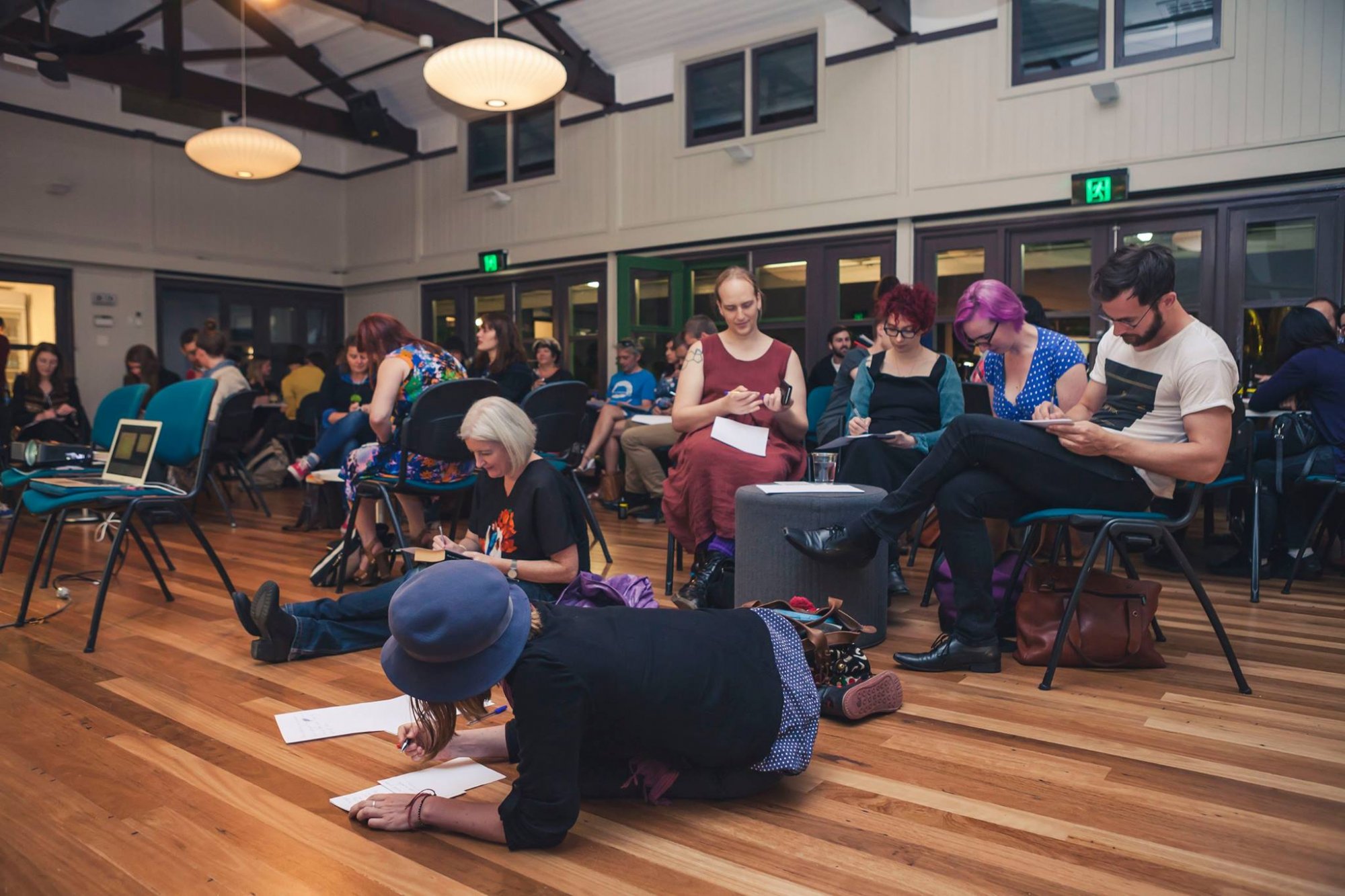 Noted is the brainchild of a small group of local Canberra producers who asked the question: why should they have to go to Sydney or Melbourne to participate in a writer’s festival when there was already an amazing literary community in the nation’s capital.

“The writing community in Canberra is incredibly rich and there is so much going on,” said Lucy Nelson, Artistic Director. “Canberra is full of people with politically engaged and inquiring minds. This often translates to them being writers themselves or having an interest in great writing. And then there’s the indie publishing scene which is already thriving and feeding that interest, offering fantastic opportunities for people who love to write. When you take all of that into account, the lit scene in Canberra is punching far above its weight.”

Canberra is now fortunate to have not one but two writing festivals with the commencement late last year of the Canberra Writers Festival. “It is great that Canberra now has more than one writers’ festival,” said Lucy. “Our point of difference is in encouraging local and independent artists to push new ideas. We also celebrate diversity.”

The two events that I really, really want to go to both take place on Thursday 4 May. One is the launch of the Canberra Women Writers Network at the Gorman Arts Centre, featuring artists Rhyll Biest, Bec Fleming, Rose Chen and Stella Frances. If you are a woman in Canberra with an interest in writing (like me for instance), this is an event for you.

The second event is really cool and in itself shows why Noted is so chilled and hip compared with traditional writers’ festivals. The Canberra Wine House at The Dickson Tradies will be the relaxed venue for Writers Uncorked: A smorgasboard of literary conversation. Basically, you can sip on some quality Canberra (of course) wine of choice and hear a conversation with up to eight writers, including Canberra horror queen Kaaron Warren. “At traditional writers’ festivals, there is barrier between the writer on stage and the audience,” said Lucy. “If you are very lucky, you might be able to bump into a writer while queuing up at a bar. But here the line between writer and reader is completely blurred.”

Melbourne isn’t the only city famous for its arcades and laneways. On Saturday, a group of artists including award-winning millennial writer Shu-Ling Chua will lead a walking recital through Civic in search of Canberra’s lost arcades.

Children aren’t forgotten, either. For people living south of the lake, there is a series of kids workshops on Saturday 6 May at Harry Hartog in Westfield Woden. On the finale day of Sunday, Gorman House plays host to a range of activities. I am looking forward to taking my kidlets along to the story corner, where they can be entranced for a little while by storytellers including Jaqueline de Rose-Ahern and Michelle Worthington. Or, if they are feeling more creative, they can contribute to a picture book, facilitated by author Cate Whittle. If they were a bit older, I would encourage them to participate in a tailored children’s writing workshop. And no, I’m not a Tiger Mum but these sessions look really cool.

Noted Festival is being held in various venues, including Gorman Arts Centre, from 3 to 7 May. All events (except for two) are free to attend.

Thanks Suzanne. That event in particular does look good.

Great article, Serina – I will be attending the Thursday event at Gorman House too – see you there:-)

Kacey Butterworth - 4 hours ago
Tim, let’s move. View
Jodie Kerec - 5 hours ago
Lisa Van Schieveen we could live here together. View
Gabrielle Driver - 7 hours ago
Lauren Edney look how nice it is. I'd have the cottage View
Sport 7