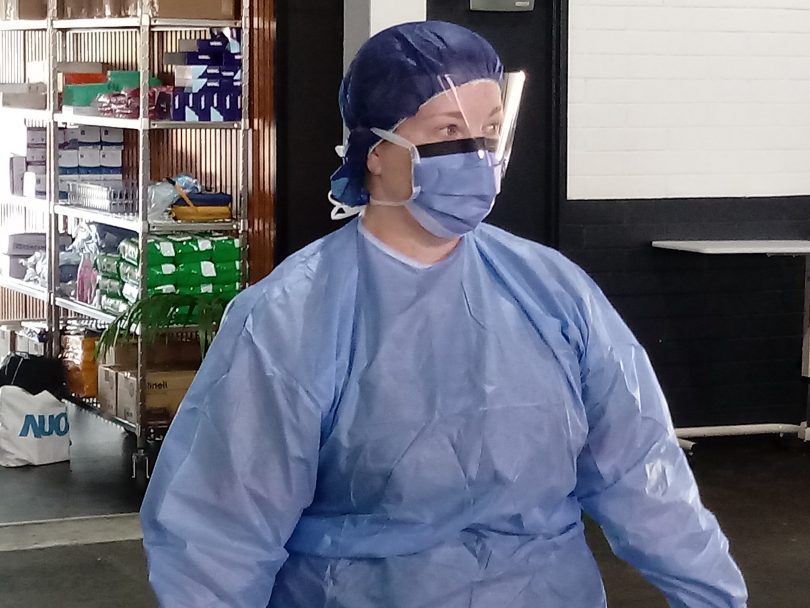 The three cases have all been overseas. Photo: Ian Bushnell.

Three more cases of COVID-19 coronavirus have been confirmed in the ACT, bringing the total number to nine.

The man and two women have all returned to Canberra from travelling overseas, meaning there is still no community transmission in the ACT. Of the ACT’s nine cases, seven contracted the virus overseas while the other two caught it interstate.

Two of the three were infectious in transit and health officials are trying to trace fellow passengers on domestic and international flights.

The seventh case is a man aged in his 70s who had self-quarantined but has now been admitted to hospital.

A small number of travelling close contacts have been identified and contacted and are self-quarantining.

ACT Health is also trying to identify passengers in rows 79-83 on Qatar Airways flight QR908 from Doha to Sydney, which arrived on 17 March, who are considered close contacts.

People in rows 12-16 on Virgin flight VA672 from Sydney to Canberra, arriving at 9:30 pm on 17 March, are also considered close contacts.

Any Canberrans sitting in these specific rows are asked to call the Communicable Disease Control Section of ACT Health on (02) 5124 9213 for further advice.

Anyone else travelling on these flights in other rows is not considered to be a close contact, but as a precaution, should monitor their health until 31 March.

The eighth case is a woman aged her 60s who was also on a Qatar Airways flight, on 16 March. She has self-quarantined and is now isolating with ACT Health support.

A small number of household close contacts have been identified and will be contacted today.

The woman travelled on flight QR906 from Doha to Canberra, via Sydney, which arrived at 6:10 am on 16 March, but ACT Health does not yet know her seat location.

Any Canberran who was on the flight is considered to be a close contact and should call the Communicable Disease Control Section of ACT Health on (02) 5124 9213 for further advice.

The ninth case is a woman aged in her 50s, who has self-quarantined and is now isolating with ACT Health support.

She was not infectious during her return travel to Australia so there are no close travel contacts.

A small number of household close contacts have been identified and contacted, and are self-quarantining.

Chief Health Officer Dr Kerryn Coleman says all patients are well and the ACT’s is getting close to having its first recovery case, with those infected having to go a certain number of days without symptoms before they can be given the all-clear.

Recovery statistics would also be made available on the ACT Health website soon, she said.

Everybody entering Australia on international flights from 16 March is required to self-quarantine for two weeks.

For people who are being asked to self-quarantine, and for updated COVID-19 advice see the ACT Health website.

People who are concerned and want further information on the virus, can also call the Australian Government’s Coronavirus Health Information Line on 1800 020 080. The line operates 24 hours a day, seven days a week.

Regarding social distancing, does anyone know of petrol stations in the ACT that have pay-at-the-pump (with no need to go inside)?

Why aren’t they telling us in which area these people live? All we need to know is if they are in Belconnen, Tuggeranong, Weston Creek, Gunghalin etc.

These people who are self quarantining deserve medals! Thank you for keeping me and my family and friends safe. I know it must be hard but we all are so thankful for what you are doing and we pray you will recover 100%.

As the current Covid-19 testing is focused on international travellers (and now health workers), we really do not know much about potential community level transmission. The ‘sample’ naturally biases/skews the results towards travellers. Also, why are people allowed to jump off international flights and take connecting transport with no serious precautions. Time and again, the health agencies in different locations have to ask people sitting in nearby rows to come forward. This does not make much sense in terms of reducing transmission, especially if infected people took a taxi, etc. 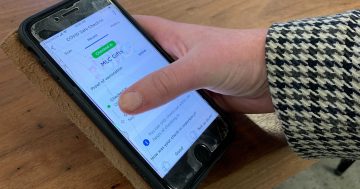