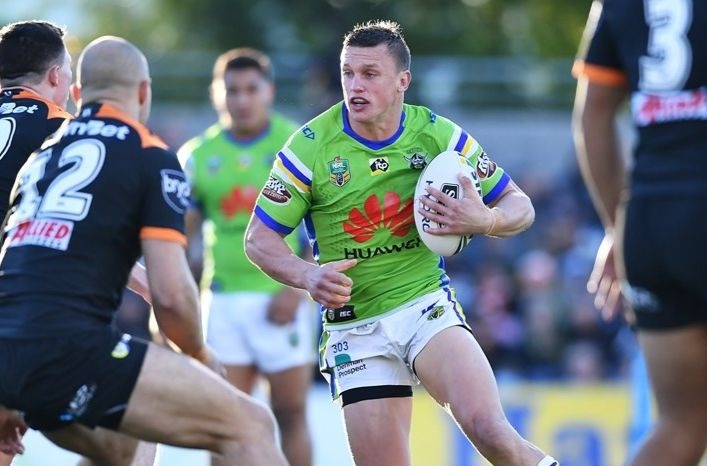 Jack Wighton was given a six-week suspension by the Raiders. Photos: Supplied

The NRL looks set to enforce a longer suspension on Raiders’ Jack Wighton after NRL Chief Executive Todd Greenberg suggested the Raiders’ proposed punishment does not fit the crime.

Earlier this week, the Raiders announced that the club had imposed a six-match ban on the fullback after he pleaded guilty to two charges of assault occasioning actual bodily harm, three counts of common assault, and one charge of public urination.

Greenberg said that he had seen CCTV footage of the incident outside a Canberra nightclub and said that he wanted a longer suspension for the troubled fullback.

“We’ve viewed the footage and in our view, it will warrant a stronger action than [six weeks], and that will be a discussion we will have directly with the Canberra club over the next couple of days,” Greenberg said.

“We made our feelings pretty clear to Canberra. They made a decision. Ultimately the power rests with us to come over the top if we don’t think the sanction is high enough.”

Wighton has already missed matches against the Broncos and Bulldogs and was expected to be available for selection in round 22 against the Wests Tigers. 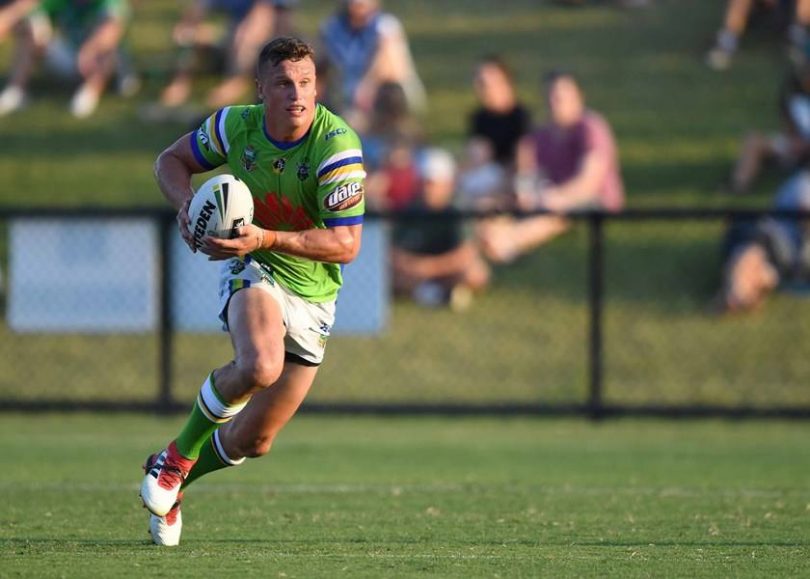 The Raiders handed their suspension to the fullback following their own internal analysis of the situation.

With Wighton’s hearing scheduled for November 14, the Raiders Board settled on the six-week ban after taking into account a range of facts in determining the sentence, including his health and wellbeing, his rehabilitation program, his upcoming community work with PCYC Canberra, and his future Court sentencing.

The Raiders said Wighton had also made moves to engage with the victims of his offence in February, agreeing to Restorative Justice, which would allow him an opportunity to repair the harm done by his offence.

Raiders Chairman Dr Allan Hawke said the Raiders would continue to work with Wighton to ensure he is taking the appropriate measures in his rehabilitation.

“We will continue to work with Jack to help him address the issues he’s facing, his welfare, his well-being and his rehabilitation,” Dr Hawke said.

“Jack has already taken some positive steps in this process and we will continue to ensure he’s doing everything he can to continue in this direction.”

Greenberg said the NRL will continue to discuss the length of the suspension with the Raiders in the coming days and acknowledged their clubs previous hard stance on players’ misdemeanours in the past.

“What I am foreshadowing is that there will be a discussion had with Canberra. We have always maintained that players at clubs are their employees and they set the culture within their clubs,” Greenberg said.

“To be frank, Canberra have done a very good job of that over a long period of time, making hard decisions around players.”

Yes Tricia, it does sound familiar. The Raiders are about to be handled again.

PS: Is the great Barry Beath a relation?

I'm wondering if the Raiders took a harsher stand eg ending Jack's contract, would the NRL still allow him to be picked up by other clubs to go onto play for State and Australia? Sound familiar?

How many clubs were "Allowed" to pick up Todd Carney ?

Warren Warrenson - 3 hours ago
Those are some big days… carrying packs or with support vehicles etc? View
Xuan Le - 5 hours ago
I wish I knew this earlier.... View
Sport 1