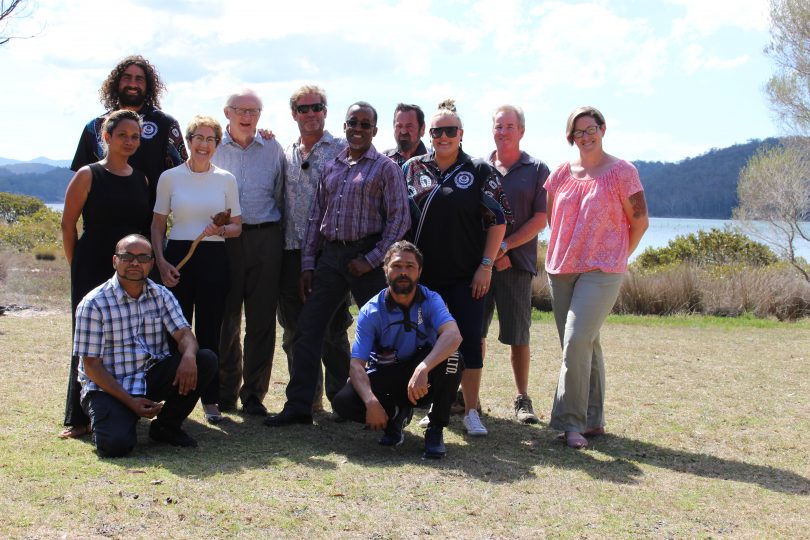 There is no mid-life crisis brewing at Twofold Aboriginal Corporation. Instead, the organisation is approaching its 40th birthday celebrations with more energy, direction and vigour than ever.

In the last fortnight, Twofold has played host to the NSW Governor, Margaret Beazley, and leaders from the Australian National University in Canberra, all in the run-up to this Saturday’s community birthday celebration.

Twofold was created as a not for profit organisation in 1979 to enhance the living conditions of Aboriginal people in the Twofold Bay region in the southern Bega Valley.

Jigamy Farm, on the shores of Pambula Lake, has been home base since the early 80s, initially developed as a strawberry farm with oyster-processing sheds added later. Now Twofold Aboriginal Corporation is a powerhouse of care, jobs and culture, offering training and employment opportunities for the local Aboriginal people across the aged care and disability sectors, building and construction, hospitality, community housing, cultural and education programs. 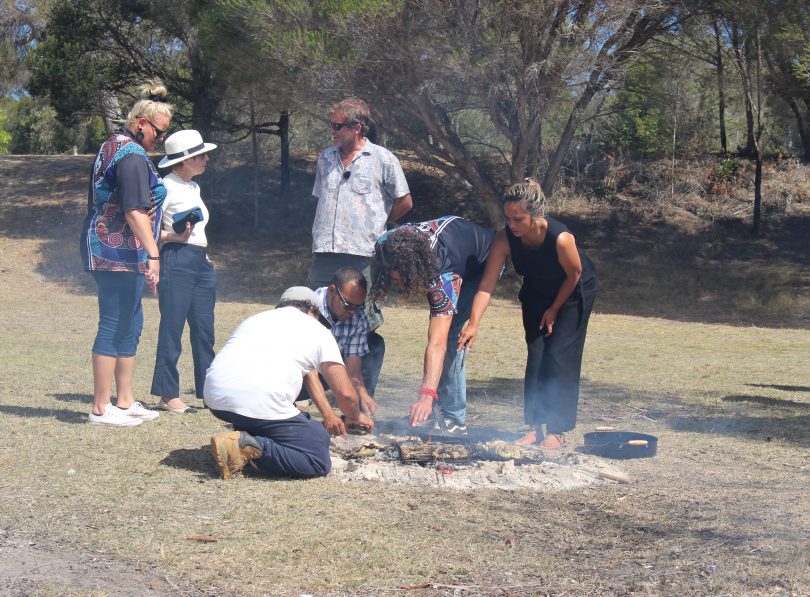 Cooking up a feast of local oysters, mussels and abalone on an open fire, NSW Governor chats with Chris Bird. Photo: Ian Campbell.

Speaking with Region Media, NSW Governor Margaret Beazley says she has been impressed with what she has seen.

“As Governor you really need to know what is going on in the community and take those stories back to the government,” Mrs Beazley says.

“If you look at this [Twofold] as a business it is very soundly based – a properly set up board, very strong protocols, its financial position is going from strength to strength, it’s a very focussed organisation.” 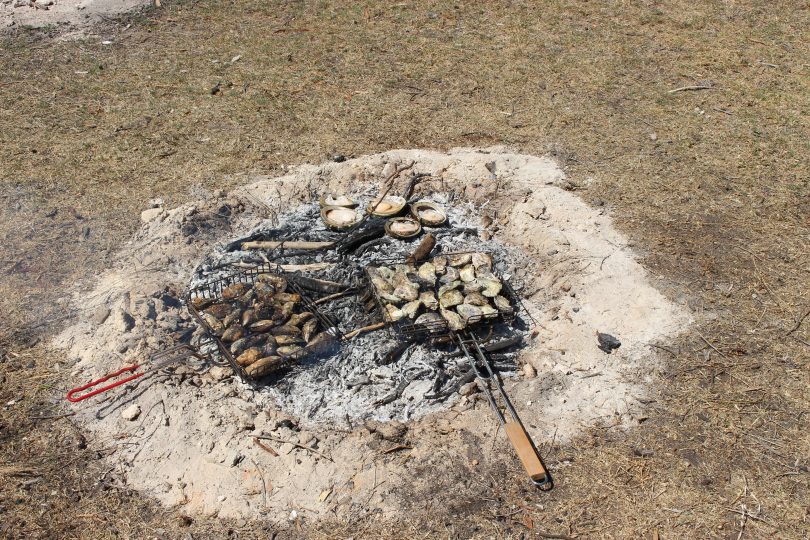 Straight from the waters of the Far South Coast, a feasts fit for a Governor. Photo: Ian Campbell.

The symbolism of the Governor’s visit was not lost on her: Her Excellency was representing the oldest European foundations of Australia meeting with representations of our First Nations people.

Mrs Beazley, who was the first female judge appointed to the Federal Court of Australia, says time and knowledge shared together is key to reconciliation.

“One of the things that is really starting to happen is that the European community is really understanding the need to learn what was here and what is here and to go forward with that knowledge,” she says.

LIVE at Jigamy on the shores of Pambula Lake with Twofold Aboriginal Corporation and the Governor of New South Wales Margaret Beazley.

Posted by About Regional on Saturday, November 16, 2019

Following a feed of abalone, mussels and oysters cooked on an open fire, the 39th NSW Governor headed west for stops in Cooma and Jindabyne.

Just days later the Twofold crew welcomed a delegation from the Australian National University in Canberra, a mix of artists, scientists and professors from across ANU’s faculties.

As Twofold Chair Nathan Lygon welcomed them to country and spoke of the spirits he feels in the lands and waters of the region, a flock of around 30 yellow and red-tailed Black Cockatoos took flight from the surrounding tea trees as if signalling their approval of this new relationship. 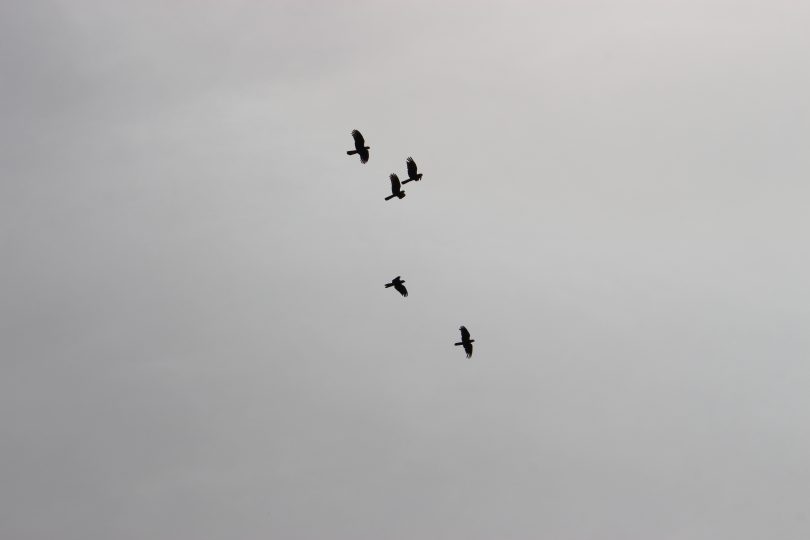 Black Cockatoos give their seal of approval to the growing ANU – Twofold relationship. Photo: Ian Campbell.

“For the National University, one of our key ambitions is to make a difference to Indigenous Australia and here we have in our region a highly successful corporation who are natural partners,” says ANU Vice-Chancellor Brian Schmidt.

“Hopefully we can create a pathway for education for the next generation of Yuin People.

“And at the same time for us, learn how things work here and how we think about Australia.” 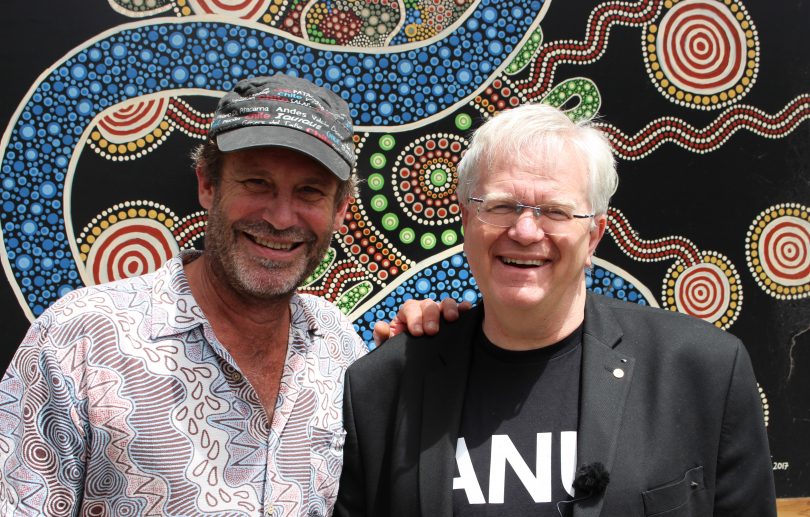 The relationship is off and running in many respects, with six ANU interns starting work this month with CEO Chris Bird and his team at Twofold.

“They’re from the School of Business and Economics and doing a summer program – hardcore students who just can’t put their books down,” Chris laughs.

“They are amazing people. Two of the students are from China, two from Malaysia and two from Australia who are at the top of the Business School. They are going to look at all aspects of our back office and help bring us into a stronger space.”

Like the NSW Governor, active reconciliation is a key motivator for the Vice-Chancellor.

“Australia is waking up to the fact that reconciliation is actually talking and doing things together and that it’s fun, it’s exciting and it’s rewarding,” he says.

“It’s being able to sit down and take the time, getting to know people, creating the opportunities [and asking] how can we help each other?”

Chris adds with a laugh, “this is reconciliation on steroids”. 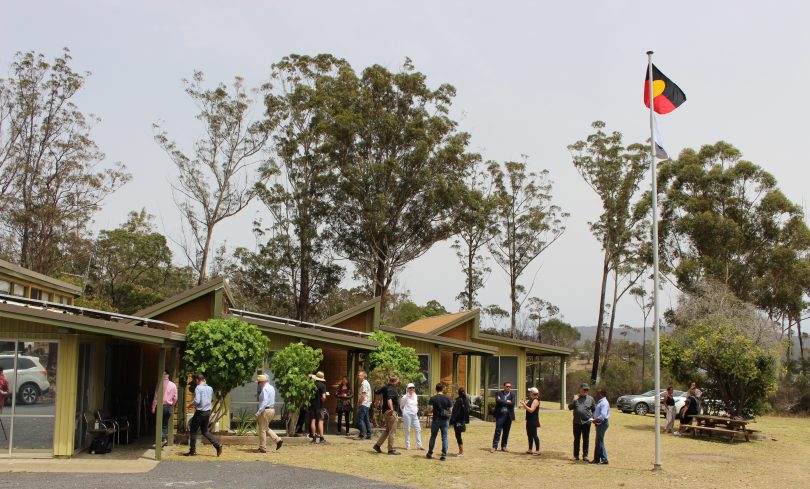 The whole community is invited to take part in the 40th birthday celebrations of Twofold Aboriginal Corporation at Jigamy Farm this Saturday, 30 November.

Activities on the day will include:

Jigamy is on the Princes Highway, south of Pambula.