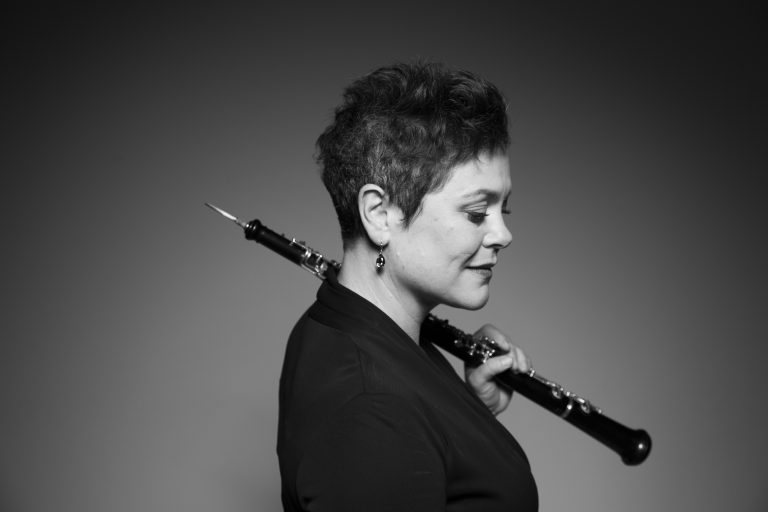 In a coup for the Canberra Symphony Orchestra, celebrated Australian oboeist Diana Doherty will be its Artist in Focus for the 2019 season, unveiled at the National Portrait Gallery on Tuesday night (14 August).

Described by Chief Conductor and Artistic Director Dr Nicholas Milton, as the most famous wind player in the country and an extraordinary, captivating performer, Doherty will perform extensively across the season in ActewAGL Llewellyn Series, The Canberra Weekly Classic Afternoon concert, and the innovative Australian Series presented by Singapore Airlines.

Dr Milton said the idea of the Artist in Focus program was to find one artist who was truly a legend and an extraordinarily inspirational performer, not just for a single concert but to find ways that that person could interact with the orchestra and the audience in deeper ways to make the experience more meaningful.

Doherty told the season launch that it was an extraordinary honour to be chosen and was a first for her career.

“It’s a brilliant idea, the idea that you really get to know an orchestra and a town intimately, and really have the opportunity to explore what the oboe can do as well,” she said.

Doherty will perform Nigel Westlake’s Spirit of the Wild with the CSO in April, a more intimate recital with pianist Bernadette Harvey at the new venue of University House in March and at the reopening of the National Portrait Gallery in October in the Australian Series that showcases new Australian compositions, curated by Professor Matthew Hindson.

And in what Dr Milton said was a unique event in the Australian musical calendar, Doherty will direct the orchestra in a selection of Bach, Mozart and Vaughan Williams in the Classic Afternoon Concert in September.

Highlights of the 2019 season year include Tchaikovsky’s Pathetique Symphony, Mendelssohn’s Scottish Symphony, and Ravel’s orchestration of Mussorgsky’s Pictures at an Exhibition, as well as Sibelius’s epic Finlandia. 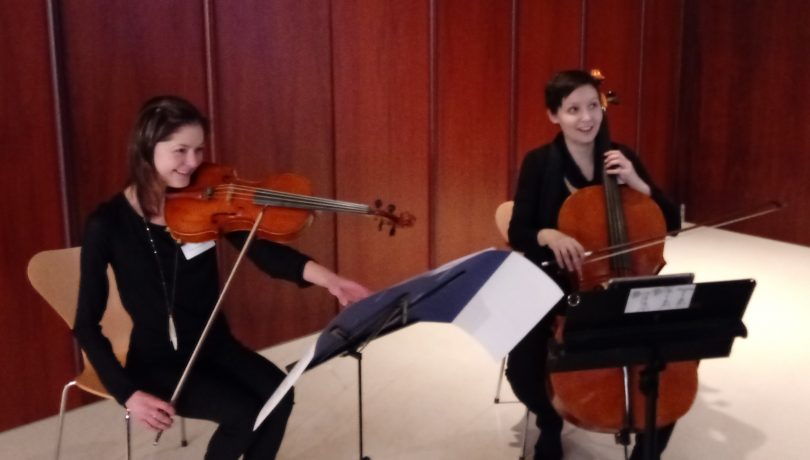 Audiences will also take an operatic journey from Monteverdi to Sondheim in the CSO Opera Gala, and all the glitz and glamour of Broadway and the West End in the Shell Prom at Government House in November.

As well as Doherty, several other Australian soloists will take to the 2019 stage including pianist Andrea Lam, guitarists Slava and Leonard Grigoryan, and not one but two cellists; David Pereira performing a new work by Ken and Kirsten Lampl, and the unforgettable Umberto Clerici performing Elgar’s Cello Concerto.

The coming season will also welcome the new CSO Kingsland Resident Artists Program which answers the orchestra’s and community’s need for well qualified musicians and teachers.

Made possible by the extraordinary contribution from the Kingsland family, additional donations and a collective will to build a sustainable CSO, the program’s inaugural artists are violist Alina Zamfir and cellist Julia Janiszewski.

“The notion of inviting the fellows to the orchestra is essentially to grow the community within here in Canberra and to send these musicians into the profession with all the support they can get,” Dr Milton said.

“Every one of our performances promises to be a wonderful adventure,” Dr Milton said.

Cary Elliot Johnson - 2 hours ago
Get out. And i was feeling positive about asking Mr Gentleman about getting a Batcave Interchange developed in Lanyon. Booooo... View
Gloria Altinger - 3 hours ago
Could have bought all Canberrans an a electric car for what they spent on the tram...... View
Ric Hingee - 3 hours ago
So why wasn't the tram also canned? View
ACT Election 11

Jason Preston - 3 hours ago
Buying your vote with your kids View
Jesse Mahoney - 7 hours ago
Y'all are arguing with someone who likes Pauline Hanson. I wouldn't waste your energy View
John Hartley - 7 hours ago
Labour drunk on money till there is none left then tax go up there a joke and have and will be for a long time View
Lifestyle 8

CSO to showcase rising Australian talent in night of love, death and ecstasy