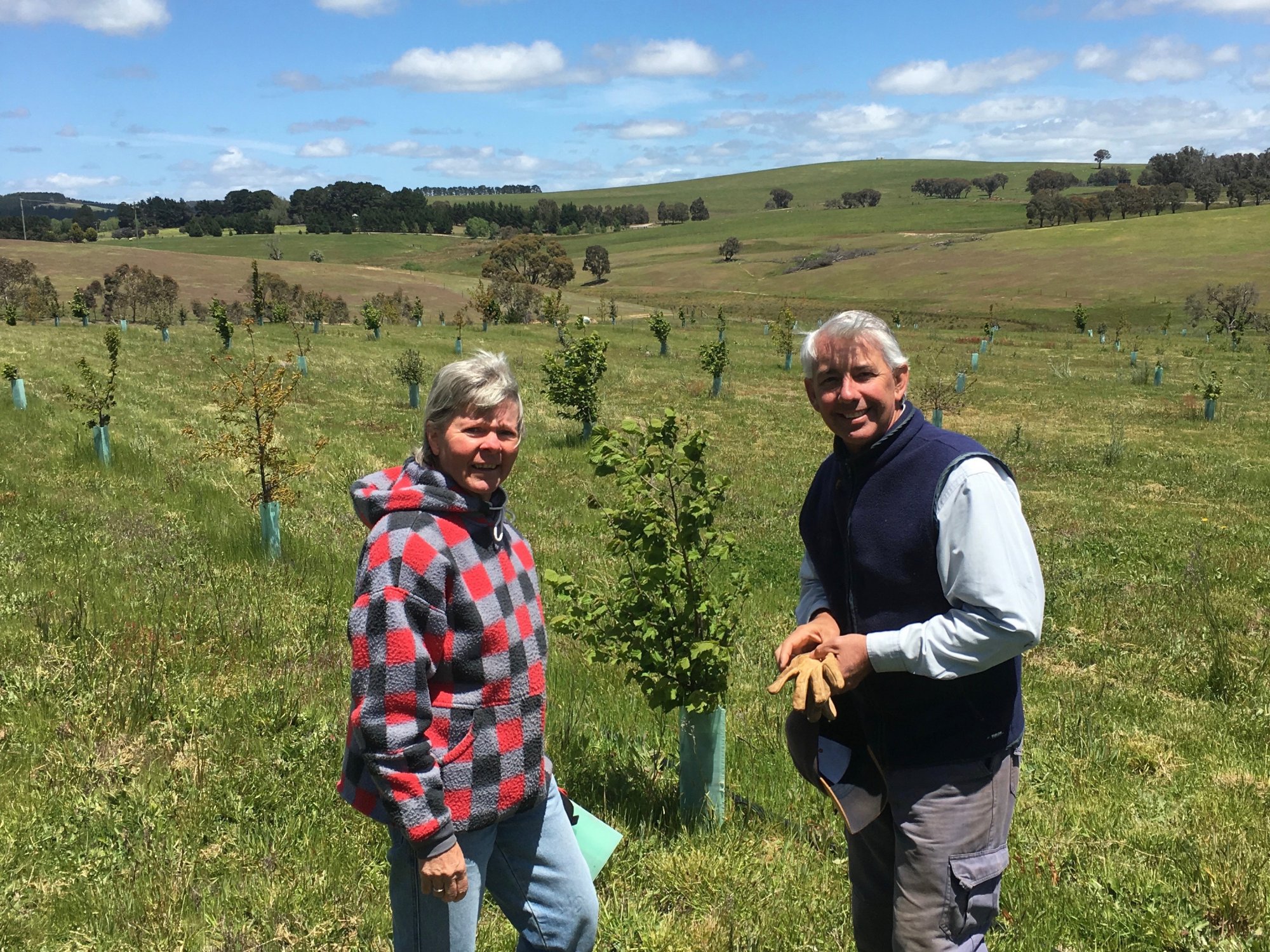 As foreboding as a mangrove swamp, the windswept valley’s icy blasts warned Christine and John Black, this place wasn’t for the light hearted.

Nine hundred metres above sea level, and 170 kilometres north of Canberra, massive frosts, heavy snow dumps and relentless wind tested their resolve. Now, after 18 years of living off-grid north of the bluestone village of Taralga, in an L-shaped home recycled from Sydney that arrived in three sections, the Blacks are expanding their home and businesses.

They named their 70-acre block Mangrove Farm to embrace nature’s way of generating new life in tough climates. They produce so much power they dump excess in summer.

Instead of paying for power poles to join the grid they invested in solar and wind. Outlay and upgrades to the 24, 800-watt solar panels and 1-kilowatt wind turbine and batteries over the 18 years totals $60,000.

“A lot of people say how long will it take you to pay it off?’’ Mrs Black said. “We don’t care what it takes. We are looking at it from the point that this is our decision, instead of a pay back thing where everyone wants to get their dollars back.’’

Mr Black adds, “The trick is not how much power you can produce, we can always produce enough, it is how well you can store it. It’s like rainfall, if you can store what you have got coming down it helps in the leaner times.’’

Developers in Canberra’s newest suburbs are tempting people with off-grid energy options, but the Blacks motivation was simply powering a three-bedroom home, office, three computers including one linked to a weather station, two freezers and two fridges.

They are going to treble their home’s size, grow and process truffles and continue expanding their consultancies and berry ventures. More than 400 trees in three varieties of oak and hazelnut inoculated with truffle spore were sown three years ago.

A workplace safety and traffic management consultant, Mr Black was involved in construction of Goulburn’s notorious Supermax prison, came face to face with backpack murder Ivan Milat -“we called him Uncle Ivan’’ – and recycled apple trees no longer wanted at the jail.

“The cold is ideal for berries, they are planted on the southern side of the slope of the valley, it keeps the roots cooler,’’ she said. Her mother Helen Jamieson sells out of the jam at a little shop in Moruya as quickly as she makes it.

Mangrove Farm’s winters punish as Mr Black found when pneumonia struck. They have been rewarded for the berry cover and water they have added, with red-browed fire tail finches that flit through fence netting, and regular visits from European goldfinch, superb blue wrens, bowerbirds, tree creepers and king parrots.

CAPTION: Christine and John Black check on the progress of their young oak and hazelnut trees at Mangrove Farm, north of Taralga. Photo: John Thistleton.

Heather Purvis - 3 hours ago
It can also depend on what subjects/electives are being offered/are available to the students - those seeking specific subjec... View
Connie Kaltoum - 5 hours ago
Hmmm. But I believe they do choose to contribute a fair bit out of their pocket ..... View
Jackie Fuller - 5 hours ago
Wealthy......some ppl are "far" from Wealthy. We just want better for our kids!...and will make sacrifice in other places Pri... View
News 26

Darcy Ryan - 4 hours ago
Meanwhile business owners and landlords are looking to abandon Canberra due to scandalous high rates and land taxes. Cmon lab... View
Eddie Majcic - 6 hours ago
Harm and abuse against someone's will, whether it be physical or emotional or something else is well covered in current legis... View
Russell Nankervis - 6 hours ago
I have seen no evidence of that from safe schools. View
Sport 9

Louise Hoffmann - 4 hours ago
Grew up playing softball with Lisa and Katrina. They were both very talented at what ever sports they played xx... View
Madeleine Powell - 5 hours ago
Of course. It would very un-powell not to haha View
Nicole Harrow - 5 hours ago
Carolyn Brassil thanks Cazza View
News 6

Guy Randell - 20 hours ago
Peter Chamberlain hey Pete, I thought the stands were able to be retractable at AIS. Pity would be a Cracking venue.... View
Community 6

July Williams - 22 hours ago
Why wouldn't the politicians need to isolate? They can be carriers, just like anyone else this is a one size fits all rule.... View
Colin Mitchell - 1 day ago
If every Health Department was on the same page and the rules are the same for everyone you wouldn't have this miscommunicati... View
Business 16

Chris Cross - 23 hours ago
Exactly right and they need to be. Adapt or die. Small business is constantly being challenged in that way... and its an inhe... View
show more show less
*Results are based on activity within last 7 days

@The_RiotACT @The_RiotACT
Meet Stevie, a super enthusiastic pooch who is ready to step out of the @rspcaact shelter and into a new forever home https://t.co/S8QW1yHa7M (6 hours ago)

@The_RiotACT @The_RiotACT
Looking to upsize? This corner-block property with four bedrooms + spectacular views could be the ideal place to call home https://t.co/UctSZNgD5B (7 hours ago)